The Kawaii Rejection of Society 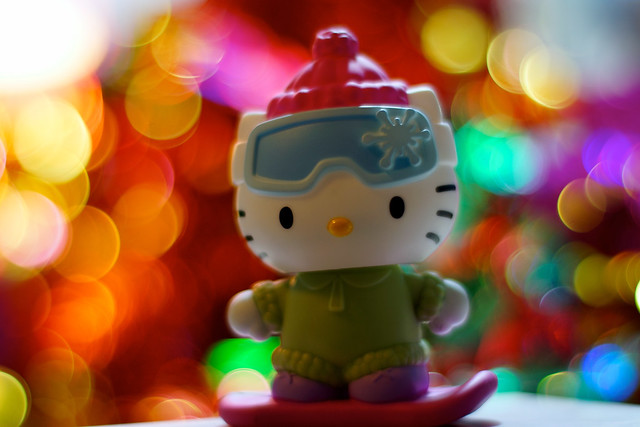 The Kawaii Rejection of Society

Japan is in the grips of a cult. But this is no religious extremism or political fanaticism. This cult is pink, it’s fluffy, and its ringleader is a cat with no mouth. I am, of course talking about ‘kawaii,’ the cult of cute that inspires so much of Japanese society. From toy poodles in adorable clothes to government agency mascots, kawaii is as much an element of Japanese culture as breakfast rice, overworked salarymen, and Beat Takeshi.  But there is more to this phenomenon than meets the eye.

What does ‘kawaii’ mean?

The word ‘kawaii’ has its origins in the phrase ‘kawayushi,’ meaning literally, a face that is radiant and aglow, which is often used to describe blushing. The phrase made its first appearance in Lady Murasaki’s eleventh-century classic ‘The Tale of Genji’ and can be found with regularity in dictionaries during the Taisho era (1912-1926). The kanji characters from which the word comes signify ‘able’ and ‘love’ (lovable), however the same characters can also be read as ‘kawaisou,’ meaning pitiful or pitiable, the inference used by Murasaki and later reflected in the Taisho dictionaries. As a result, the idea of kawaii came to represent someone that was both attractive and aglow, but also powerless, inspiring a sense of protectiveness in all those who look upon them.

The 1960s and early 1970s saw Japan enter a period of political turmoil. The post-war generation struggled to come to grips with their place in society as student activism rose to its violent peak. Women, in particular, were faced with changing societal ideals, pressurized to conform to one of two positions: the traditional carer of the home, or taking up a place in society through higher education and a career. 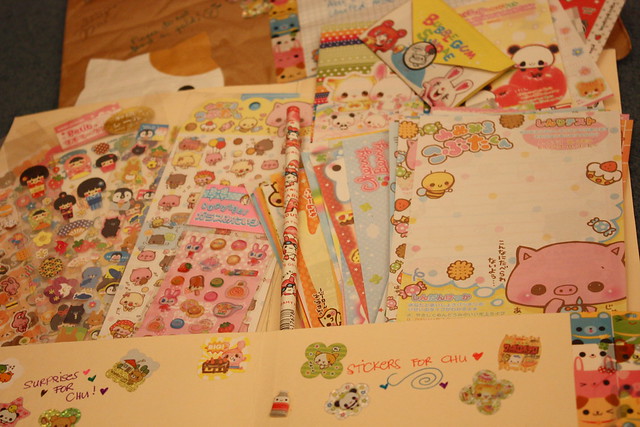 In the 1970s, young women wrote in rounded kanji on cute stationery

As student idealism began to wane in the mid-seventies, many young women chose to reject both of these cultural norms. One way of doing so was to regress to a more childlike state, adopting a style known as ‘burriko,’ or, ‘a woman who acts like a child,’ in doing so rejecting all responsibility. Behaviors like wearing cute clothes, refusing to go to lectures, reading manga instead of university-prescribed literature, are common, but the defining symbol of their status was a new style of handwriting, a rounded calligraphic style called ‘maruiji’ (round writing). Maruji features curvy lines, hearts, stars, and cartoon faces, all to distance themselves from the strict societal roles otherwise imposed upon them.

Kawaii in the mainstream

The 1980s was the first real kawaii era, with companies looking to commodify the growing culture through cute products and goods. This all at a time when the lack of opportunities afforded to women in the workplace had become more apparent and the expectation that they should return to the home gathered momentum. Instead, women put their energies – and importantly, their money – into acquiring kawaii goods, highlighting their position as consumers rather than producers. By remaining in this carefree state, they advertised their denial of traditional female roles and the subjugation they implied.

The market was by now awash with kawaii products. Beginning with Hello Kitty in 1974, kawaii was now big business, with the adorable products industry growing year-on-year. But just as kawaii became a recognizable aspect of the Japanese mainstream, it returned to its rebellious side.

Following the bursting of the Japanese economic bubble in the early 1990s, once again the country’s youth sought out their place in society. The lack of employment meant that women’s roles were further marginalized, and they were deprived of power and independence in society, by turning to kawaii culture they were able to own their status of piteousness. However, reflecting the uncertainty of the times, this incarnation of kawaii came with a darker side, with the lolita and gothic lolita fashions exposing anxiety about their powerlessness. At the same time, brought up to believe in their societal dominance and promised ‘jobs for life,’ young Japanese men saw their prospects likewise diminished by the failing economy and turned to kawaii as a reflection of their helplessness. No longer was the Japanese male ideal the robust and hard-working salaryman. He had now become a frivolous consumer, enamored by all things cute, regressing as his female counterparts had done twenty years before, in defiance of the standards of Japan’s patriarchal society.

The second age of kawaii

Perhaps the greatest signifier of kawaii’s resurgence in the mid-90s is the revival of Hello Kitty, with ‘Kitty-chan’ becoming omnipresent not only at home but in the west. Looking to capitalize, major corporations such as banks, NHK, and governmental departments began to use mascots to soften their public images, as well as to target not only the youth market but also men and women in their thirties.

Today there is no escaping kawaii culture. It is on television, on every advertising billboard and, in the form of mascots, at tourist destinations. But even so, it remains a form of rebellion from imposed societal norms. From childlike pop idols of both genders who proffer images of helpless adorability instead of traditional gender norms and procreative roles, to modern ‘shimai-oyako’ mothers who act like ‘sisters’ to their daughters, the pursuit of kawaii continues as a form of rejection. A quest to claim power over the self by, ironically, rejecting societal authority and embracing subservience.

As a result, these movements, like those prominent since the 1970s, cannot easily be dismissed as fluffy cute nonsense.

They are symptoms and signifiers of where Japan stands as a nation, right here and now.