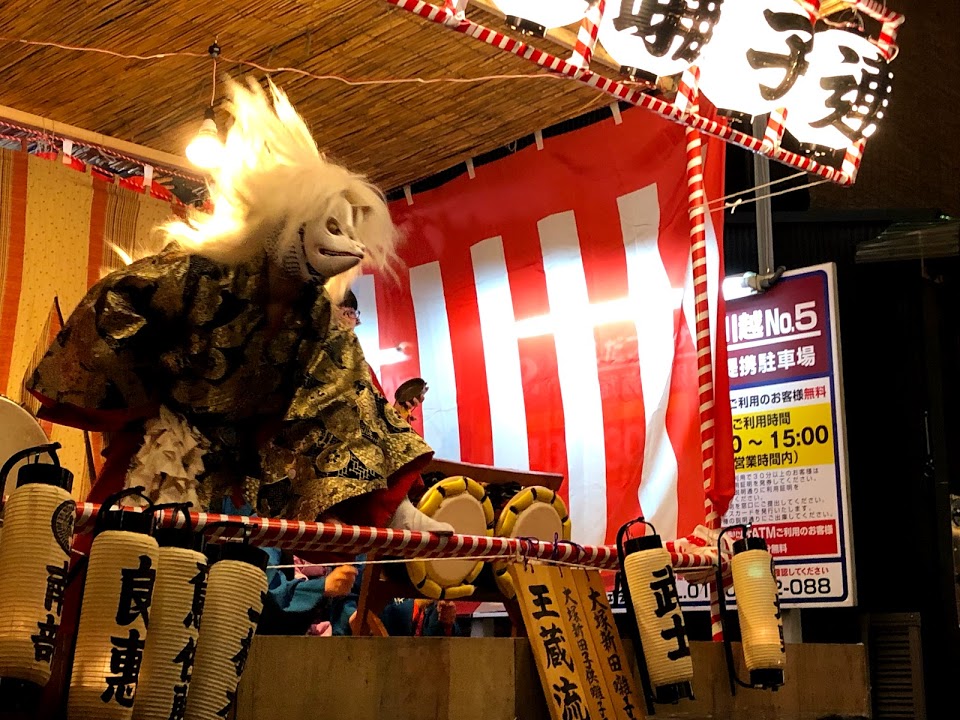 Taking place annually on the 3rd Saturday and Sunday of October, the Kawagoe Festival is the pride of the City of Kawagoe every year and has over 360 years of traditions behind it.  The entire “Little Edo” area of town is blocked off to automobile traffic and the Karazukuri Old Warehouse zone comes alive with dashi floats, traditional drum and flute bands, lion, and jester dancers.

Starting out as the Jinkosai festival in 1648, you can visit Hikawa Shrine while you’re in the area and check out some of the first preserved festival instruments and garb.  In 1844 the festival floats being seen as the most popular part of the procession, the 10 neighborhoods of Kawagoe Village at that time decided to have one procession with each float representing the shrine in their neighborhood. To this day, each neighborhood shrine in Kawagoe is represented by its own float, hayashi dancers and musicians. Also, a number of visiting floats from around Japan are also invited every year to participate

Battle of the bands

The highlight of the city’s festival is called “hikkawase,” which is sort of a traditional battle of the bands…  After dark, the floats are lit up by lanterns and begin to parade around the streets with their bands perched up on top.  When two floats meet or catch up to one another, the bands on the floats will play music competitively, each trying to outperform the other. It’s a sight to behold; each handcrafted float costs upwards of ¥100 million (about US $930,000), takes years to make and is human-powered; the procession act as paladins pulling and pushing it through the streets, and rotating the “stage” to face their opposition floats in “battle.” 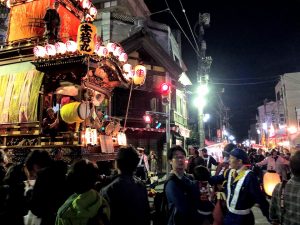 Among the floats, lanterns, music, people, and food, it is easy to see why this festival has grown over the past three centuries to become one of the biggest in the Tokyo area, if not in all Japan. Recently it was designated a “National Important Intangible Folk Cultural Property” of Japan. Kawagoe has not let this fact go un-marketed either; their website kawagoematsuri.jp is in nine different languages, multilingual staff are on hand in the train stations to give information and guidance, and they have even created a smartphone app to show where the floats are in real-time as well as where restrooms, food stands and a place to take a break can be located.

October 19 and 20 (the Sunday portion of the event is generally considered the most interesting).

Three train companies have stations in the area:

Photos by Jason L Gatewood except: