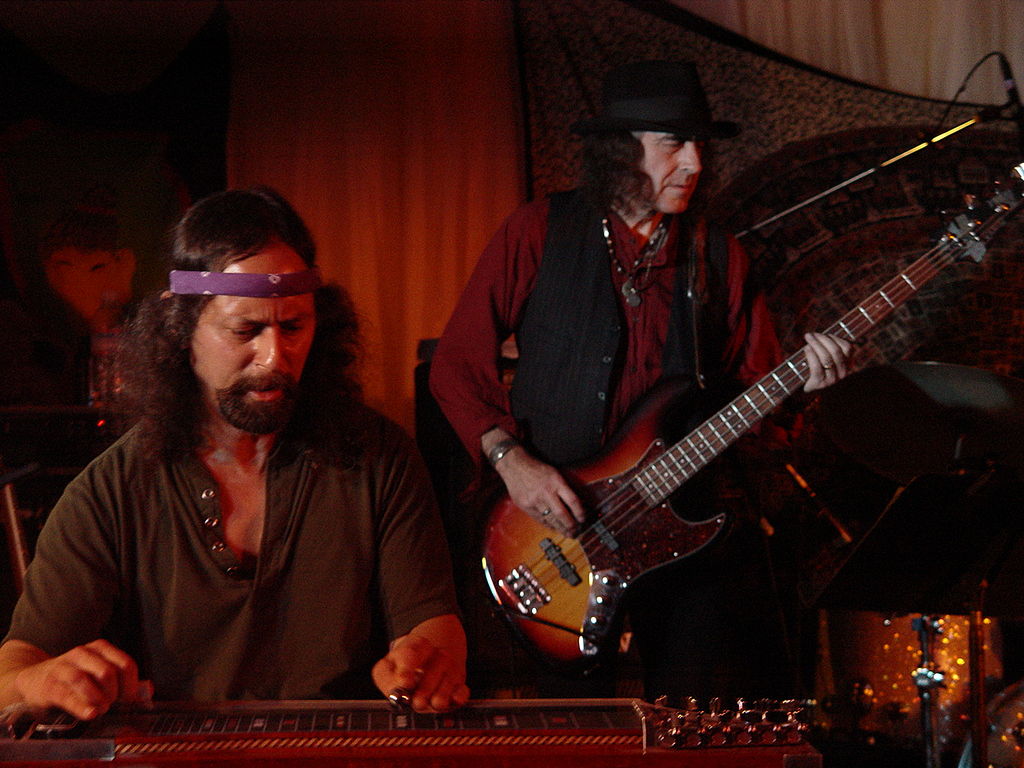 The 1960s have been immortalized as a time of cultural revolution in places like the United States and Europe. If anything the disruption was even greater in Japanese society. The country was awash in American culture after a generation of United States military influence in the years after World War II. Jazz and rock-and-roll dominated radio airwaves, pushing aside Japan’s traditionally tightly controlled music industry.

When the Beatles arrived for a set of five concerts in Tokyo’s Nippon Budokan Hall in 1966 (amidst death threats from Japanese traditionalists) the group used all local artists as opening acts. Their appearance was credited with energizing the country’s youth in charting a life course not dictated by their families. Afterwards Japan’s large cities began experiencing upheavals and protests not unlike urban centers in the West. This subversive underground movement of the youth culture got its own name: angura.

While young Japanese musicians and college students were imprinting their rejections of the traditional past in Tokyo clubs, a different musical subculture was evolving in the Kansai hubs of Kobe, Osaka, and Kyoto. The artists were more political and the folk rock songs that emerged carried messages of protests.

The center of the Kansai underground music scene in the late 1960s and 1970s was a bar called The Dylan II, a club operated by a band of the same name. Acts that would appear included the progressive folk rock group Itsutsu No Akai Fuusen whose original members – Takashi Nishioka, Hideko Fujiwara, Junji Ariyama, and Isato Nakagawa – eventually released 16 albums.

Other central figures of the Kansai folk-music boom included Ryo Kagawa, who began his career in a Beatles cover band and passed away this year at the age of 70. Kagawa sang his way into the national consciousness with an anti-war anthem called “Kyokun I.” Kagawa was preaching anti-patriotism at a time when many of his contemporaries shunned individualism. Another Kansai protest singer, later turned actor, was Wataru Takada. Takada was known for his songs “Let’s Join the Self-Defense Force” and his anti-price increase screed, “Neage.”

Sachiko Kanenobu was born in the Kansai region in 1948 and signed as a teenager with Japan’s first indie record label, the Underground Record Club. Kanenobu became a sensation with the release of her first solo album, Misora, in 1972 that earned her the moniker of “the Japanese Joni Mitchell.” She also became a cult figure when she disappeared just before the album was released – moving to the United States with rock critic Paul Williams and giving up music. Kanenobu would eventually re-appear in a punk band for a spell in the 1980s and record again in Japan in the 1990s.

October saw the release of a retrospective folk rock collection honoring the birth of the “New Music” of Japan: Even A Tree Can Shed Tears: Japanese Folk & Rock 1969-1973. This is the first fully licensed compilation of this music to be released outside Japan.

While the world is just discovering Japanese folk-rock the genre continues to survive in Kansai. The Folk Rock Bar Phoebe at 108 Dōtombori Heights, 2-7-22 Nishi-Shinsaibashi in Osaka is draped in vinyl disks and the vibe flows from the soundtrack of Japanese folk rock. For a proper indoctrination in the history of the music, the previous night’s set list is posted online at https://blogs.yahoo.co.jp/bsgrsmustang73.

By Paneltour at English Wikipedia (Own work) [Public domain], via Wikimedia Commons