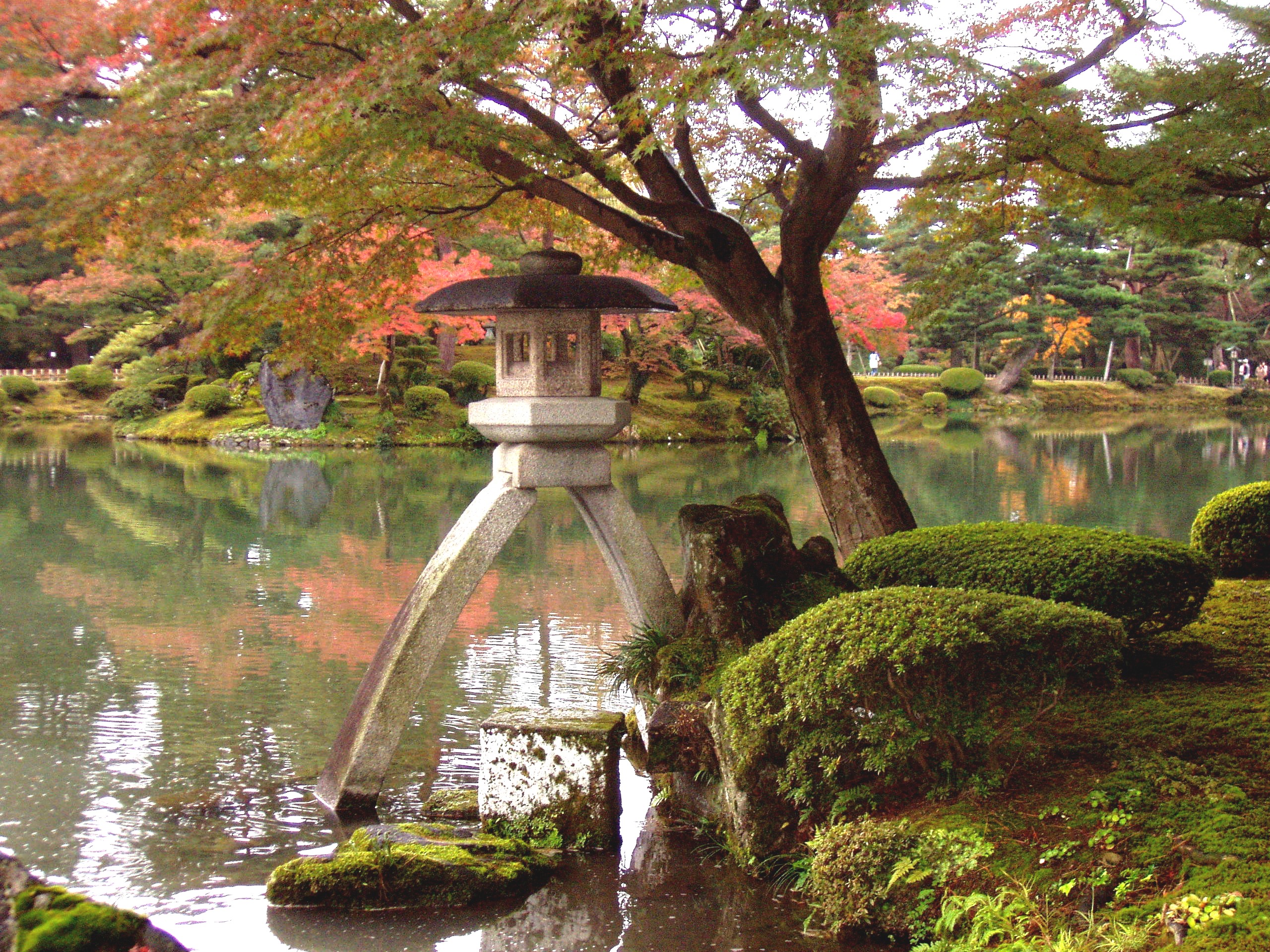 Kanazawa Castle is a large castle in Kanazawa, Ishikawa Prefecture, Japan that has been lovingly restored. Located adjacent to the celebrated Kenroku-en Garden, which once formed the castle’s private outer garden, Kanazawa Castle and Kenroku Garden are popular tourist destinations in Kanazawa; highly recommended for people interested in Japanese gardens.

Kanazawa Castle was founded in 1583 by the Maeda klan, who came to Kanazawa to establish the Kaga Domain. Due to damage from earthquakes, fires, battles, and other calamites the structure has been rebuilt many times since its completion. The Castle was almost completely destroyed in 1881 in a fire. Some portions of the structure, including the 1788 Ishikawa Gate, 1858 Sanjukken Nagaya (primarily a warehouse for weapons and ammunition), and the Tsurumaru Storehouse survived to become a part of Kanazawa Castle Park in 1997.

The Hishi Yagura turret, Gojikken Nagaya warehouse, and Hashizume-mon Tsuzuki Yagura turret were restored in 2001 using traditional construction methods to their 1809 form. The modern recreation of the pillars uses Japanese Hinoki Cypress timber with American cypress ceiling beams. The structure is so large that in the late 18th century it was known as “the palace of 1,000 tatami”.

One of the castle’s most distinctive features are the roof tiles. The whitish color of the tiles, which makes winter photographs of the structure so common, are mead of lead. Using lead not only fireproofed the roof, but also provided a ready source of material to be melted down and cast into bullets during sieges.

Kenrokuen Garden Kenroku-en, along with Kairaku-en and Koraku-en, is one of the Three Great Gardens of Japan.

Kenroku Garden, or kenrokuen, is located next to Kanazawa Castle, and is one of the 3 finest Japanese gardens in Japan. Kenroku-en`s development began in the 1620s and lasted until the 1840s by the Maeda clan of Kanazawa Castle. It originally formed the outer garden of the castle, and covers 114,436.65 m², or more than 25 acres.

The garden as well suffered occasional destruction along with the castle, and through improvements and reconstructions the modern garden gradually began to deomonstrate distinctive characteristics like the Emerald Waterfall (Midori-taki), the teahouse (Yugao-tei),Winding streams the Kasumi Pond, filled with water drawn from the Tatsumi Waterway that make up the modern attraction. The garden was opened to the public on May 7, 1874.

The garden’s name, kenroku, literally “Garden of the Six Sublimities,” was derived from a famous Chinese poet, and symbolizes the six attributes of a perfect landscape: spaciousness, seclusion, artifice, antiquity, waterways, and panoramas. It implies that this is in fact, the perfect garden, and having been designated in the top three in Japan, it seems pretty close!
The gardens grounds also play host to the Ishikawa Prefectural Museum of Art (IPMA).

Kenrokuen Garden and Kanazawa Castle Park are “illuminated,” or decorated in lights, 7 times per year. The illumination really chantes the atmosphere available during the day, or even on a regular evening in the park, and is well worth a visit to experience it.