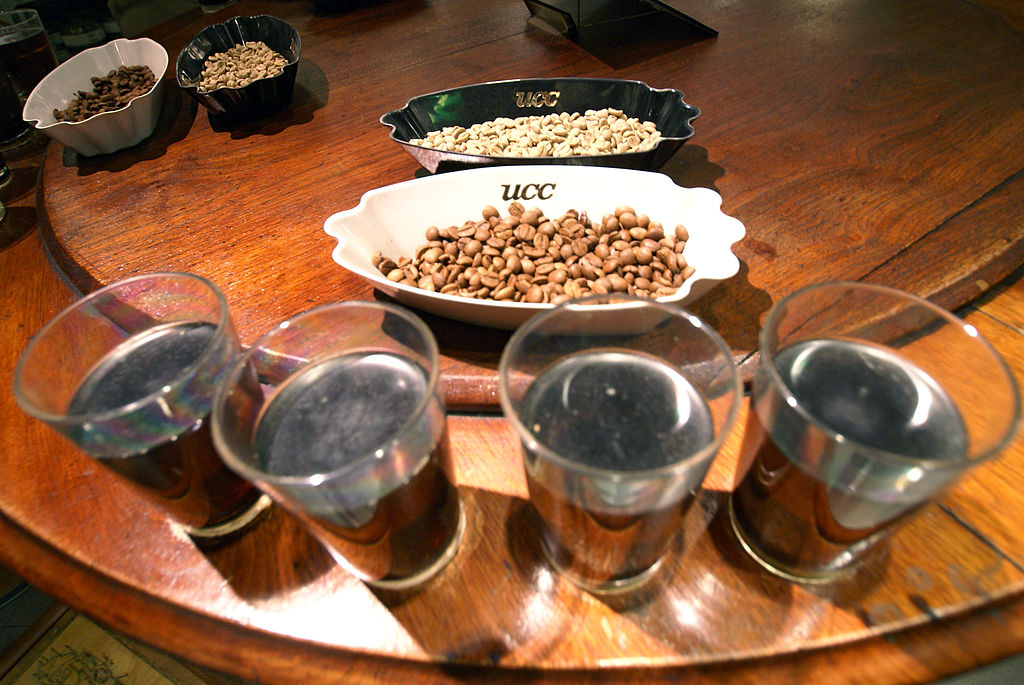 The image of Japan around the world is that of a country where the main beverages are green tea and sake. It can thus be a surprise to see a large number of coffee shops in Japanese cities. Hot and cold coffee in cans can also be grabbed from many of the nation’s ubiquitous vending machines.

Compared to its liquid cousins, coffee is a neophyte in Japanese culture. There was an occasional cup brewed by European visitors before Japan opened its doors to trade with the West in the mid-19th century but coffee was at best a novelty drink. It was not until the late 19th century that coffee beans were imported in bulk into Japan. The first record of a coffee shop in the country was in Tokyo in 1888.

Fast forward a century and the lifting of import restrictions following World War II. Coffee began making its way into more and more daily routines in Japan. In 1980, Toriba Hiromichi opened his first Doutor Coffee shop in the Harajuku district of Tokyo. The selling space was only nine square meters. From those extremely modest beginnings, the coffee roaster and retailer has grown to over 1,300 shops and grows beans on its own plantations in Hawaii.

When American coffee shop standard-bearer Starbucks decided in 1996 to expand outside of the United States, the first international store was built in Tokyo. Taking its cue from the Seattle-based retailer, Japanese coffee shops morphed from business hubs to hang-outs. Today, Japan is the third-largest importer of coffee beans in the world.

The celebration of coffee in Japan begins in Kobe

You can learn about these fun facts of the world’s most popular beverage (400 billion cups consumed per year) and more at Japan’s only coffee museum, the UCC Coffee Museum. UCC was the first company to offer coffee in those vending machine cans, back in 1969. On October 1, 1987, UCC started its coffee museum to celebrate the allure of dark roasted beans.

The museum’s exhibit room is conformed in a spiral that leads visitors along the beverage’s journey from raw green coffee beans in the plantation field to the caffeinated goodness in your cup. Along the way, beans are strictly graded for size, defects, and taste. Beyond consumption, the museum delves into the rich nooks and crannies of Japan’s coffee culture. The entire tour is self-guided and can be pulled in on your smartphone inside the museum. Test yourself on coffee fun facts and try to earn a coveted “Coffee Doctor Certificate,” complete with a personal photo suitable for framing.

A visit to the UCC Coffee Museum concludes with a Tasting Corner to sample the bounty of coffee available. There are four sessions per day and the theme of the Tasting Corner changes each month so you can become a regular in the UCC Coffee Museum. If you can’t get enough of the samples, stop into the museum cafe, UCC Coffee Road. You can also purchase beans here without going to the museum. There is an admission charge for the museum and the doors are open from 10:00 a.m. to 4:30 p.m., except on Mondays.