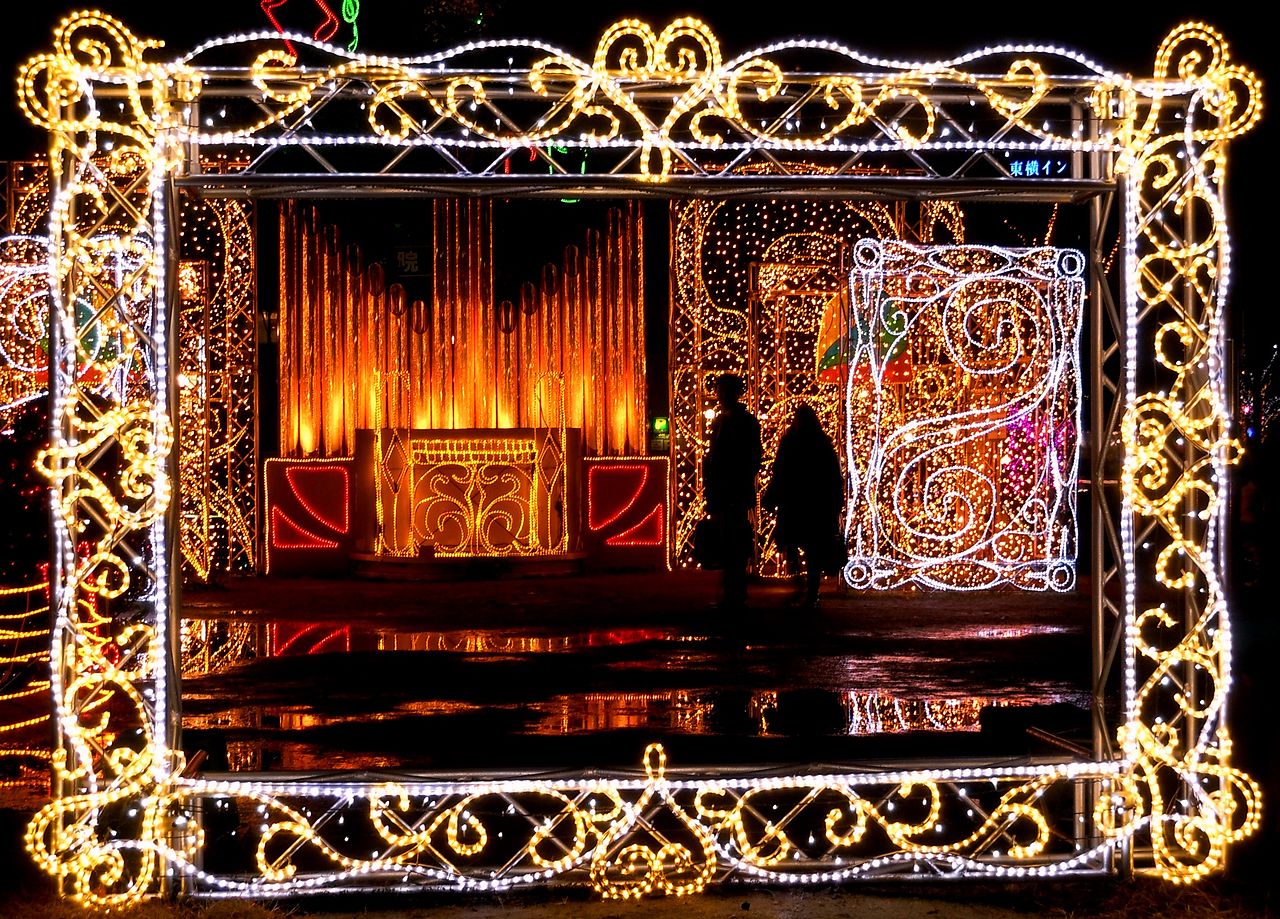 Seasonal illuminations are a big deal in Japan. From the famous Kobe Luminarie, donated by the Italian government following the Great Hanshin Earthquake, to light festivals in Osaka, Sendai, Nagoya, and elsewhere, a chilly stroll through enchanting colored lights has become a prominent feature of winter in Japan. Hiroshima is no exception. In and around the city, there are many displays, all worth a look.

Unfortunately, due to COVID-19 restrictions, a few of the other illumination events that we usually see around Hiroshima have been called off this year – including the Fukuyama Akari Festival and the Miroku no Sato illuminations and fireworks.

However, there are a few places that you still enjoy the lights as you wander around, wrapped up against the winter chill. Here are a few of your options.

Launched in 2002, this festival stretches along Peace Boulevard and has grown steadily from year to year until today. Organizers say there are a million and a half lights included in the display. The festival is hosted by the Hiroshima Light-Up Project, with corporate sponsorship from most of the city’s major broadcasters, including NHK Hiroshima, Hiroshima FM, and the Chugoku Shimbun. 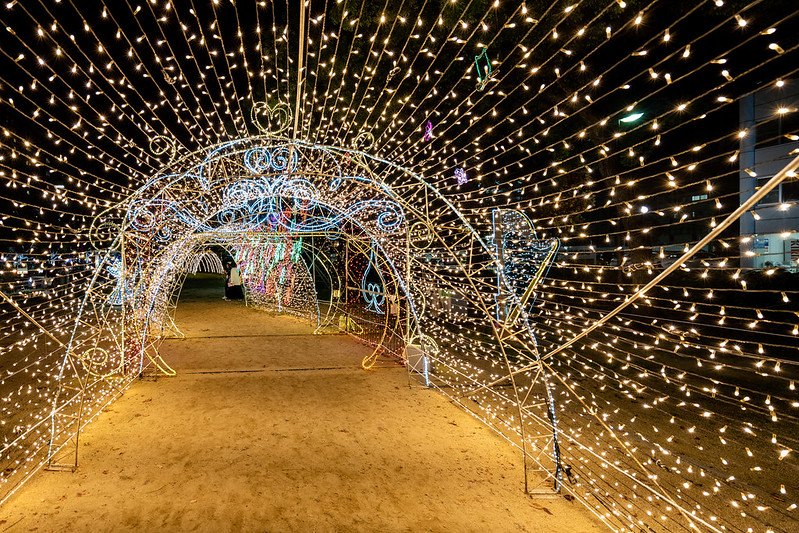 There have been “stories,” though they were often all but impossible to make out in the past. More recently, the event’s creators seem to have plumped for the more generic theme of “Fairyland.” The Dreamination draws large, festive crowds to downtown, and woe betides any young man in the city who doesn’t at least float the idea of a romantic ramble through the LED Tunnel of Love to his girlfriend. Not surprisingly, the lights are also a huge hit for small children, and you’ll see plenty of families out even at mid-week. People line up politely for photos with their favorite parts of the display, and everyone has a favorite. Mine is the merry-go-round. Find yours.

With over 700,000 lights, this one almost seems like overkill. Still, it’s popular enough that many people drive the hour and a half from Hiroshima city to Shobara every year, and even overseas tourists are beginning to show up. Bihoku Hillside Park is an attractive destination any time of year, but if you have a soft spot for illuminations, this is one you shouldn’t miss. The theme this year is “Starry Skies,” and at various points throughout the display, the lights will tell the famous Tanabata folktale, allow you to climb aboard the “Galaxy Railway,” and send you strolling through a “Sea of Stars.” There’s also a forest of twinkling Christmas trees and an illuminated playground, among other attractions. And if you’re lucky (try going a little later in the season), you’re quite likely to find the entire scene blanketed in snow.

Billed as being “more Christmassy” than other illuminations in the area, that fact alone may make this display more appealing for some visitors. It’s also much closer to downtown Hiroshima than Shobara. Otherwise, this display is more modest in scope than the two mentioned above. However, it does have the attraction of being located in the city’s attractive (and underutilized) botanical gardens, just far enough from the lights of downtown to get genuinely dark at night. With an illuminated maze, walk-through Christmas tree, and live Christmas music being played, this is sure to please children. If the holiday theme begins to wear thin, have no fear, they’ve also got dinosaurs! Thanks, Japan!

Actually, the lights and projection mapping at Mariho Digital Art Road can be seen year-round. However, they really take on a special quality at this time of year. From around sunset and every 30 minutes until 21:00, you can see some glorious projection mapping right along the 160m road, the longest such sight in Japan. It’s particularly great fun for kids, as you can get right in amongst the projections, seeing your silhouette dancing amongst the lights. This year, the performance includes images of a fireworks display, which can be quite stunning from the Ferris wheel.