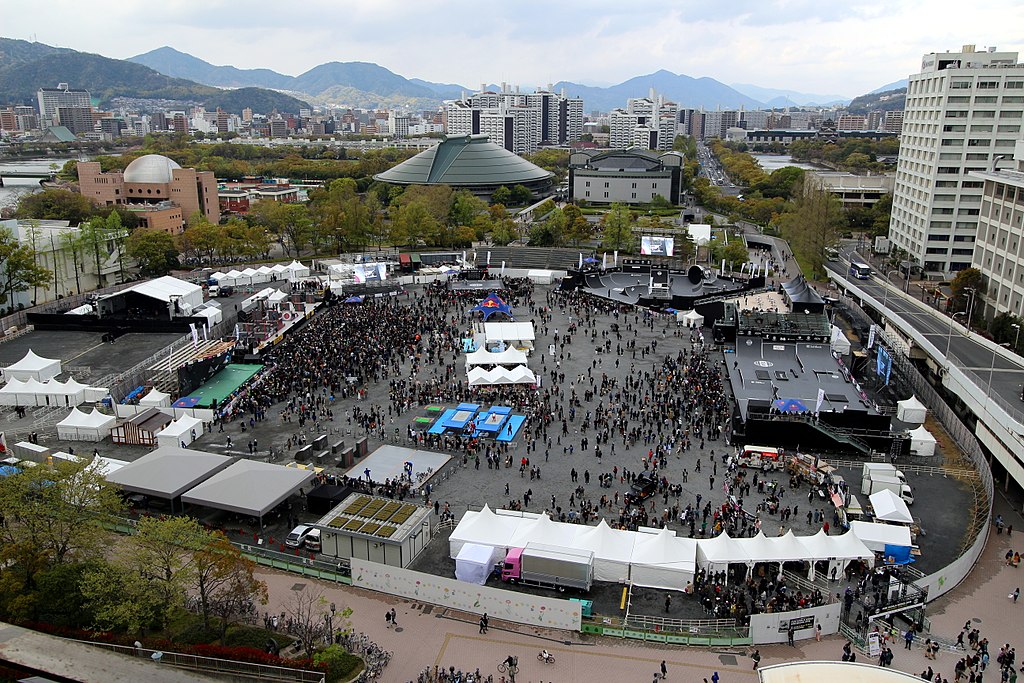 For three days in April, downtown Hiroshima will take on a new vibe as crowds of breakdancers, freestyle BMX riders, parkour players and other extreme athletes converge on the site of the former municipal stadium just north of Peace Park for FISE Hiroshima.

FISE, which stands for Festival International des Sports Extrêmes, started in France as a way to bring a number of fledgling extreme sports leagues together for a joint event. The first Festival, held in 1997, drew around 100 athletes and an estimated 35,000 spectators.

Today the festival is hosted in a number of cities around the world, with many competitors traveling from one venue to the next. This year’s round of events kicked off in Jeddah, Saudi Arabia. After the Hiroshima Festival, it will move on to France, Canada, and Hungary before wrapping up the year with a November festival in Chengdu, China.

If you’re even remotely interested in extreme sports, this seems like something you won’t want to miss. Bouldering, skating, breakdancing, BMX and more, all happening simultaneously in what seems like a relatively small venue. Some of the competitors will be going on to the Olympics, and this is a good chance to get an early look at them. The Hiroshima Festival also includes, on all three nights, special exhibitions of baton twirling and “sports kendama.” Extreme kendama does sound a bit hectic, but no doubt the organizers have put all appropriate safety measures firmly in place.

Last year, during the first event in Hiroshima, I went to a rock concert just outside the grounds, and the atmosphere was insane. Glimpses of people upside down on bicycles, much higher in the air than seemed advisable, were put to shame moments later when a bouldering competitor took a genuinely Tarzanesque leap and arrested his flight with one hand by snagging onto what looked like a piece of dried gum stuck to the wall.

The festivities extend over three days, from April 19 to April 21. Not surprisingly perhaps, given the community we’re dealing with, the website is a mess. Admission is free, but there is a slightly obnoxious registration process to score a place inside the venue. You’ll need to register online, and at the moment the Japanese site is saying registration still isn’t open. I’ll include the Japanese entry page below. If you can’t read Japanese, Google Translate should be some help, or get a friend to go over it with you. Good luck.

Time: April 19 to April 21. The websites listed below offer a schedule, but no times. Get there early, or use the contact tab to ask about events you especially don’t want to miss.