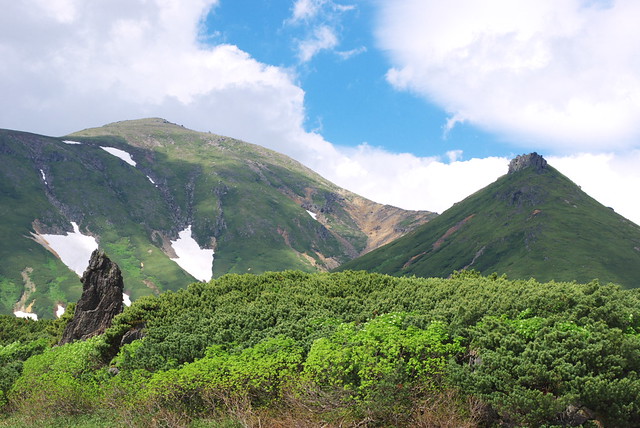 When the weather heats up, many Japanese escape the humidity that envelopes the cities and head to the countryside. Being such a mountainous country, there are many great places to hike amongst the stunning scenery. Of course, everyone knows about Mt. Fuji, but most Japanese hikers agree that, when it comes to beauty and enjoyment, the nation’s icon little more than a climb to tick off a list.

As such, here are a few other fantastic places to hike around Japan, from gentle strolls to hardcore undertakings.

Covering some 307km, the Kumano Pilgrimage routes in Kanto’s Kii Hanto Peninsula are designated as a UNESCO World Heritage Site and have been in use over the last 1,000 years as a way to reach the Grand Shrines of Komono: Kumano Hongu Taisha, Kumano Hayatama Taisha and Kumano Nachi Taisha. 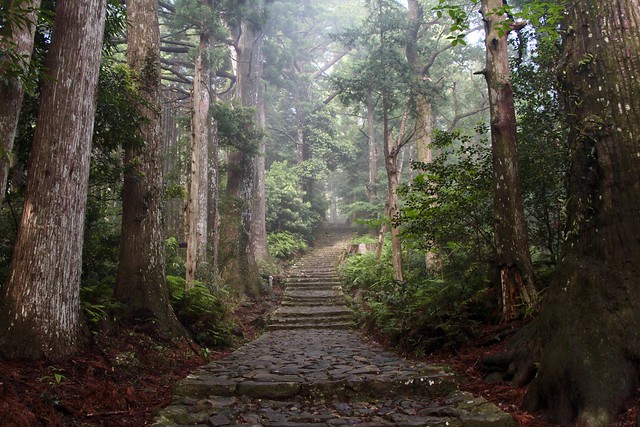 There are a plethora of trails to follow with differing difficulty; from short hikes to the entire trail that can take four to five days. The tougher hikes can be steep, involve stair climbing, take you through wooded slopes and over the spectacular mountain passes.

Just 90 minutes from Nagoya, the 8km passage between Magome and Tsumago, respectively the 43rd and 42nd stops along the old Nakasendo road that connected Tokyo with Kyoto, is a walk that makes for a lovely day out, pretty much no matter your fitness level. Probably the best way to take the trail is starting in Magome and heading towards Tsumago as this direction is downhill for the most part. 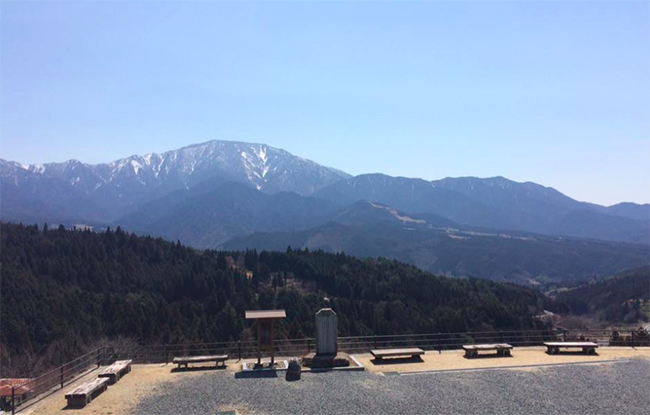 All along the route there are many shrines, about which there are some explanations in English, and for those that are not explained, you can probably find information on the route map that you can pick up from one of the tourist stores when you start out in Magome. The pathway to Tsumago is, for the most part, well maintained with paving, and there are even a few toilet stops along the way. It is a great way of exploring the dramatic Kiso Valley between these two small towns, the highlight of which is crossing the Magome Pass, past rushing waterfalls and through haunting swathes of forest.

At just 3km, this is another route that is easily taken by inexperienced hikers or those with limited fitness, but it is no less beautiful for it. Taking you around the coastal town of Kamakura in the Shonan bay, the route begins at the Daibutsu (Great Buddha) before following around the old town that was during the Kamakura period (1185–1333) the seat of Japanese power. 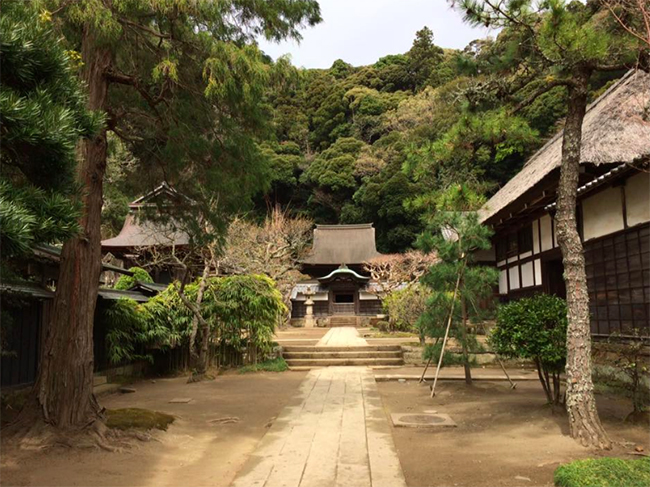 Aside from the Daibutsu itself, you will come to Hachiman-gū shrine – the symbol of the city, founded by Minamoto Yoriyoshi in 1063 – and head up into the surrounding hills, passing by Zeniarai Benten and the Genjiyama public park before ending at Jochiji Temple in Kita-Kamakura.

Designated as the first UNESCO site in Japan in 1993, Yakushima Island has been popular with hikers since the early Showa era (1926-1989). Its continued draw can be put down to its giant, ancient cedar trees that are at least 1,000 years old, and the oldest of which, the Jomon-sugi, has a trunk with a circumference of 28 meters and is estimated to be around 7,200 years old. 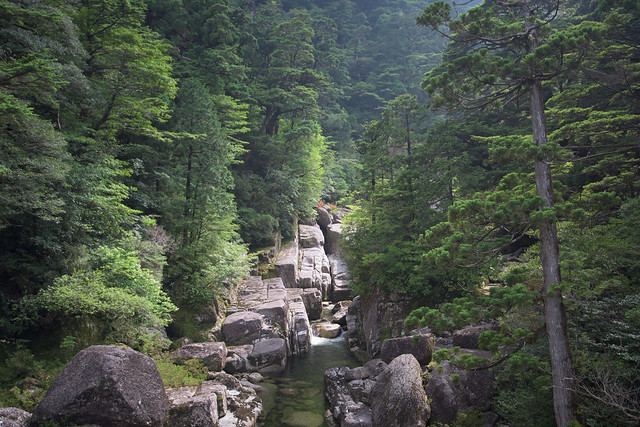 The craggy mountain peaks in the island’s center offer more challenging walking, and heading out to the sandy beaches on the west coast of the island, if you are lucky you may be able to observe the nesting of loggerhead and green turtles.

With a name like ‘Big Snow Mountain’, the national park is covered for most of the year, but in summer it opens up to make a beautiful 2300 sq km area that is perfect for hiking. Known as ‘Nutakukamushupe’ in the local Ainu language, it is Japan’s largest national park, with active volcanoes, high mountain peaks, dense forests, and sparkling lakes. 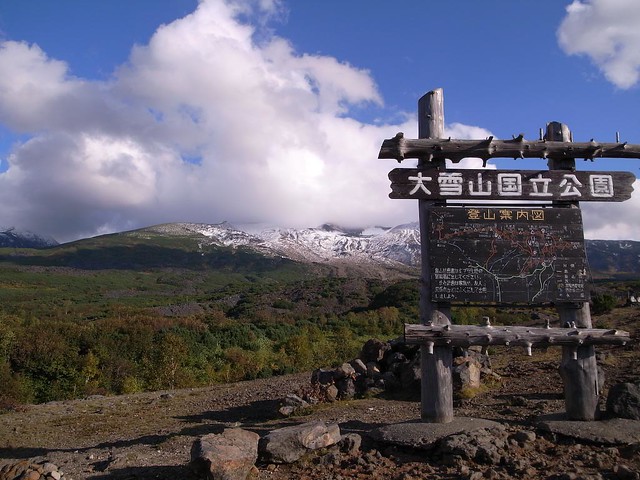 Of the climbs, Mt. Asahi is perhaps the pick of the bunch, and is accessible by way of the Asahidake Ropeway from Asahidake Onsen to a point within a two hour hike of Mount Asahidake’s summit. Otherwise the return hike from its base to the 2,291m peak can be done in a single day, taking a minimum of six hours.

Unlike Tsumago to Magome or Kamakura, the Shikoku Henro Pilgrimage is a serious undertaking. Circumnavigating Shikoku Island, it takes in all 88 of temples associated with the Buddhist monk Kūkai (Kōbō Daishi) on the island, covering a distance of around 1,100km, taking at least six weeks to finish. 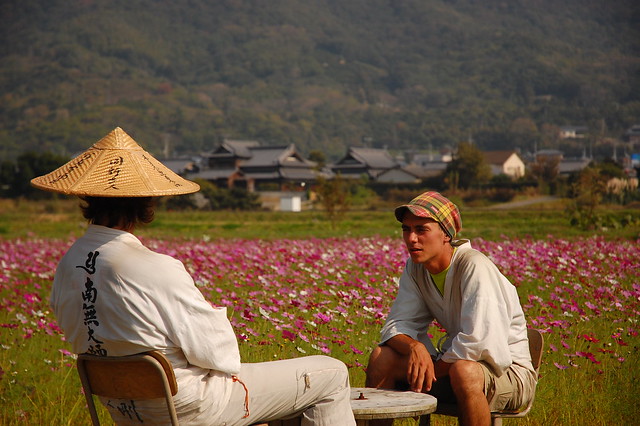 If you don’t have that much time you can take a local bus here and there or the odd taxi, and some pilgrims, known as Henro, do cover the pilgrimage in stages over a couple of years. Most aruki-henro (walking pilgrims), are notable for their distinctive sedge hats, white shirts, and kongō-zue wooden staffs.