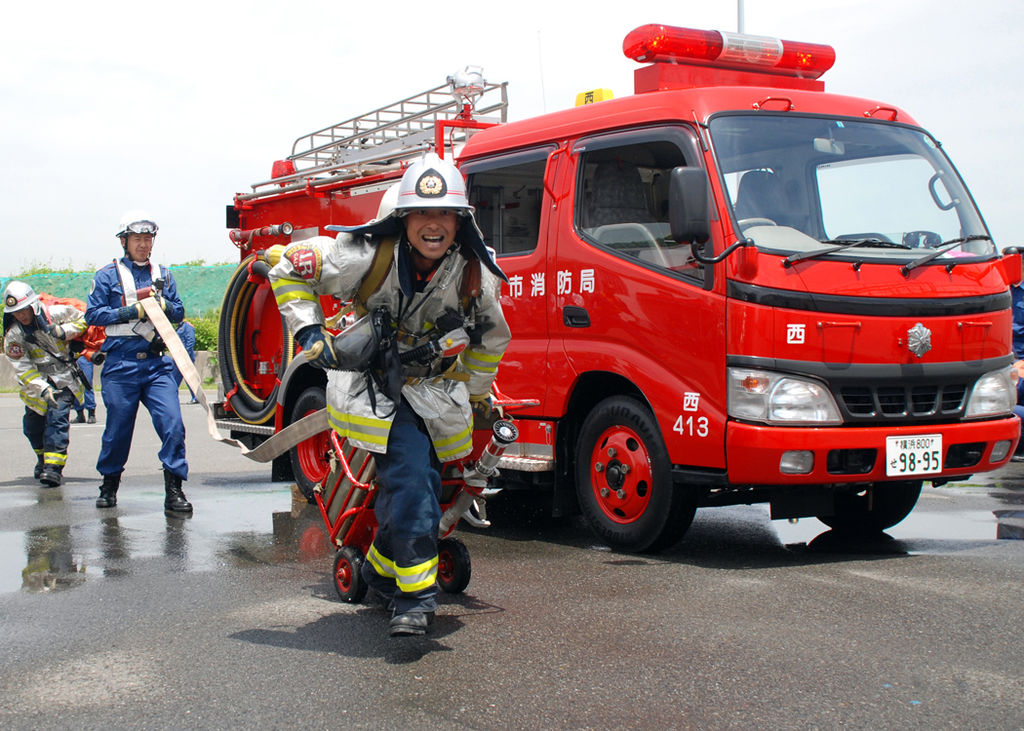 There is a lot that needs to be protected from burning in Japan. The forests are sacred and wood is a traditional building material that goes back centuries. Smoke was so common in Edo, as Tokyo was once known, that the capital was known as the “city of fires.” It is no surprise that Japan has a culture of firefighting all its own.

Professional firefighters first showed up in Edo in the 17th century. They marched with military precision and sported specially-tailored coats emblazoned with colorful emblems. These sashikos were highly engineered pieces of apparel – a single thick-layered coat would have to pass through the hands of a spinner, a weaver, an artist, a dyer and a stitcher before it went on the back of a hikeshi, as the firefighters were called. They were the rock stars of their time.

Specific Jobs for the Hikeshi

Hikeshi were given one of three assignments. They could be responsible for the reigning shogun’s castle and surrounding samurai residences, they could stand watch over important buildings or they could battle the blazes that afflicted the common folk. This last group were the Machi-Bikeshi and they absorbed most of the hero worship.

These Machi-Bikeshi were a rough group, not afraid to mix it up on Japanese streets while doing their jobs. Their main task was not to fight actual fires, which in the days before pumpers was often a futile task, but to pull down buildings in harm’s way. This was done with long-handled hooks, called tobiguchi. But the Machi-Bikeshi’s main tool was the hashigo ladder.

Early Japanese buildings were mostly a single story, two at most. To quickly scout an area in the event of a fire these tall ladders were employed as mobile lookouts. Several hikeshi would raise a ladder while one particularly nimble firefighter would scamper up the hashigo and perch precariously to report on what he saw.

Just after New Year’s Japan’s municipal fire companies would typically stage a parade, bask in the community’s affection and give displays of the latest and greatest in firefighting techniques. These dezome-shikis would involve shiny firefighting equipment rolling down the street and at the end of the ordnance display would be the much-anticipated Hikeshis doing acrobatic performances on free-standing ladders that evolved from balancing atop the mobile lookouts. Being inclined to risk-taking as Hikeshis tended to be, these routines became more and more dangerous and have in the past not always been death-defying.

In addition to impressive machinery, there is water spraying, firefighting training drills, and music from the firefighters’ band. The opening ceremony is at 10:00 a.m. and the performances begin at 10:00 a.m. The event is free to all.