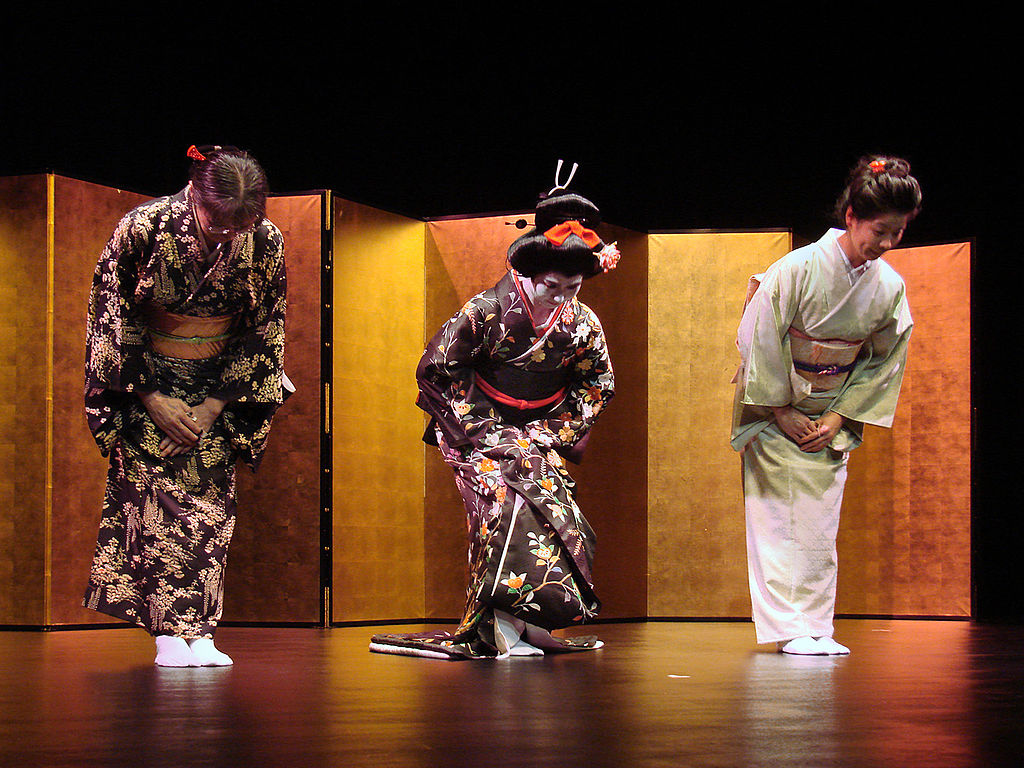 For the first 40 years of her life Michi Ogawa was “an ordinary housewife with no experience working outside the home.” She prepared meals, looked after her four children, and drove her professor husband to his classrooms. She was well-educated and traveled often with her family. On her journeys, Ogawa was always drawn to the people and cultures rather than the monuments and architecture in foreign lands.

In her forties she decided to look for a job, but no one seemed interested in hiring an intelligent, well-traveled woman of her age. Instead of landing employment, Michi Ogawa created a group of twelve women much like herself who spent their lives as housewives while nurturing other skills. The Women’s Association of Kyoto (WAK) was born with the goal of “introducing foreign visitors to Japanese culture in daily life.” The year was 1997.

There are probably 200 different types of Japanese dances that stretch back hundreds of years in origin. Dances are performed in celebration of events important in Japanese culture – a successful harvest, a new life beginning, the arrival of springtime cherry blossoms, and so on. All, however, combine the elements of three styles of movements. Mai is a traditional style that emphasizes deliberate expressive motions. Mai is said to express the workings of the human heart from its participants.

Its long-time companion odori introduces lively steps and energetic leaps to tell a story. The physicality and freedom of movement in odori is more of an expression itself than a conveyance of meaning. Odori is often accompanied by music.

The third, and most modern, influence is furi that introduces meaningful gesture and pantomime that is intended for stage performances. The signature dances of the Japanese geishas are rooted in the furi style of Nihon buyo.

Those familiar with Western dancing know that dances are taught by learning steps which will eventually be built into a complete performance. Often Western dances celebrate the heavens with arms pointed toward the skies and bodies lifting on toes. Japanese dances are taught as a single expression – the entire dance is learned from beginning to end. Eastern dances are meant to express a love for earth and contact with the ground is stressed during the performance.

Instructors approach Nihon buyo in their own idiosyncratic styles. Some may inject Western music and influences into the teachings to make the art more attractive to foreign students. Others toe a strict traditionalist line to the Japanese arts, right down to the specific application of make-up to get into character for the dance.

When booking a traditional Japanese dance class through WAK it a matching of available instructors to schedules. However it is sometimes possible for individual instruction to be arranged during a vacation. For those living in Japan, Home Visit Programs can be arranged for short courses.

Check out this authentic Kyoto cultural experiences at: http://wakjapan.jp.

By Jean-Pierre Dalbéra from Paris, France [CC BY 2.0], via Wikimedia Commons