Craft Beer in Tokyo and Yokohama Craft Beer in Tokyo and Yokohama

Japanese beer is usually thought of as just the ‘big three’: Asahi, Kirin, and Sapporo. While these are great when ice cold on a scorching day, they aren’t exactly the most interesting brews. However, right now, there is something of a craft beer revolution going on. While it is impossible to highlight all here, below you can find some of our picks for craft and brewpubs in Tokyo and Yokohama.

This place gets first billing simply because it is my favorite. It’s not a lot to look at, more a liquor store/bottle shop than a bar – but what a selection it has. The beer is of the west coast variety – Ballast Point, Lagunitas, Stone – and while there are dozens of bottles to choose from for at around 500 JPY, they also have a few on tap (the number of running taps is dependent on how many customers are in). The guys working there are incredibly knowledgeable and friendly. Have a couple of beers on their roof-top veranda, and then take a few bottles home when you’re done.

Don’t let the fact that this is a British Pub put you off: this is no Hub Pub or OXO. British owned, The Full Monty has twelve taps, including beers from the US and UK, but what sets them apart is probably their cider collection. 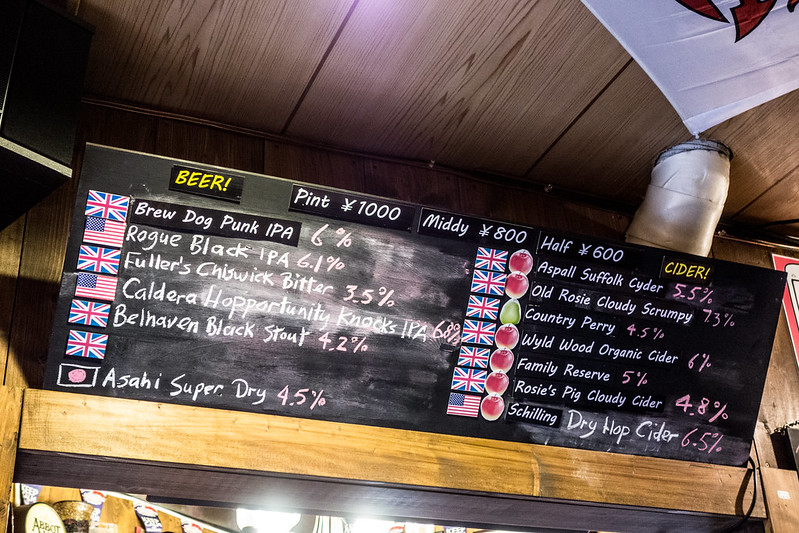 Sometimes called ‘hard cider’ or ‘alcoholic cider,’ The Full Monty has at least five on draft with plenty more by the bottle from the UK, France, US, Germany, Spain, and New Zealand (though if they have it in stock, I can highly recommend the Weston’s, Old Rosie). But be warned, some of it can be deceptively lethal!

Proof that size isn’t everything, El Nubichinom is said to be Japan’s oldest craft beer bar, and, with room for seven customers at a push, it’s probably one of the smallest. Situated amongst hostess bars and massage parlors, it’s not in the plushest of areas. However, thanks to its unusual opening times (closed by 9:30 pm), you aren’t likely to get a cross over of clientele. What you are likely to get in this standing-only bar is a selection of six Japanese craft beers from a knowledgeable host, Master Kaji, served in aroma-inducing bloom glasses.

Danish microbrewery Mikkeller was founded on ‘cuckoo’ ethos, in that they worked primarily from collaborations with other brewers to make one-off brews. This saw some of the most interesting beers arrive on the market, and they continue to live up to their innovative reputation. 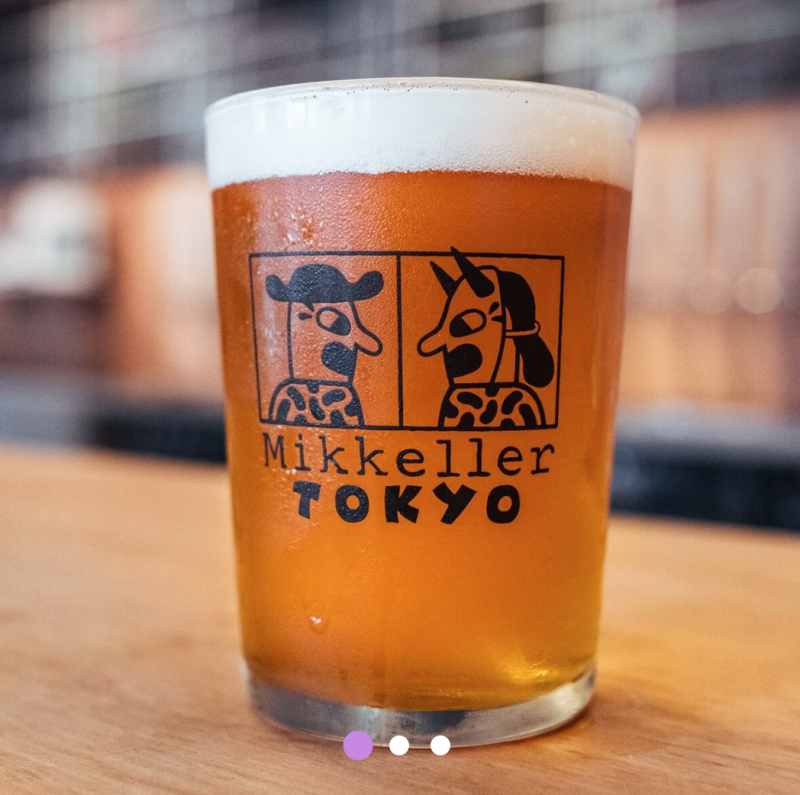 Their Tokyo branch, down the back streets of Shibuya across from a love hotel and a shrine, serves up some of the craziest beers worldwide and Japan on 20 taps. Highly recommended.

Specializing in craft beers from all over Japan, Gotanda Craftsman has more than 30 craft beers on tap. No matter which beer you go for – whether it be Daisen G from Tottori, Baird from Shizuoka, Shiga Kogen from Nagano, Swan Lake from Niigata, North Island from Hokkaido, or one of the many others – it is just 500 JPY for a glass or 800 JPY for a large. If you are looking for beers that you can’t find elsewhere, this is the place to go.

Starting life as Awaya Liquor Store in 1921, they were rebranded as Jollys Liquorstore Soundstudio back in 2016 as a craft beer bottle shop, and it certainly seems like it was a good idea. 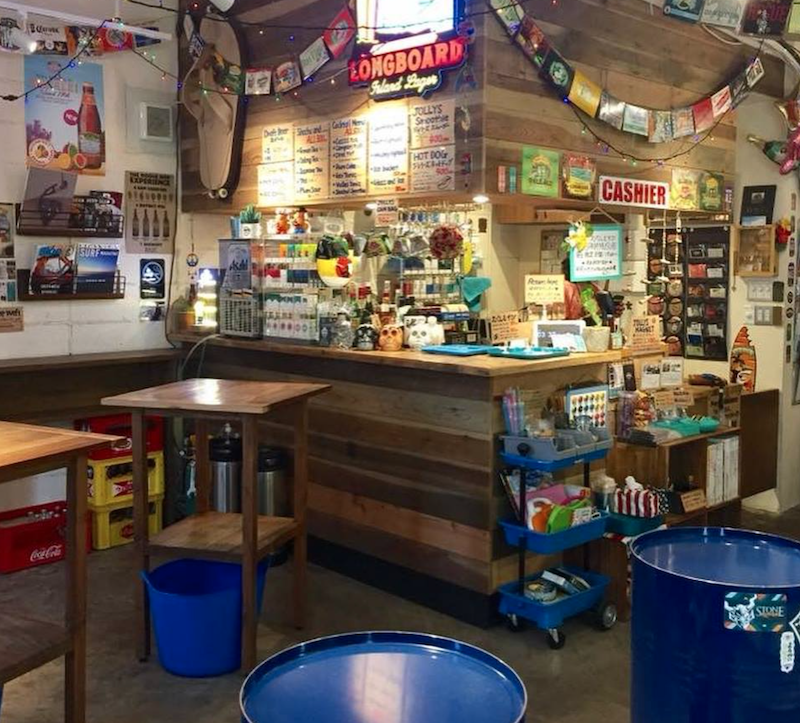 There are no taps here, but there is a decent array of cans and bottles, including many American brews such as Green Flash, Rogue, and Sierra Nevada, as well as beers from all over the world. You can choose to pop by and pick up a few beers to take away, but if you decide to stand in their shop and drink in, then you’ll find that Jollys lives up to its name.

The first brewpub in the Shinjuku area, YYG Brewery (it stands for Yoyogi, kind of obviously), has a large, airy open-air terrace, which is ideal for spending the pleasant days sipping – or quaffing – their excellent beer. Pretty much everything on the 15 taps on the first floor and eight taps on the seventh floor is produced in house, right behind the bar, in fact. And if you want to get involved in some local action, the Shibuya IPA is great in a classic West Coast style, while the Shinjuku Pale Ale blends British malts and American hops to make a citrusy yet caramelly brew.

Drinking craft beer can be an expensive game. Not so at Craft Beer Market. Here you can find up to 30 different craft beers at just 780 JPY for a US pint or 480 per glass. Of course, there isn’t much in the way of imported beers at these prices, but in fairness, the Japanese craft beers they do serve – including weizens, IPAs, seasonal beers, stouts, and even barley wine – are all top-notch. With locations all over the city, the food is raved about, and menus come in English, making it a great place to pop in for after work.