Cooling off with a Dip – Summer Swimming in Hiroshima 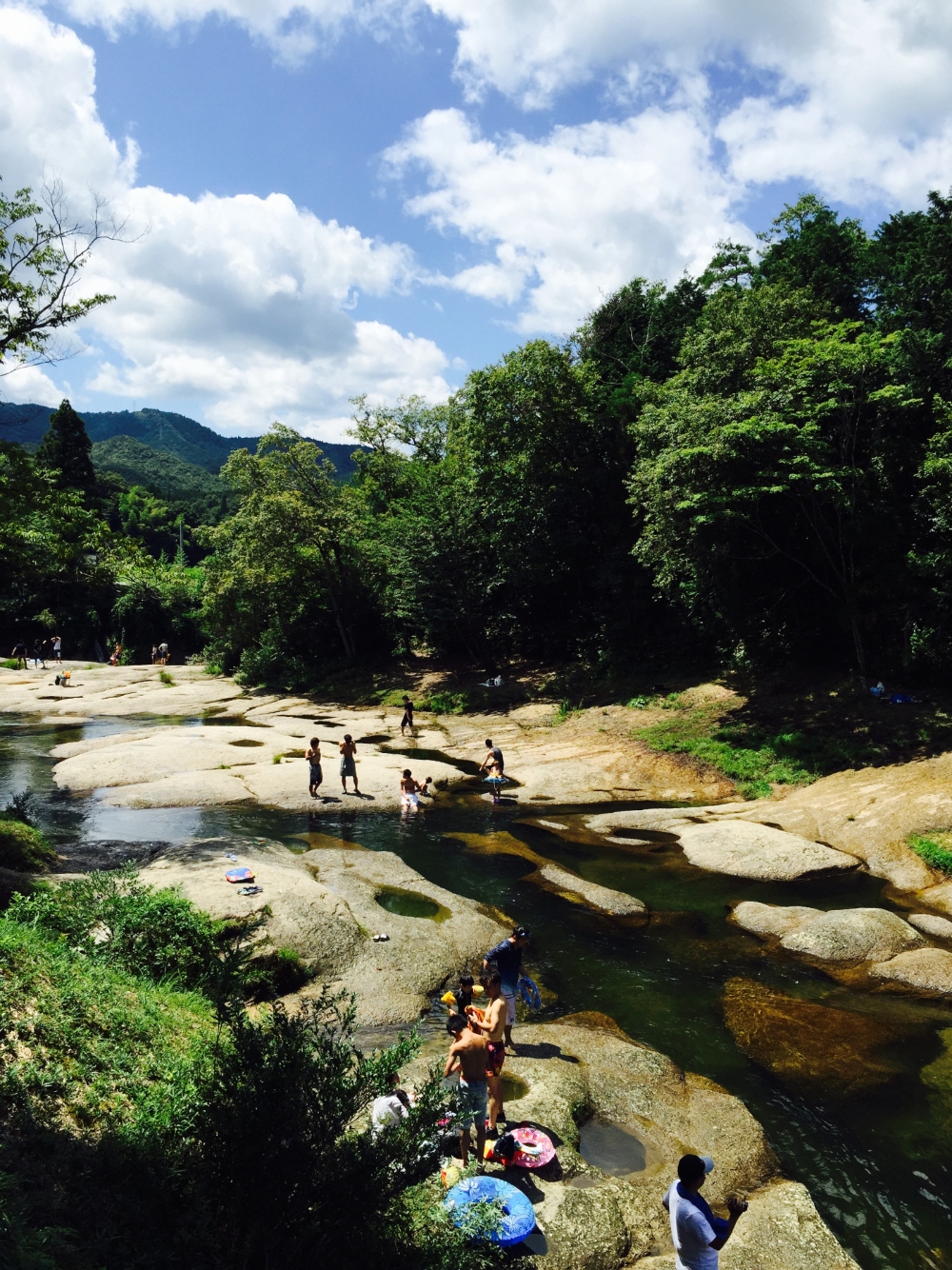 Cooling off with a Dip – Summer Swimming in Hiroshima

Hiroshima is known for many things, but in summer it is known for humidity, and if not accustomed, the heat and humidity can be debilitating.  I grew up in a seaside village in the northernmost reaches of Australia’s Sydney metropolitan area. Sydney is also known for its humidity, and I look back on balmy February afternoons when we would head straight to the beach to cool off. When my kids were young, we lived in Jigozen in Hatsukaichi. I used to look forward to taking them to a beach or one of the family pools nearby. The dairy company ran Chichiyasu, but even though Chupi has replaced the dairy it is still a good family day. There also used to be a water park at Ajina called Natari, later redeveloped by Fuji Grand. Enough reminiscing, here is a range of current options for cooling off with a dip in the water.

The islands in the Seto Inland Sea are replete with beautiful deserted white sandy beaches.

The closest is Saka Beach on the way to Kure. It is a beach that is the nearest to Hiroshima city. It is a comfortable seaside resort, well facilitated with a parking lot, outdoor shower, locker room, and sandy beach. It is located right by Route 31 linking Hiroshima and Kure. Access is either by car or the JR Kure Line to Mizushiri Station, about 20 minutes from Hiroshima Station. The station is right by the beach.

A little out of the left field but another recommendation combing sightseeing and beach swimming is the Shimanami Kaido (ocean road) cycle route.  It is a beautiful 75-kilometer (46.6-mile) cycling route across seven islands with beautiful beaches along the way.

The most accessible of the island beaches are probably Tsutsumigaura Beach on the east side of Miyajima Island. The beach 700 long with a beautiful curve is wide and shallow, suitable for families or weak swimmers. The park area adjacent equipped with various facilities, such as tennis courts, an athletic field, cabins, a campsite, and a beach house. Very popular in beach season. The only setback is that you either have to walk or take a taxi the 4.5 km. / 2.7 m from the ferry pier.

As far as pools go you have the Chuo Koen Family Pool located next to the Green Arena Prefectural Gymnasium, Children’s Museum. It’s full of small children, and they are hydrating all day, so you know what that means heavily chlorinated water… LOL

Or you have the indoor swimming pool at the Green Arena Gym, but that is more a formal swimming training facility.

Or a bit further afield from Hiroshima is the aforementioned Chupi pool, a fun water park consisting of 7 main attraction areas including a giant water slide, current pool, wave pool, and smaller water play attraction areas as well as a basic pool. Next to the pool is the Chupi Park where kids can do activities in the “media plaza” (in Japanese) related to making a newspaper as these facilities are connected to the Chugoku Shimbun newspaper.

The final suggestion is to take to the streams in the mountains surrounding Hiroshima, by car.  In the mountains behind Otake on the border of Hiroshima and Yamaguchi Prefectures is Jagui Play Park. It is a summer vacation favorite for natives of Hiroshima. Pools carved from the natural flow of the stream. There is a camping ground, bungalows and it is a safe, cool, and comfortable, unpolluted refuge in the mountains from the summer heat.