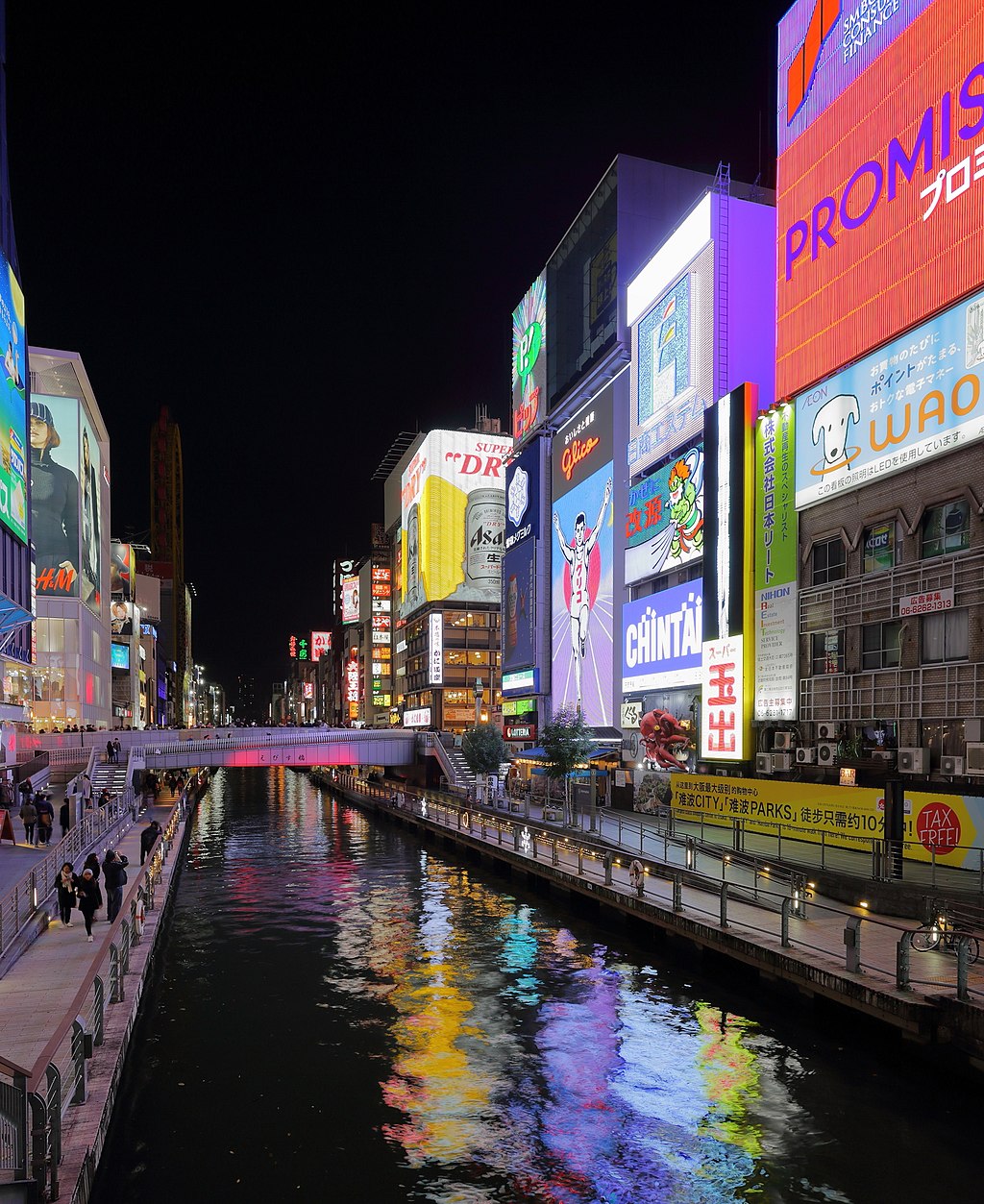 Movies can be a great way of introducing people to exciting and scenic locations around the world and many films throughout the years have been set in places across Japan. Kansai has a wealth of vibrant and beautiful spots that have attracted scriptwriters and directors across the genres – from horror to historical to action. Here are some of the more popular films that have given cinema geeks a reason to visit the Kansai region.

This 1989 crime noir thriller from Ridley Scott, not to be confused with the 1989 Japanese film of the same name about Hiroshima, was largely shot at various locations in Osaka. The film features Michael Douglas and Andy Garcia as two New York cops who end up involved in a gang war between members of the Yakuza, the Japanese mafia. Black Rain was originally due to be shot in Toyko, but the Osaka authorities were more receptive in terms of film permits. The grimy downtown areas and neon-lit Dotonbori district were perfect for the film’s atmosphere with the Kirin Plaza building (used as “Club Miyako” in the film) and the iconic Glico neon sign giving the movie a distinct Bladerunner-esque feel.

Memoirs of a Geisha (Kyoto)

This 2005 Oscar-winning film based on a novel of the same name by Arthur Golden tells the story of a young Japanese girl from a small fishing village who is sold by her impoverished family to a geisha house and eventually becomes one of Japan’s most celebrated geishas. Most of the film is shot in California but several scenes were filmed in Kyoto, including at Kiyomizu Temple and some memorable, beautiful scenes at the iconic orange gates of Fushimi Inari shrine just outside of the Kyoto city center.

The Last Samurai (Kyoto and Hyogo)

The Last Samurai is a 2003 film that stars Tom Cruise as a 19th century military captain who embraces samurai culture after coming into contact with warriors in the wake of the Meiji Restoration. Most of this Oscar-nominated movie was shot in the Taranaki region of New Zealand, due to the fact that Mount Taranaki resembles Mount Fuji, but some scenes were also filmed in the Kansai region of Japan. The Himeji temple in Hyogo Prefecture features in several scenes, and action also takes place at the Chion-in temple and Nijo castle in Kyoto.

Grave of the Fireflies (Kobe)

This animated Japanese film from 1988 is based on a semi-autobiographical short story by Akiyuki Nosaka. As it is anime, no filming as such took place but the story is set in Kobe, telling the tale of two siblings, Seita and Setsuko, as they battle for survival after the firebombing of Kobe city at the end of World War II. The film highlights the plight of children and families in Kobe after the bombing and has been rated as one of the best-animated films of all time.

Akira Kurosawa’s 1958 adventure film is considered a classic and has been called “one of the greatest action-adventure films ever made”. George Lucas has said that the movie was a big influence on Star Wars. The Horai Valley in Hyogo, close to both Kobe and Osaka, is used extensively throughout the movie. It’s a popular attraction for hikers, rock climbers and classic film buffs.