Getting to know you: Azabu Juban, Tokyo 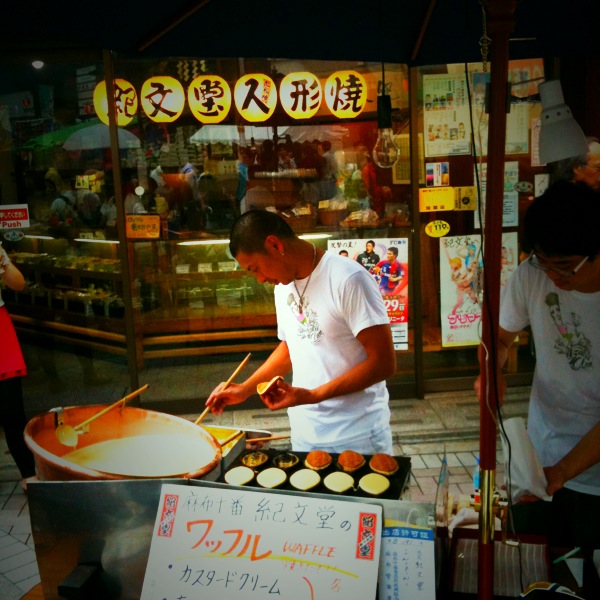 Getting to know you: Azabu Juban, Tokyo

As one of the most fashionable and exclusive neighborhoods in central Tokyo, Azabu Juban is a fantastic place to live or enjoy. You can find favorite shopping boutiques, cool little cafes, and small independent stores in which you can find something a bit different from that of the big chains of some of Tokyo’s more business-orientated sectors. The proximity of Hiroo and Roppongi make it one of the more trendy and sought after residential areas of the city.

There are plenty of things to see and do in Azabu Juban. Below are some of our favorites and recommendations.

August sees the area’s annual festival. With a 40 year history, it is one of the most popular in Tokyo, attracting hundreds of thousands of tourists every year. The traditional Edo downtown atmosphere of the district is enhanced by local businesses setting up stalls to offer traditional goods and foods, including dishes from all over the country. You can also enjoy parades, children’s activities, and various music, dance, and taiko drum performances. It starts at 15:00 on each day and goes on until 21:00.

Believe it or not, the upmarket area of Azabu Juban is quite well known for ‘taiyaki,’ a sweet red bean paste-filled fish-shaped cake. Originally made for the working classes, it is said to have originated here, but is ubiquitous at festivals all over the country. You can find some of the best ones at Naniwaya Souhonten, the store at which it is said to have all begun. It has been in business since 1909 and employs traditional ways of making the children’s (and adult’s) favorite, and is well worth trying, though they may spoil you for any substandard taiyaki you might try elsewhere in future

The whole of the Azabu Juban is well known for its shopping, and people come from all over the city to find exciting and eclectic goods in this street with an end-of-Edo vibe. Particularly famed is the areas’ antique markets, and there are loads of back street stores in which you can discover little gems that you are unlikely to find elsewhere in the city. Whether you are into Afro-Indo chic, Italian leather goods, organic foods, or even need to pick up something from a 100 Yen tore, Azabu Juban has likely got something for you.

Mention ‘onsen’ hot springs, and people immediately think of mountain hideaways and seaside views. However, despite being very much part of the Tokyo metropolis, Azabu Juban has its bathing spot. This onsen features a small bathtub for six or seven people and a steam sauna. Meals can be enjoyed in a tatami room, and every weekend you can catch a local variety show. The spring itself is sodium bicarbonate, is blackened thanks to the minimal filtration, and is said to be effective for whitening and polishing skin and bruises, chronic digestive disease, and motor paralysis.

Not far away in Hiroo, Burger Mania has been going for about five years now and is a great place to indulge in your craft beer (and burger, obviously) longings. The layout is American in style, the staff speaks English, and they have English menus, making things a touch easier than some other places. They have six beers on tap plus others by the bottle.  You can get a craft beer tasting set for, and the burgers are pretty great too.

A supermarket in Tokyo with an excellent selection of international foods, wines, and fresh meats. Parking and home delivery available.