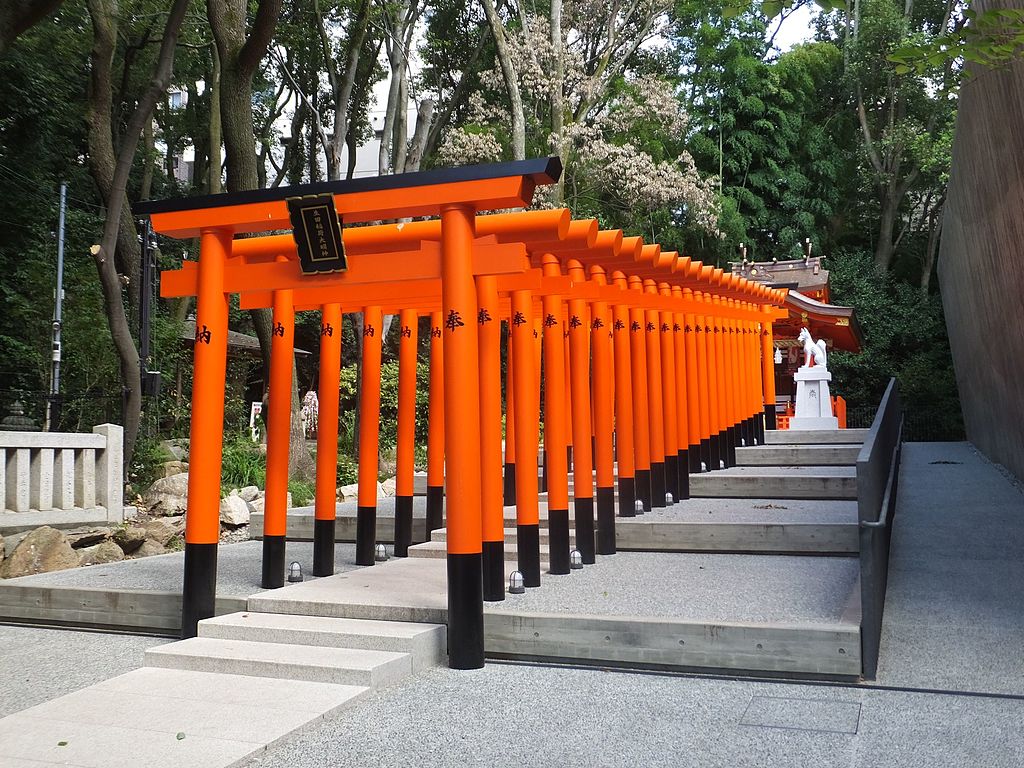 Places brimming with history exude that magical charm tourists cannot resist. It’s always on our list of must do’s when traveling to visit castles, temples, shrines, museums, churches and every single historical site that transports us back to the past. We marvel at the architectural craftsmanship and ingenuity of the men and women from centuries ago who built and lived around these works of art. It’s something, like shopping, that we never miss out on on our trips to places we’ve never been to before.

Japan, especially Kobe, is lush with history and cultural influences due to the amalgamation of the east and west as foreign trade was opened in the 1800’s. This port city now is dotted with the remainders of the communities that were set up by the Westerners as well as the preserved local sites that have survived and thrived despite the signs of the times. Tourists and locals continue to enjoy the beauty of the past and learn history at the same time. The list below is of the different popular sites everyone should visit when in Kobe.

If you love to watch historical plays, visit this prestigious shrine and be enthralled with the Noh plays, Ebira and Ikuta Atsumori, retelling the Genpei war during the late-Heian period. The shrine is the actual site of this war including the lands around it which was once still a part of the structure. The plays are performed every year during the Autumn Festival called Akimatsuri.

In 1898, this museum was built as the American consulate building. Today, now houses art works that displays the Kitano Ijinkan-gai and the masterpieces of the artists from the Montmartre district of Paris. It is also one of the most prominent buildings among the line of Western infrastructure that have been preserved for decades.

It’s history with a modern twist. Why? The shrine houses the symbol of soccer for Japan. Soccer players flock here to pray for good luck. It’s a typical shrine but its serene walking paths and pink cherry blossoms will give you the kind of peace you’re looking for in places of worship. For people who travel with dogs, you won’t have to worry about them getting thirsty after walking around with you because there’s a designated water fountain for them.

This Shingon-shu temple, also called Joya-san Fukusho-ji, was built in 886. Famous historical figures drew inspiration from the charming cherry blossoms and the vast grounds in writing poetry such as waka, haiku and even Chinese poems. If you love mechanical art, you’ll enjoy watching the pieces like marionette clocks that are displayed inside.

There seems to always be a Chinatown in most cities in Asia and even the world. Kobe has one too which dates from 1868 when the city opened its port to foreigners. The Chinese who arrived in the area were called “people from Nanking” hence its name today. It is now the center of Chinese culture and activity in the Kansai region. Tourist flock to shop, dine and simply savor the fusion of cultures that this neighborhood has to offer.

Situated right at the foot of the Rokko mountain range, this city district was were the foreigners built their offices and houses when they arrived after the port was opened for foreign trade. The Ijinkan, as the mansions are called, are well preserved and were turned into museums for the public to enjoy and learn from. For a reasonable fee, you are able to view the original furniture and household artifacts that were once used by the residents. After visiting the museums, you can take a stroll and perhaps rest a bit and have coffee and pastries in one of the cafes in the area.

You will never miss the weathercock that proudly sits on a steeple in one of the buildings along Kitano-cho, thus, it’s also called the Weathercock Mansion. The rooster doesn’t only indicate the direction of the wind but also wards off evil spirits and promotes the Christian doctrine. Another name for it is the Old Thomas Residence. This brick colored structure is now considered an important cultural property of the country.

Tourists and locals alike love to take a dip in the hot springs in Kobe. It’s been famous for centuries as it has been mentioned in documents dating back in the 8th century A.D. Famous monks in the history of Japan, like Gyoki and Ninsai who lived five centuries apart were known to visit Arima and in fact the latter was completely enamored with the area so he helped in developing it. Other famous figures such as Hideyoshi Toyotomi spent some time here. Today, there are already more than 20 hotels and inns for everyone to choose from and relax in.