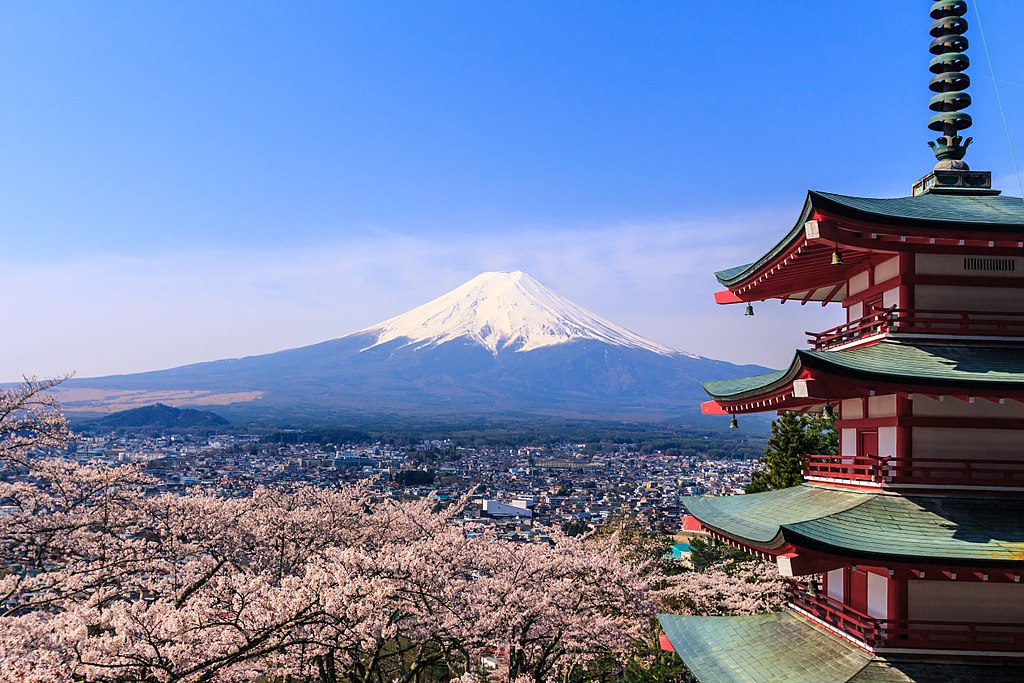 A visit to Japan won’t be complete without a trip to the one of the most famous natural beauties in the world, Mt. Fuji. It’s majestic cone has its magical allure from all angles that is why crowds are drawn to the different attractions surrounding it so that they can view it from there. And of course, who wouldn’t want to come closer and traverse along the foot of the mountain to experience it’s charm.

Mt. Fuji also known as Fujisan is the 7th highest peak in the world, the 2nd highest peak of an island that is volcanic in nature in Asia and the highest mountain in all of Japan. It has been the inspiration of numerous photographs, paintings, poetry and art since time immemorial. It is one of the three holy mountains in Japan along with Mount Tate and Mount Haku and was added in the World Heritage List as a Cultural site in 2013.

This beloved symbol of the country is snow capped for around 5 months every year so there are a wide variety of activities that tourists and locales can enjoy all year round including skiing in the winter and lounging by the lake in the spring. Here’s a list of some of the attractions that you’d surely enjoy when visiting the areas near Mt.Fuji.

There are three important attractions within the area of the lake that you shouldn’t miss. You could enjoy the view of the mountain itself and the Sakasa Fuji or the “upside down Mt. Fuji” from the Tozawa Campsite. You can ride the Mount Kachi Kachi Ropeway to access the top of the mountain and view the mountain and the city right below it. You can also visit The Kawaguchiko Music Forest, a museum with music boxes, one of the biggest mechanical organs in the world and 720 species of roses in June.

If you keep seeing a pagoda in most of the photos of Mt. Fuji, this is the place where the photo was taken. It is located before you reach Mount Arakura in Fujiyoshida City of Yamanashi Prefecture. It is also famous for its cherry blossoms where a cherry blossom festival takes place when the flowers are in bloom.

Shibazakura means “lawn cherry” or the moss phlox that resembles cherry blossoms covering the ground. These small flowers that are normally in red, pink, purple or white blooms from April to May and is native to North America. The 8 different types are showcased during the festival within the park grounds. Visitors can also choose from the different photography spots to take the best shots and munch on or take home different sweet treats that they sell as souvenirs.

There are 8 springs composed of the meltwater that were stored in the mountain and filtered through the lava for more than a decade. It became a Natural Treasure in 1935 and was designated as a World Heritage Site together with the mountain in 2013. There are respective admission fees for different age groups and you can also dine at the restaurant within the site. You can choose the soba that is a Oshino speciality or the “Houto”, a noodle dish that is miso based and is part of the Yamanashi local cuisine.

1900 years ago, an ancient Japanese emperor declared to worship the mountain spirit of Mount Fuji from the north so a small shrine was erected in the area. Three goddesses of the mountain are worshiped in this shrine that became the center of the religion known now as Fuji-ko. People started to begin their pilgrimage here during the Edo Period. The shrine also became the starting point of the Yoshida Ascending Route consisting of climbing roads to reach the mountain and was designated as a Mt. Fuji World Cultural Heritage Site asset.

How would you like skiing while the backdrop is Mt. Fuji? They have slopes for all levels that consists of 7 courses and 4 lifts and the “Chibikko Island” for kids that has the largest sledging slopes in the region where they can ski and play in the snow safely. They cater to pros and families alike so everyone can have fun during the winter season from early December to late March.

A bit closer to the majestic mountain are two popular caves that have provided cold storage for the residents in the area when modern refrigeration and water services weren’t available yet. These caves were predominantly used to preserve silkworm cocoons and seeds. With an average temperature of 3 degrees celsius all year long, you’ll see icicles, ice walls and ice pillars anytime except for specific dates that may vary due to the weather and conditions of the caves.

The center is home to everything about the great mountain so if you’re interested to learn more about it and not just in parts as you visit the rest of the attractions, then this is a must see place for you. Located in the Yamanashi Prefecture, the building site is around 27,600 square meters and houses a south and north hall that focus on culture and nature respectively. The north hall also includes a seminar room, restaurant and shop. The site also includes a nature observation path.

Mount Fuji and its impressive grandeur has provided such wealth to the cities and towns surrounding it. Tourists and locals flock these attractions depending on the season and weather and have thrived in their own popularity as much as the mountain itself. There are a lot more attractions around the mountain that you can always discover when you visit the country and for sure it’s going to be another beautiful adventure that the mountain has provided for the world to enjoy.

By https://www.flickr.com/photos/reggiepen/ [CC BY 2.0], via Wikimedia Commons