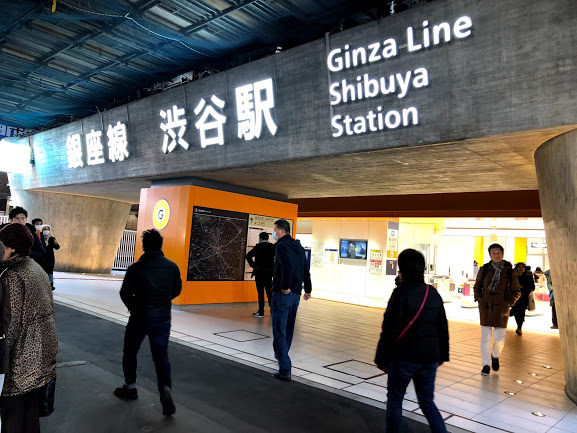 Greater Tokyo lives and breathes by its public transportation system. Over 160 different train and subway lines operated by 48 different companies run over 4,780km of track and pass through over 2,000 stations around the Metropolis. Over 40 million people use trains running on this network every day and it is of the utmost importance to keep the system modernized, moving and free of incident.
With the 2020 Olympics coming in just 4 short months from now, the race is on to complete some major updates and overhauls to the transport system before the Summer Games kick-off, bringing with it an expected 1.6 million people to town over the course of a month.

The largest links in the system are operated by the East Japan Railway Company, commonly called JR East, and is the largest passenger railway company in the world. The JR East owned parts of Tokyo, Shinagawa, Shibuya, and Ueno are some of the oldest and busiest train stations in the world, and JR Shinjuku Station actually is the busiest. The Yamanote Loop and Chuo Lines form the backbone of JR’s operations by linking the aforementioned major terminals together around Central Tokyo. Many of these stations are over 100 years old and would’ve needed an overhaul even if the Olympics weren’t a factor.

It’s very rare for a totally new station to open these days around Tokyo, but that’S just what will happen on March 14, 2020, with this new station between Shinagawa and Tamachi stations on the Yamanote and Keihin-Tohoku lines. JR East is transforming the area that used to be its Tamachi Railyards into a multiuse, multi-facility area that goes by the same name. The station will boast some new designs for JR’s station facilities like automated shops, instant fare collection machines, and cleaning robots. 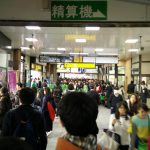 One of the oldest station buildings still in operation in Japan will be demolished once renovations are completed. Harajuku’s JR station was first built in 1924 and is the oldest wooden station in Tokyo currently, but the drawback is that it is very narrow, a bit dangerous whenever large crowds descend on the area and is prone to fire hazards. While the newer station building for Harajuku station will be opened on March 21, 2020, the old building won’t come down until sometime in the summer of 2021, so there’s still time to get your nostalgia on. 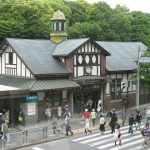 Thankfully, the updating includes fully utilizing the eastern platform which was only used during New Year temple visits to Meiji Shrine just next door, and to handle the throngs of visitors going to Yoyogi Park during cherry blossom season. This will be the new Shinagawa bound platform, while the current island platform will handle Shibuya bound trains only.

This station which opened on November 15, 1928, has a very curved track on the easternmost part of the platform that causes large gaps between the train and platform to traverse for passengers. As such, the station is currently being moved 200 meters westward along with adding a wider platform and new station building.

Located directly across from National Stadium, the home of the 2020 Olympics, plans were drawn up to drastically increase the size of the facility in order to handle the expected crowd size. Just like Harajuku station, Sendagaya will get a separate platform to handle westbound traffic, leaving the current island platform to handle eastbound passengers only. It is expected to open March 22, 2020, along with added gates and shops to the station.

Under reconstruction since 2015, Ochanomizu is getting platform extensions and track work done due to the Chuo Rapid line adding two double-decker cars in 2023. Chuo-Local trains will begin a longer schedule starting next month, and the whole station is getting a much bigger station building too.

The Hibiya Line that speeds underneath this station on the Ginza Line will get a stop here, connected by a long concourse. 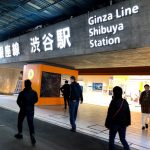 The Ginza line, Tokyo’s oldest subway route, got a new modern station on an elevated bridge over Meiji-Dori to replace the old one here in January. Meanwhile, the Hanzomon and Fukutoshin Lines down underground are getting updates as the whole Neo-Shibuya complex takes shape.

Other Major Stations Under Construction

There are a few other stations and even whole train lines that are getting major updates in 2020 that might impact your travel.