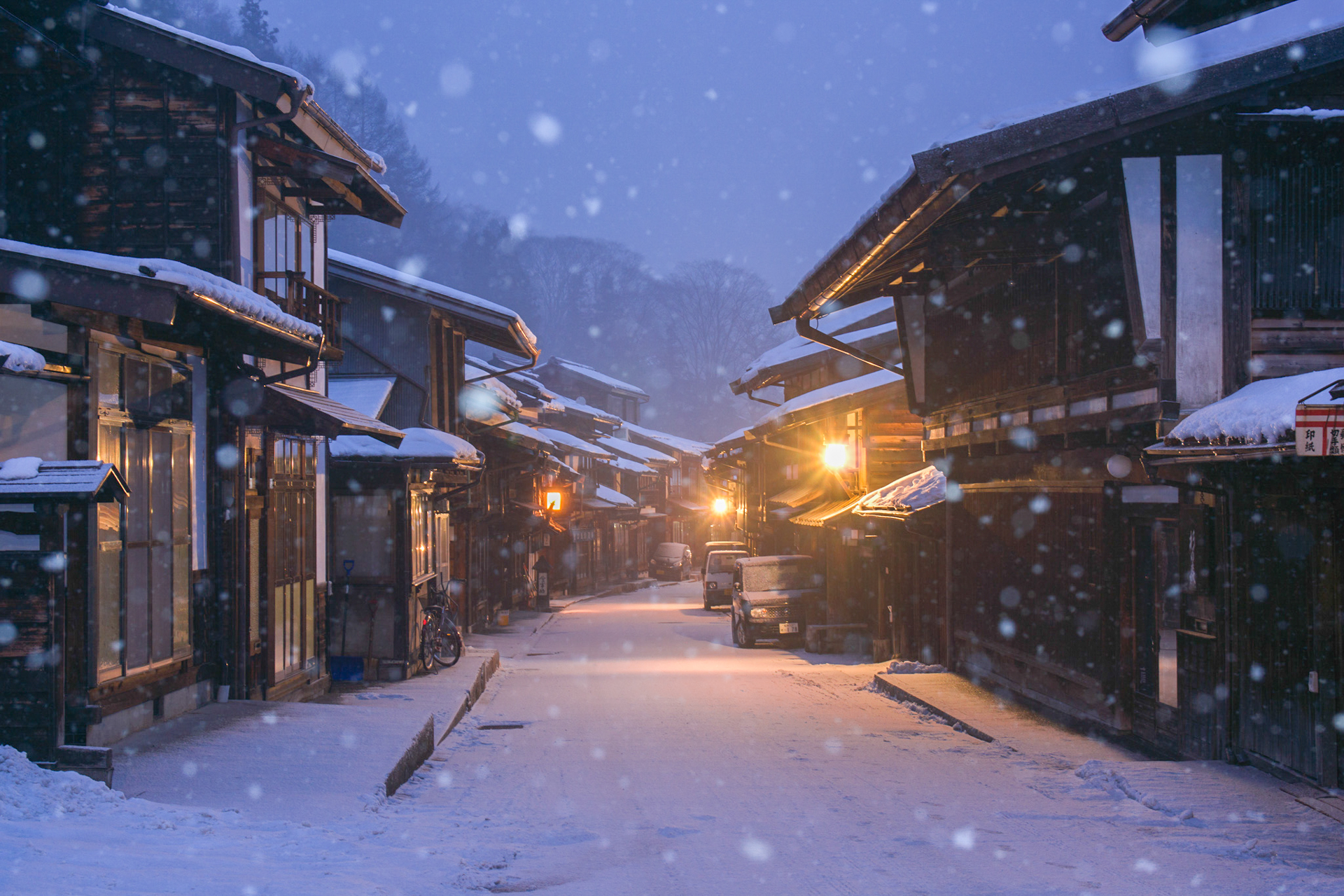 The Nakasendo’s landscape changes with the season but it’s during winter that warmth of the locals is most noticeable.

Before the invention of high-speed trains and airplanes, people had to walk between Kyoto and Edo. It would be many years until Edo became Tokyo and took the title of capital of Japan. During these ancient times, travelers could choose between three routes to make the roughly 21-day trek. Undoubtedly, the Tokaido route is most known outside of Japan as its paths were used to pave the way of the first Shinkansen train connection, but it is actually the Nakasendo route that was most traveled by the Japanese. High-ranked officials and traders of valuable goods preferred this inland route over the coastal Tokaido because of its safety and well-developed roads. The scenic Nakasendo route became so popular that artists were commissioned to travel its paths and bring back haikus and paintings inspired by the surroundings.

The Nakasendo’s landscape changes with the season but it’s during winter that warmth of the locals is most noticeable. Walking through ancient post towns and the breathtaking Kiso Valley feels different when it’s covered in a blanket of pure white snow. Warm tea and piping hot onsen water awaits travelers at every stop.

Two of the most beloved stops are Magome and Tsumago. These historically preserved post towns haven’t changed much over the years and the local inns are remain proud of their food and hospitality to this day. When traveling from Kyoto to Tokyo your first stop will be Magome, followed by Tsumago, before passing through the Kiso Valley. This area in Nagano Prefecture consists of steep mountains with little cultivated land – the rich, untouched nature and the combination of deciduous and evergreen trees topped with a tuft of snow.

It’s still possible to walk these trails when under their magic winter spell. Oku Japan has a special winter tour of the Nakasendo where you can experience snowshoeing and stay in specially selected locally owned inns that you can’t find on the usual booking sites. The accompanying bilingual guide is familiar with the trail and safety rules during the snowy season and well prepared in case of an emergency. You can book your own private departure to enjoy the Nakasendo’s magical post towns as they are coated in a layer of powdery snow.

The crisp winter breeze as you make your way through vast nature is replaced by the hot vapor of a warm cup of tea as you relax at the inns. Warm your body in the hot springs before indulging in the season’s cuisine. Tsumago’s famous Gohei Mochi rice cakes are heated up extra warm so you have a snack to enjoy while going for an evening stroll under the lit lanterns.

Click for more information about Oku Japan, or to book a tour.