Watch Some Sumo Wrestling at the 2019 Grand Tournament in Osaka 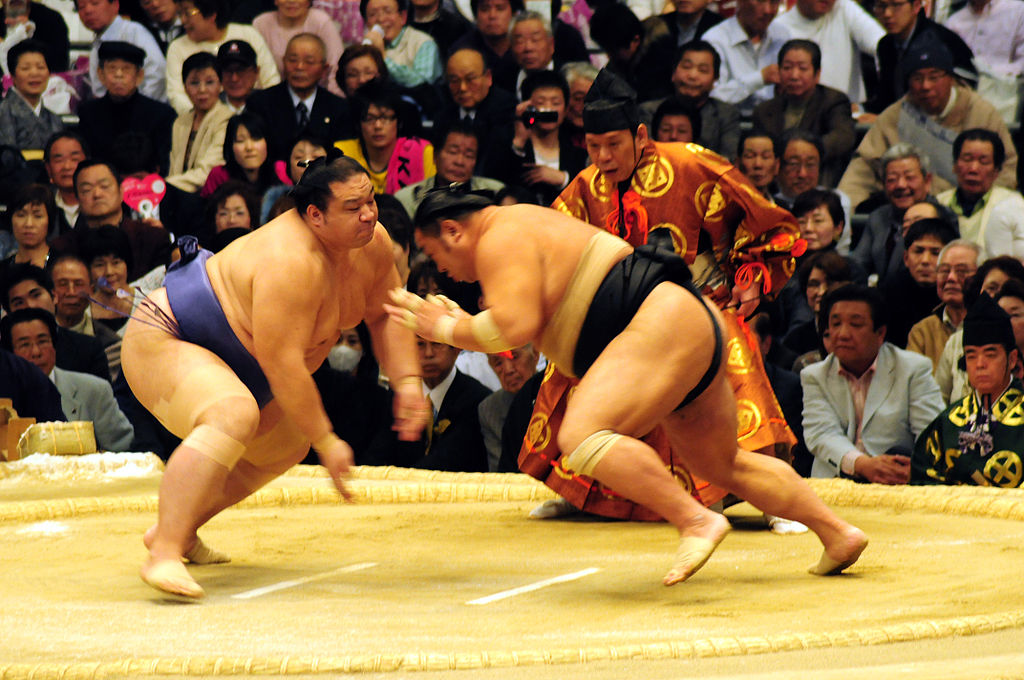 Watch Some Sumo Wrestling at the 2019 Grand Tournament in Osaka

Sumo wrestling is a sport uniquely associated with Japan. Although not all professional sumo wrestlers are Japanese, the sport originated in Japan, and it remains the only country where it is practiced professionally. When people across the world think of sumo, they will undoubtedly conjure up images of two heavyweight Japanese fighters staring each other out, slapping their thighs and pushing their heavy frames into each other.

Sumo is classified as a Japanese martial art although its part in Japanese culture can be traced back centuries to a time when it was associated with Shinto ritual. Early sumo bouts and competitions in front of spectators began sometime during the Nara and Heian periods (710-1192) when bouts were held in front of the emperor at the imperial court. Professional tournaments started during the Edo period in the late 17th century. Events were regularly held in Edo (now Tokyo) and Osaka.

Today, professional sumo wrestling is organized by the Japan Sumo Association with over 650 wrestlers fighting across six divisions. Much has changed in the 1500 or so years since the start of sumo, although many of the rituals and techniques have survived down the ages.

The goal of a sumo bout is to force your opponent either out of the circular ring or ‘dohyo‘ (which is demarcated with rice-straw bales) or onto the ground using one of the sport’s 48 legal moves. Sometimes brute force may be enough but more often than not the victor is the one with the superior technique, and wrestlers can sometimes beat an opponent twice their size using skill and tactics. Bouts can last anywhere from just a few seconds to several minutes, but it’s the lengthy pre-match rituals where things actually begin, building the anticipation of the gathered crowd.

If you’ve never seen live sumo wrestling before, it’s a spectacle well worth catching and the annual Grand Tournament in Osaka is just around the corner! Since 1958, six Grand Tournaments have been held each year. Osaka hosts the event every March and tickets are now on sale for the 2019 showcase that takes place from March 10-24 at the Osaka Prefectural Gymnasium (EDION Arena Osaka). There are various types of tickets available at different prices, including:

Tickets can be bought online in advance with a booking fee of 1,000 yen added per ticket. There are a limited number of general admission tickets available on the day, priced 2,100 yen for adults and 200 yen for children. Bouts take place throughout the day each day so you’ll have plenty of opportunities to catch some action along with the traditional ceremonial activities that take place between the matches. Event and ticket information can be found here.