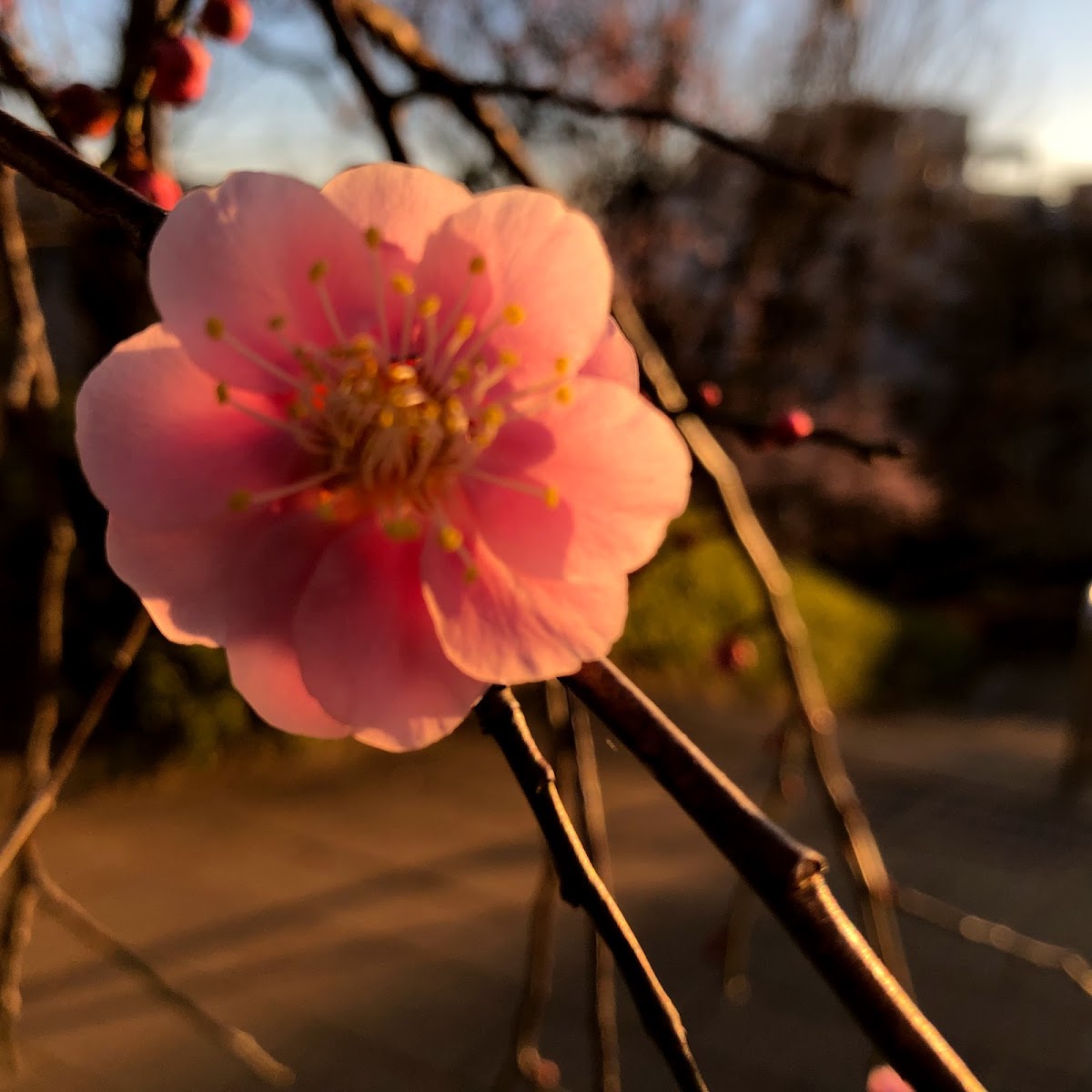 While the cherry blossom is the flower that tends to dominate the imagination of Japanese botanic appreciation, it is perhaps the plum (ume) blossom that should be the more celebrated. Reddish pink or white flowers, they are distinguishable from the sakura by their split ended petals and their strong sweet smell. Prior to the Nara Period (710-794 AD) it was in fact the blossom of the plum tree that Japanese referred to as hanami (flower viewing), as the flower bloomed in mid-February it more accurately heralded the coming of spring than sakura blossoms a month later.

To this day there are many great ume matsuri (plum festivals) dedicated to the viewing of the ume blossom in parks and temples all over Tokyo, so why not wrap up warm and take the first picnic of the year under the branches of these beautiful trees.

The 300 plum blossom trees of Yusima Tenmangu Shrine (Yushima Tenjin) were so loved by Lord Sugawara no Michizane that, when he was exiled to Kyushu, he wrote a famous poem that read “Let the east wind blow and send your fragrance / Oh, plum blossoms / Do not forget the spring / Even though your master is gone.” Today the shrine is devoted to a deified scholar and is thus popular with students. The month long Bunkyo Ume Matsuri reaches its peak at the end of February when you can enjoy traditional music, performing arts and tea ceremonies at weekends.

Another shrine with 300 plus plum trees within its grounds is Kameido Tenjin. Like Yushima Tenjin, Kameido Tenjin is well known for its ume hanami (as a rule of thumb, shrines with the word ‘tenjin’ in their name, the Kami name of Lord Sugawara, tend to be associated with plum trees). There are a variety of events held and full bloom tends to be from the middle of February to the end of March. The shrine’s arched bridge is truly staggering, and it is worth checking out the famous ‘Goken no Ume’ tree that blossoms both red and white flowers.

The festival at Hanegi Park is perhaps the one to head to if you want to get your fill of plum blossoms. With between 650 and 700 ume blossom trees (around one third dark pink, the rest white) the park is an explosion of colour and delicious scent throughout February. Located on Umegaoka 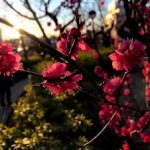 Another Tenjin shrine, Ushi Tenjin Kitano shrine is dedicated to the aforementioned 9th century poet and plum aficionado Sugawara no Michizane. He would not be disappointed here, as there are dozens of the trees, particularly of the near red variety or the pink weeping plum blossoms known as shidare ume. On Saturdays you can sample sweet amazake sake, and on Sundays you can try the special Kitano no Fukukoubai, a local umeshu (plum wine).

Though built in the 17th century under the guidance guidance of daimyo Mito Komon, the plum tree garden of Koishikawa Korakuen has retained its charm and beauty to this day. Purple and white flowers adorn the few dozen trees that surround the water lillied ponds of one of Tokyos oldest and most beautiful gardens. There is a small restaurant overlooking the garden that serves traditional Japanese cuisine. During the festival there are traditional music performances and Edo-style street arts.

If you want to take in something even more striking and don’t mind travelling out of the city, you can do no worse than visit the Odawara Ume Matsuri. Odawara city in Kanagawa Prefecture hosts perhaps the most dramatic of plum blossom festivals. Set around the Soga Bessho Bairin grove, there are around 35,000 plum trees on show of all different colors, shapes and sizes, framed by the iconic backdrop of Mt Fuji. There are plenty of festival attractions as well including calligraphy and lion dances amongst others.