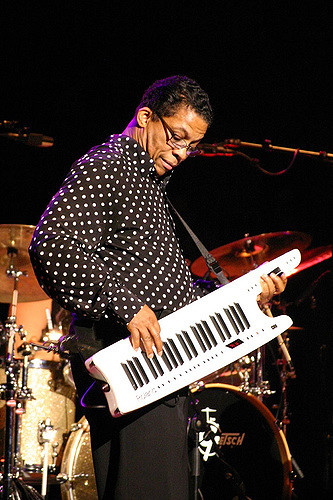 It may surprise you to know that the Tokyo Jazz scene is one of the biggest (if not brightest) in the world. In fact, with so many cafes, bars and clubs across the capital, only the New York City scene is comparable for sheer quantity.

If you feel that hunting out the best venues is something of a chore (not that you should, seeing as how we have provided you with a pretty decent introduction for your jazz-loving quest right here), then a good as place as any to start is the Tokyo Jazz Festival in September.

About the Tokyo Jazz Festival

Launched in 2002, this year sees the festival celebrate its 15th birthday, and in that time it has developed to become the largest international jazz festival in the country. Held at the Tokyo International Forum and its surrounding area, some 80,000 visitors will come to watch the 200 plus acts that hail from Japan and all over the world.

With a theme of celebrating jazz “beyond borders, beyond generations” and broadening Tokyo’s cultural scene, there is a broad, diverse and eclectic (though on occasion hit-and-miss) line up, something that should appeal to jazz lovers of all tastes and affiliations.

Amongst the international favorites, top of the bill has to be Herbie Hancock. The famed, and perhaps unrivaled pianist who was once part of the Miles Davis Quintet has long been a staunch supporter of the festival, having been its music producer from 2002 to 2005. This year he returns with an act featuring James Genus, Lalah Hathaway, Trevor Lawrence Jr and Terrace Martin.

Another leader of the American jazz scene in attendance is Kenny Barron, one time pianist for Dizzy Gillespie and considered one of the most important and influential mainstream jazz pianists since the bebop era.

But it isn’t just the international acts you should be keeping an eye out for. Hiromi Uehara, known for her energetic live performances is one to watch. If her blend of musical genres such as post-bop, prog rock, and fusion is a little modern for your tastes, then you should head over to famed bossa nova saxophonist Sadao Watanabe, who has a recording history as long as your arm, 13 albums of which have hit the US Billboard top 50.