Things to do in Tokyo For Golden Week 2019 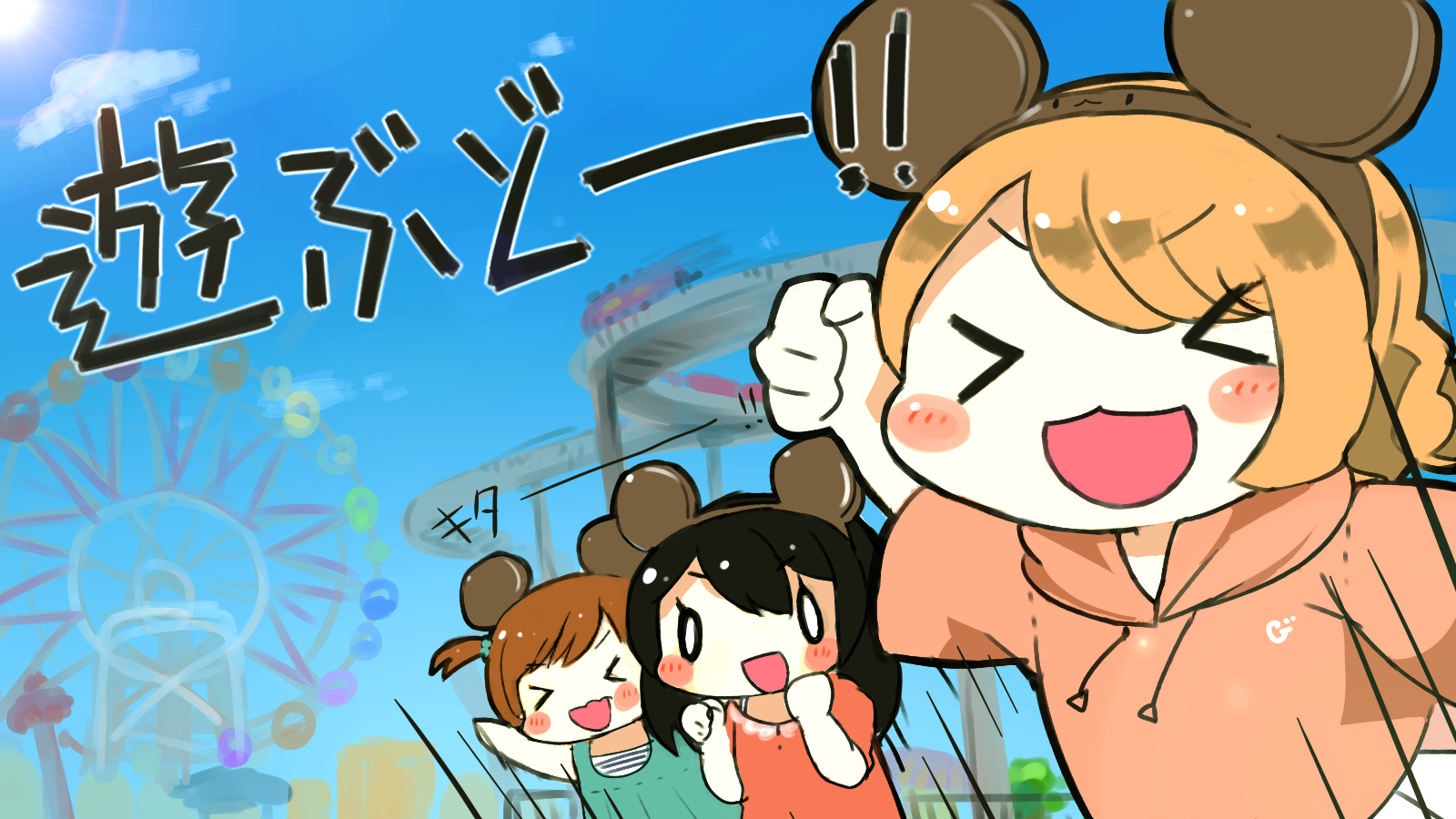 Things to do in Tokyo For Golden Week 2019

Golden week is the longest public holiday period in Japan, and many residents make a trip abroad, or to a tourist area like Kyoto over the break.  Trains and airports can be crowded, and the traffic into any area worth a visit is going to be heavy at best, standstill at worst.  Need a hotel?  If you have not booked well in advance you are probably not going to get one during Golden Week.

To sum up, it seems like everyone goes somewhere over Golden Week, but if you are not interested or able to leave Tokyo, there are still a wide variety of activities to keep yourself entertained during the Golden Week Holiday period.

Check out the Carp Streamers at Tokyo Tower Back in the day, Children’s Day was called Boy’s Day and the virtues that parents wanted to be entitled in their sons (power, success, wisdom) were celebrated on this day. (Remember, Hina Matsuri Day on March 3rd is really Girl’s Day, so the Japanese do keep it equal with the genders having their own holiday!) Traditionally, the custom is for parents to fly a kite in the shape of a carp (koinobori) outside their homes for every boy under their care.

Nowadays, there’s no real rule saying you can’t fly one for the girls living there too, and since a large number of families live in apartment blocks, they may fly none. Not to worry though, Tokyo Tower has a carp streamer display every year that tops pretty much anything anyone can legally fly outside their home! 333 kites are flown symbolizing the 333 meter height of Tokyo Tower.

Out in the western suburbs of Tokyo’s Tama region, Okunitama shrine in Fuchu will hold their annual founding day celebration and festival complete with samurai archers on horseback, large Omikoshi floats and taiko drumming. Held between April 30 and May 6, the two best days this year will be May 4 & 5 when the biggest processions will be shown. Okunitama Shrine is about a 10 minute walk from Fuchu station on the Keio line.

It may come as something of a surprise, but there is nothing more traditional to do during Golden Week than to visit the cinema. In fact, the holiday’s nomenclature is directly linked to the silver screen, having been coined in 1951 by the managing director of Daiei Film Co ltd to reflect the ticket sales boom during this period following the holiday’s introduction in 1948.

Most theaters are open for business, and Japan’s usually back-of-the-pack release schedule usually is suspended at this time (hello summer blockbusters!) so pick something and go!

Many of us, having just escaped the office, will want to get out and about and enjoy the spring sunshine outdoors!  For them, Showa Day marks the beginning of the Spring Grand Festival at Meiji Shrine.  The annual festival runs from April 29 until May 3, and it is a lovely opportunity to wander the gorgeous gardens of azaleas, oleaceae, and yamabuki that embellish the shrine.

In addition to enjoying “nature,” you can take in many of the festival’s events, including various Japanese traditional performing arts, such as:

All performed in honor of the deities in front of the main shrine.

May 5 10 am Children’s Festival

Constitution Memorial Day is an excellent day to reflect upon democracy and the continually evolving state of Japanese politics, and what better way to do this than a tour around the National Diet Building?  Built in 1920, the Diet Building is a striking representation of early 20th century European and traditional Japanese fusion design. As well as being a reference to the late Emperor Hirohito’s love of flowers, Greenery Day is a time to reflect on Japan’s outstanding natural beauty, which makes it a great day to visit the Yumenoshima Tropical Greenhouse Dome. Constructed in the 1950s on a manmade island of reclaimed land, the greenhouse uses the heat produced by a nearby garbage disposal plant to warm the  As well as strolling through the botanical gardens, there are many activities to enjoy such as hula dance stages and flower bouquet making, and entry is free on Greenery Day. Another great Greenery Day experience is the world famous Ueno Zoo, with over 460 species including Sumatran tigers and western lowland gorillas all within a short walk from the park exit of Ueno Station in Taitō-ku, Tokyo.  The zoo was Japan’s first, dating from 1882, and in another first contains the Ueno Zoo Monorail, the first monorail in the country.  Ueno Zoo is located in Ueno Park, a large open space home to museums, an amusement park, and more.

An outing to Ueno Soo is always an excellent day out for the family, and FREE ADMISSION on Greenery Day can only improve the experience!

Speaking of families, Children’s Day is the best time to treat the little ones, and there are plenty of things you can do in Tokyo, but if you really want to get in your kid’s good books, why not take them for a day at Disney? Now, you may be thinking of those long queues that you often encounter waiting for Mickey’s magic, but as many families will be away traveling, this is perhaps the ideal time to visit Walt’s wonderland.

If you are still wary, you can always check out the Disney calendar to see how busy it is likely to be before you make any plans. At 600 meters, Mount Takao stands just west of Tokyo in Hachioji.  It is among the top 100 best landscapes of Japan, and the Michelin Guide has rated it as a 3 star destination.  Despite its famous natural beauty, Mt. Takao is easily reached by public transportation from Tokyo, making it a nearly ideal for a quick mountain getaway.  There are a number of good hiking trails to keep you occupied, and I imagine most of them end at twelve hundred-year-old Head Temple Takao-san Yakuo-in, a Buddhist temple.  You can hike to the top, or ride the cable car up to enjoy some great views of Mount Fuji.

Takao San and the Meiji Memorial Forest Takao Park are the extreme eastern start of the Tokai Nature Trail connecting Mt. Takao with the Mino Quasi-national Park all the way down in Osaka, and is home to over 1200 varieties of wildlife. Wisteria is a woody climbing vine and flowering plant in the pea family.  It blooms in late April and early May, and many temples, shrines, and parks are famous for their wonderful, fragrant gardens.  Families will usually stroll beneath the trellis, or picnic together in the park.

One famous location in Tokyo is Kameido Tenjin Shrine, which hosts an annual Wisteria Festival. The wisteria trellises hide a quiet pond and unique scenery of purple flowers reflecting on the water that has been the subject of woodblock prints and other art forms for hundreds of years. You will also enjoy the walk to the temple, which passes through an old town area that will put you in the correct mood to view the flowers.

Billed as ‘the biggest yoga event in Tokyo’, Organic Life Tokyo sees 50 instructors giving yoga classes over the course of three days. And that’s not all – holistic living enthusiasts will lap up the ethical fashion and organic wine and veggies on display. Chat to the producers, stock up on goods and mingle with like-minded yogis. Why not get outside and try strawberry Picking at the Tsukuihama Tourist Farm.  Price of admission fee includes a basket full of berries, as well as all-you-can-eat while picking… one for me… one for the basket… Picking season runs until May 5.