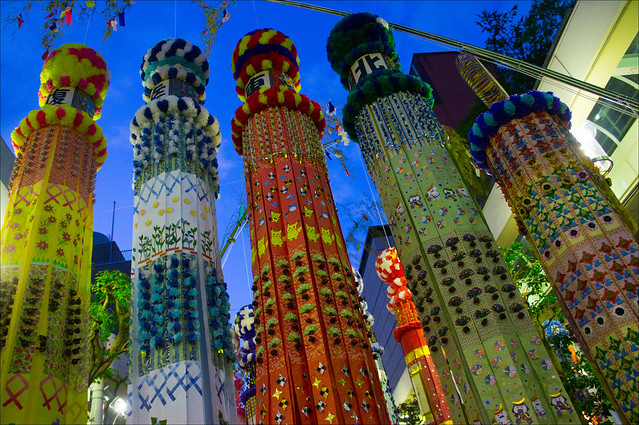 Tanabata, also known as the ‘Star Festival’, is a popular summer event celebrated all over Japan. As the festival’s name suggests (literally ‘Evening of the Seventh’), it is held on the seventh day of the seventh month, and depending on where in the country you are, this can follow either the Gregorian or Lunar calendar.

The Story of Tanabata

The festival first came to Japan in 755CE in the form of Kikkōden, or ‘The Festival to Plead for Skills.’ Kikkōden itself can be connected back to Qixi, an event long celebrated in China related to the folklore tale, “The Cowherd and the Weaver Girl.” 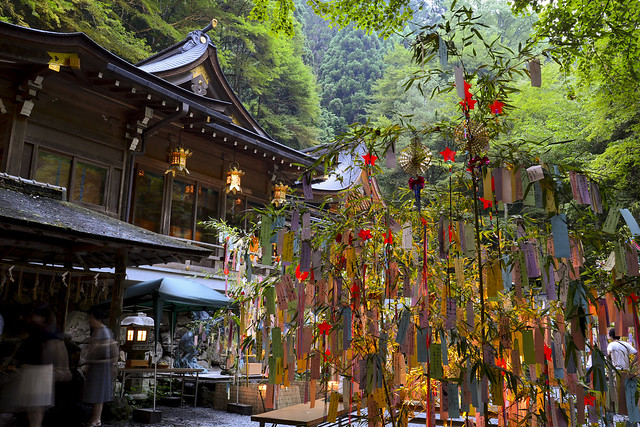 The story follows the events surrounding two, quite literally, star-crossed lovers. Princess Orhime, a bright star (Vega) in the night’s sky, wove beautiful cloth on the shore of the Milky Way, despairing that she would ever meet her true love. Her doting father, Tentei, the Sky King, arranged for her to meet the cowherd Hikoboshi (Altair) who wandered the skies with his sparkling herd on the other side of the Milky Way. The heavenly pair fell in love and married, but their devotion to each other was so intense that they soon neglected their work, angering Tentei who forbade them from seeing each other. Distraught, Orihime pleaded with her father to allow her love to stay, and so it was permitted that they were to meet one day a year, on the seventh of the seventh, as long as she worked hard at her weaving throughout the rest of the year. However, on the day of their first meeting, the Milky Way’s current ran too strong, and she was unable to ford the river. Orihime cried so loud and hard that a flock of magpies came to her aid and carried her across the river to her beloved.

How to celebrate Tanabata

Today, Tanabata is considered a holiday primarily for children. Keeping with the tradition of Kikkōden, it is a time when children make wishes – whether for snacks, toys, a trip to Disneyland or even success in tests – and write them on sheets of paper. These sheets are hung from the branches of bamboo trees (either live or just strips cut from trees to hang up at home) in the hope that they come true, much like writing a letter to Santa Claus and sending it up the chimney. 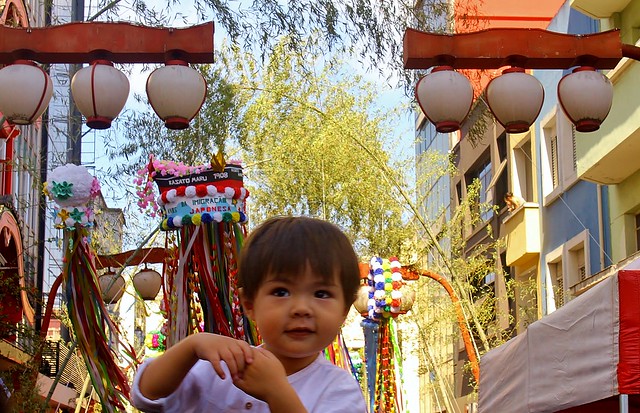 Due to Tanabata coming in the middle of summer, many communities take the opportunity to hold festivals with all the usual trimmings of food, decorations, fireworks, yukata, and plenty of sake. The three most famous of these festivals are in Sendai in Miyagi Prefecture, Hiratsuka in Kanagawa Prefecture and Ichinomiya in Aichi Prefecture.

But most importantly, during Tanabata Japanese pray for good weather, and not just because a spot of rain will render their festivals a damp squib. Instead, it is believed that should it rain on the seventh of the seventh the magpies will not come and poor Princess Orihime will be unable to meet her love.