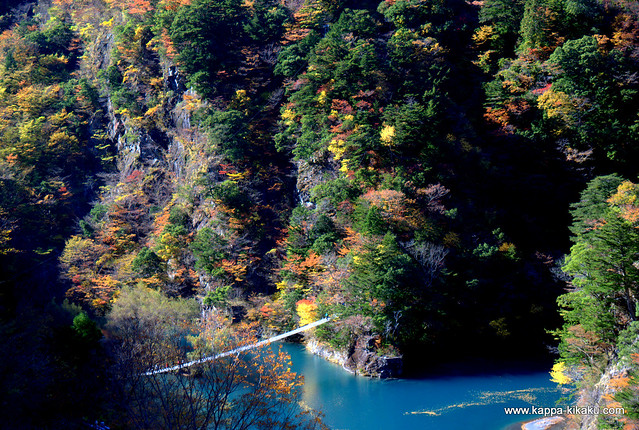 Japan is full of beautiful, breathtaking destinations, but the age of social media is driving travel within the country even further. Who doesn’t want a photo of themselves beneath the shrine gate of Miyajima as the sun rises? Or how about the snow with the onsen monkeys? Or within the torii gate corridors of Fushimi Inari? However, one of the most instagramable (yes, that’s pretty much a real word nowadays) places this summer is at Sumatakyo in Shizuoka, less than three hours drive from Nagoya and a bit more than 3 hours from Tokyo. And even if you don’t care about what your ‘friends’ on social media think, it’s well worth a trip.

Tucked away in Kawanehon town in Shizuoka Prefecture, with its rolling hills and lush forest, Sumatakyo is popular with hikers and beauty spot seekers alike. But while there are many reasons to come to the area, most visitors are there for the rickety suspension bridges that span the Sumatakyo gorge. 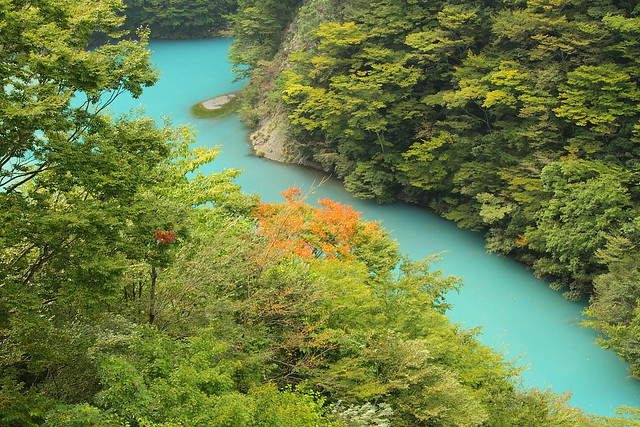 With its sparkling blue waters, the gorge is a sight to behold. The most famous of the bridges is the Yume no Tsuri Bashi that, with a maximum of eleven people at a time permitted to cross it, gives more thrills in beautiful nature than Indiana Jones scaling Mount Fuji.

Listed in the world’s top ten of suspension bridges by Trip Advisor,  Yume no Tsuri Bashi is a mere 35 centimeters wide and bounces as you make your way across, so if you are of a nervous disposition, it’s a good idea to hang on tightly. However, if you’re feeling courageous, let go and allow the sway to take you for a ride. But be aware, though the turquoise water below looks as inviting as a Maldive Beach, it’s still a deep gorge. So, what I’m saying is be careful.

Sumatakyo is most conveniently found by car, a three-hour drive from Nagoya. If you are driving, although Yume no Tsuri Bashi is the most famous bridge, there are several equally beautiful (if you discount Tripadvisor) bridges in the area. Look for signposts or ask around. 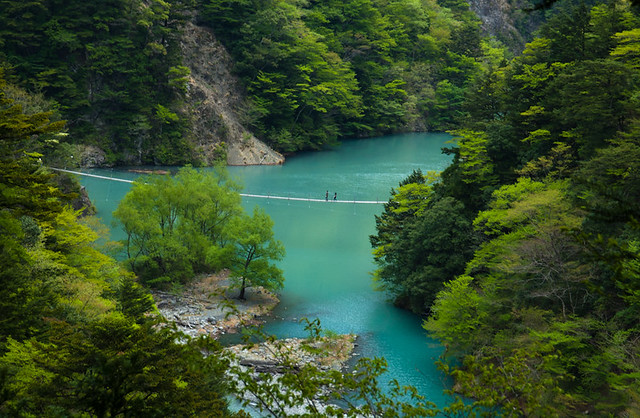 However, it is accessible by public transport. Take the train to Kanaya Station where you join the Oigawa Railway line to Senzu, which makes the trip extra special as it is one of the few operating steam trains left in Japan. From Senzu, take a bus to Sumatakyo, which should be well signposted.

With it being quite a trek, and transport being sporadic – the train from Kanaya goes only three times a day – it may be advisable to spend a night in the area. If you choose to, there are quite a few beautiful traditional ryokan hotels in which you can stay.