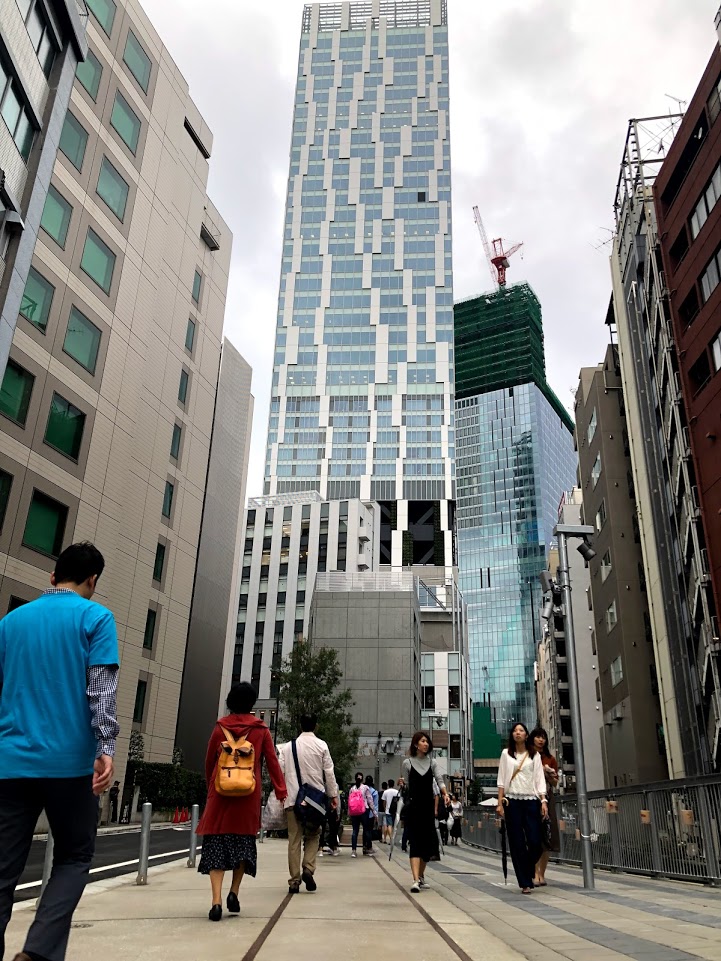 With its constant stream of people, iconic street crossing, and of course one of the most recognizable canine mascots in the world, Tokyo’s Shibuya district is known worldwide, if not always by name, it arguably best matches the foreign idea of Tokyo. Currently, in the middle of an ambitious building phase that started over 20 years ago, the entire Shibuya Station complex will be rebuilt entirely by 2027, bringing with it a more pedestrian friendly and connected feel to the area. As new spaces come online, they bring new places to eat, shop, and relax with them.

Located immediately south of Shibuya Station lies the new Shibuya Stream and Shibuya Bridge complex consisting of a 50 story tower clad in white asymmetric windows, a winding five-story building featuring a boutique collection of restaurants, hotel, and co-working spaces, and an outdoor plaza and atrium that weaves into a new promenade alongside the Shibuya River. The new area was created when Tokyu’s Toyoko rail line was placed underground in a tunnel, opening up the land to further use. Tokyu Corporation, which still owns the land and is one of Japan’s most prominent builders, decided to incorporate bits of the old train terminal’s iconography into the new spaces. For example, the pedestrian crossing over Route 246 sits where the Toyoko line’s three platforms and rails once sat. They even preserved the old rail itself into the sidewalk and labeled the areas where pylons carried the elevated line.

Inside the building, the color scheme from the old station remains, but touches of modernity like a dancing LED and laser display were added into the mix. The street and atrium levels of the complex are home to many shops and restaurants, many returning to Shibuya (Dean and Deluca), are new to Shibuya itself (Lemonade Stand), or even brand new to Japan.

Of course, some shops are very familiar as well.  Shibuya’s eighth Starbucks will open here… a 10-minute walk from 3 other locations. Yay caffeine!) The biggest attraction in the new complex has to be the Shibuya River walkway.  The river itself is a concrete storm drainage canal, inaccessible to the public due to an elevated train bridge. Now there are spaces to sit and relax next to the river, and the new buildings facing this new pedestrian space house eateries, shops, and bars. In the plaza where the river emerges from underground, there is a large plaza. At the other end, there is a small park and the Shibuya Bridge building. Shibuya Bridge is a low slung, long curve of a building that is built roughly outlining the old elevated rail structure itself. In addition to providing the last few hundred meters of walkway trail, it is home to the Mustard Hotel, a new boutique hotel concept.

In addition there is a restaurant, co-working space, and a daycare facility. From this point, you can continue across a pedestrian bridge over the JR Yamanote Line tracks and into Log Road (another development in what used to be the Toyoko Line’s tracks) and into the Daikanyama and Naka-Meguro districts if you’re up for a little exercise.

Shibuya Stream is located immediately south of Shibuya Station and easily accessible from exit 16 of the underground levels or across Tamagawa-Dori on the pedestrian bridges.