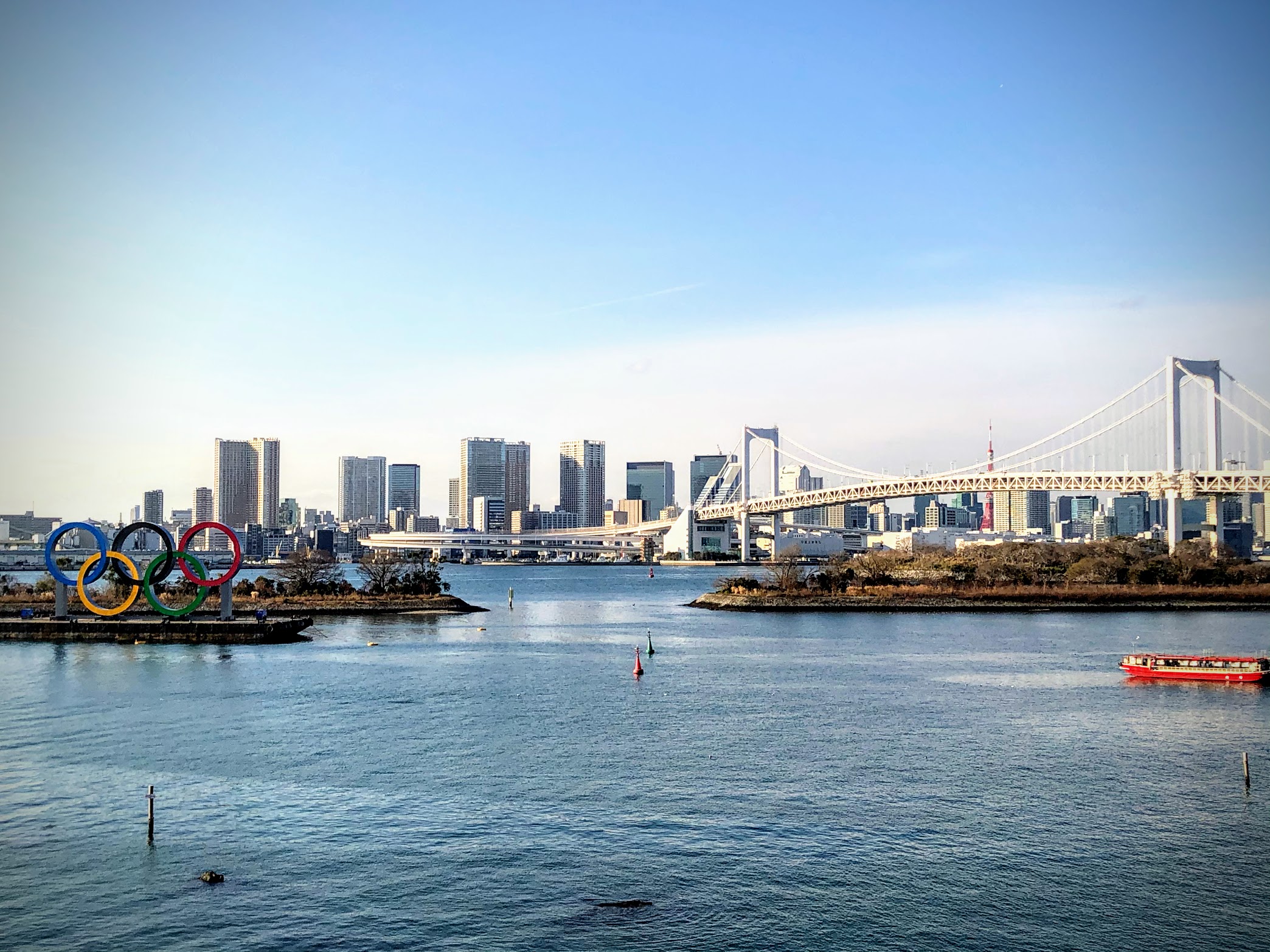 You may not know the Odaiba district by name before coming to Japan. Still, you have undoubtedly seen its various landmarks turn up in almost every form of media that showcases modern Tokyo. From landmarks like the triangular inverted pyramid of Tokyo Big Sight to the sprawling convention center, ginormous Ferris wheel over the Pallete Town leisure area, or the imposing Rainbow Bridge connecting the central Tokyo mainland to the island, you’ve seen it before. Right down to the in-real-life sized Gundam robot that stands guard over the place. But why are these things located on an island sitting on the edge of Tokyo Bay?

The Batteries that Protected Edo 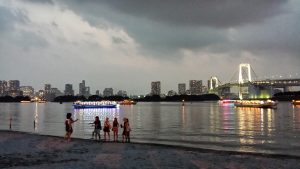 Somewhere around 1853, fortifications became required on the coast to protect the city (then known as Edo) from those pesky Americans, lead by Commodore Perry, who were trying to force trade with the reclusive shogunate. Small islands were dredged out of the seabed and fitted with cannon batteries, which in Japanese are called ”Daiba” (台場). Although 11 were planned, only six were built. The third one is now a park that you can visit and see how it looked over 160 years ago. Later during WWII, the area surrounding the batteries became a port, so the shallows were dredged, and all that dirt needed to go somewhere, thus forming the foundations to the artificial island system. After the war, these became a landfill used for getting rid of the rubble of the air raids and construction waste in the ensuing boom. Finally, it was around 1992 a major construction project was launched to turn the area into mostly what we see today.

Because it has so much flat open space close to the center of town, Odaiba is known as an oasis of leisure for many a Tokyoite. There are many parks, plazas, and recreation areas to enjoy here. But the biggest draw is the shopping; there are eight major shopping malls, each with its own set of exclusives and themes.

Decks Tokyo Beach is the home of Legoland Tokyo, Sega Joyopolis, and the Odaiba Ichibangai floor, which includes a video arcade with games from the latter 20th century and before. 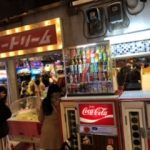 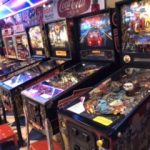 Next door is Aqua City, another mall with everything. It features the United Cinema movie theater with a sound system, motion chairs, and wrap-around screen that makes a movie more of an activity than a passive watching experience, and an expansive list of restaurants that include the Ramen Kokugikan where many famous one-off noodle shops are clustered. On the other side of Fuji Television’s headquarters building, which looks like Minecraft and Lego had a baby, is Diver City, which has a large Round One Spocha game center on the top level, and the life-sized Unicorn Gundam statue mentioned earlier. Hey, it’s a bit more authentic than that other statue by Aqua City! Because of this, there are various Gundam related shops in the mall to satiate all your giant robot anime urges. Just south of there is Odaiba Oedo Onsen Monogatari, should you find yourself in need of a soak in the hot springs. Also, don’t miss the Venus complex just east of the Gundam statue; it’s home to the Toyota City Showcase and Megaweb History Garage. If you’re into cars, then this is the place for you.

The other thing you’ll notice about this part of town is that there is an abundance of parks, plazas, and wide pedestrian pathways connecting everything. This is by design, of course. The original masterplan for Odaiba was for it to be a series of high-rise communities in its interior, surrounded by coastal parks and has mostly remained true for the westernmost section of the island. 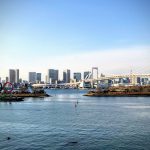 Just north of Decks and Aqua City is Odaiba Seaside Park and to the west of Aqua City, and Diver City is Shiokaze Park. Both of these coastal parks have space for all kinds of recreation, whether you want to get in a jog or lay in the sun. Swimming isn’t allowed, but you are welcome to wade and splash about in the shallows just off the beaches as well. The easiest way to get to Odaiba is via either the Tokyo Waterfront Rinkai Line or the Yurikamome automated transit line. The Rinkai line is connected to JR’s Saikyo line and makes stops at Ikebukuro, Shinjuku, Shibuya, and Osaki stations, making it very convenient for making connections to other train lines. The Yurikamome connects at JR’s Shimbashi station along with the Asakusa and Ginza subway lines. It’s a little more expensive, but since it crosses over the Rainbow Bridge, the views from the train are spectacular. Speaking of which, you can also walk or bike your way across the Rainbow Bridge itself; there’s pedestrian access just east of Tamachi Station and takes about 45 minutes to cross into or out of Odaiba Seaside Park.