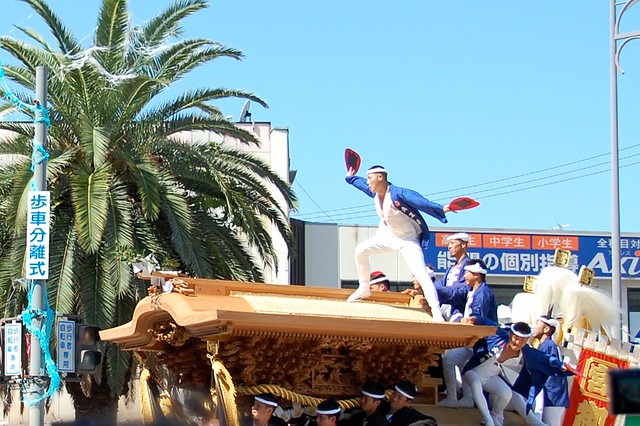 With more than 300 years of history, the Kishiwada Danjiri Matsuri is the oldest Danjiri Festival in Japan. Such festivals are held right throughout the country, but for most Japanese, if you say ‘Danjiri Matsuri’ this is the one, with its raucousness and inherent danger, that springs to mind.

Believed to have its origins in Kyoto’s Fushimi Inari Matsuri of 1703, at which the then daimyo of Kishiwada, Okabe Nagayasu, prayed for a good harvest for his domain, the festival is split into two distinct festivals, one in September and another in October. Despite it having fewer danjiri, it is the former that is the most famous and celebrated 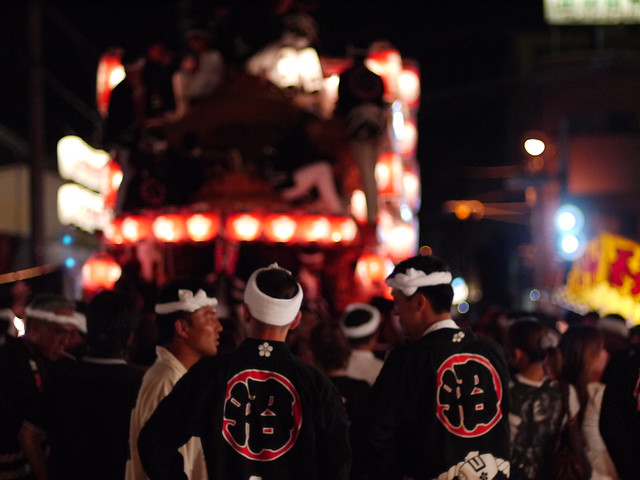 A danjiri is an elaborately-carved traditional Japanese wooden float, decorated with a number of exquisite ornaments weighing in at around four tons. Every September the working-class castle town of Kishiwada, an hour outside of Osaka, sees 34 of these immense danjiri dragged through the streets in order to pray for the local harvest of rice, wheat and soybeans.

Each of the danjiri represents one of the town’s neighborhoods, and the locals manually pull them along at breakneck speed, showcasing their area’s artistry. But it’s not only the carpentry on display, for on top of the danjiri ride the carpenters themselves, dancing acrobatically and without fear as their creations hurtle down the road. 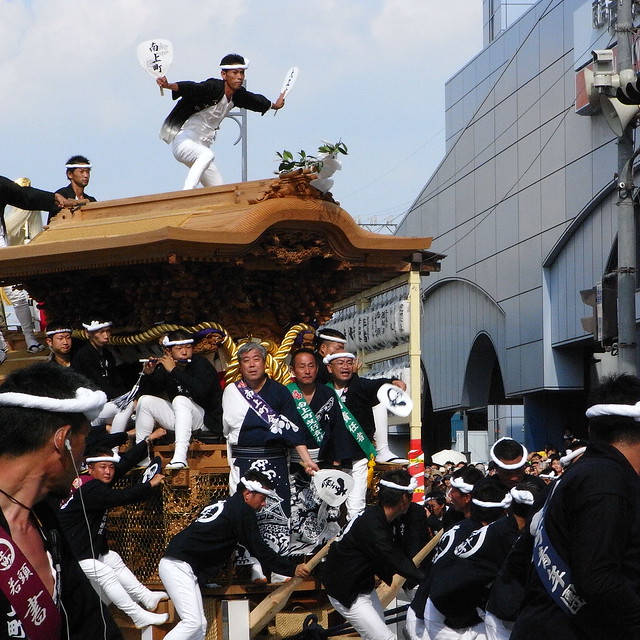 The highlight – and by far the most dangerous aspect – of the parade is without doubt when the fixed-wheeled behemoths come to corners. Unable to be steered in a conventional sense, it is required for those pulling the danjiri to accelerate into the corner before literally spinning it at 90 degrees, its wooden wheels juddering across the asphalt as they do so.

It is at this point that in the past people have unfortunately died, primarily as a result of carpenters toppling from their creations. There have been no deaths in recent years, though people still do fall into the crowd, so it pays to get close to the action, but not too close…

Kishiwada itself was still very much a rural area until quite recently, and that fact can be felt in the friendliness and general attitude of the locals.

The original Kishiwada Castle is said to have been built in the 4th year of the Genko Period (1334) to the east of the current castle, in Noda-cho. Reconstructed in its present spot in 1597, the donjon was struck by lightning and burned down in 1827, and the rest was torn down during the Meiji reformation. Today’s castle was rebuilt in the 1950s, constructed on the original stone walls that were all that remained after the Meiji era destruction. 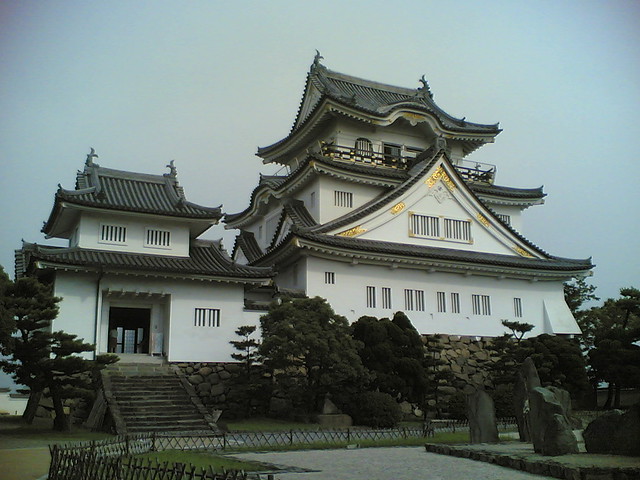 Dai-itoku-ji, on the outskirts of Kishiwada, is a small but picturesque temple of the Tendai sect that, in late October and November, is one of Osaka’s most popular spots for viewing the changing colors of the maple leaves.

If you are unable to visit Kishiwada during the festival, the next best thing is a visit to Danjiri Kaikan. An exhaustive exploration into Danjiri Matsuri’s history and traditions, the exhibition hall houses the city’s oldest-known float as well as a number of exhibitions on the festival’s wood carvings, clothing and music. Furthermore, there is an immersive 3-D video that puts you on top of a danjiri as it turns; as close as it is possible to get to the complete festival experience. 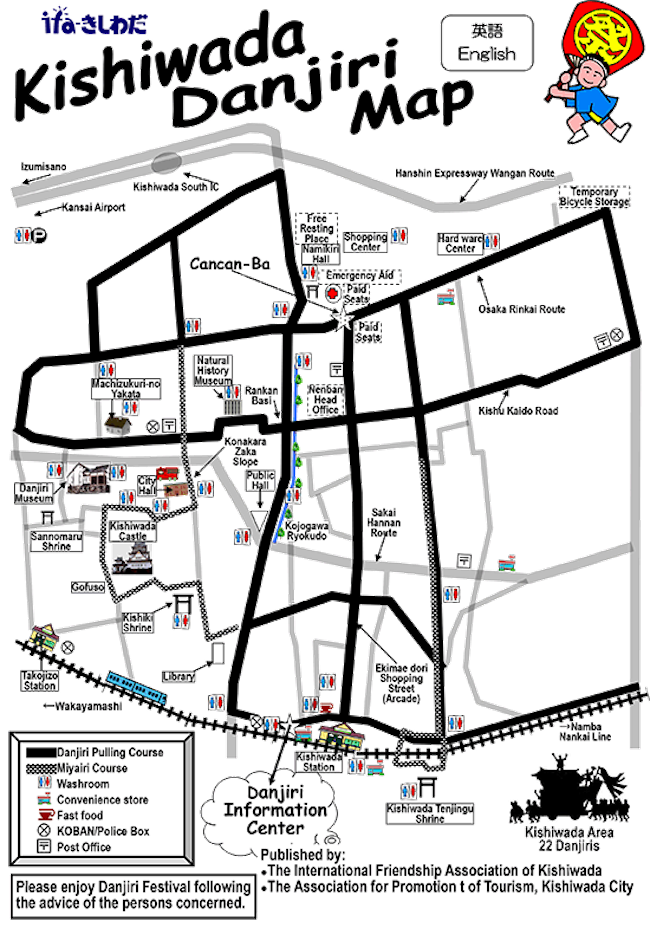