Hiroshima’s Takehara and Tomonoura in a Day 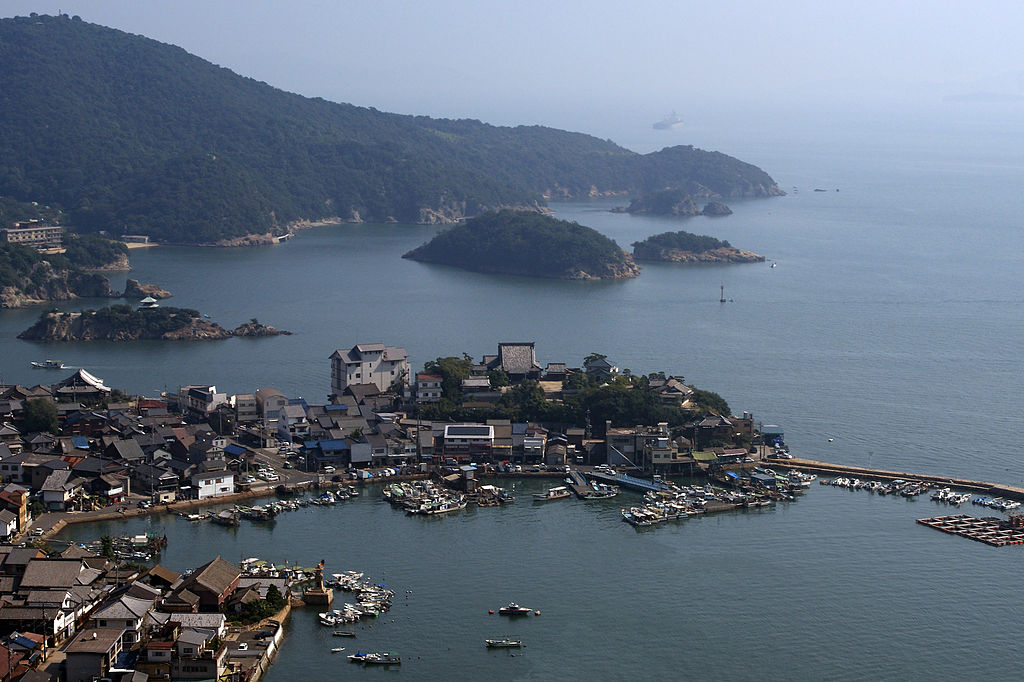 Hiroshima’s Takehara and Tomonoura in a Day

With a nice little string of holidays at the beginning of May, you may be thinking of braving the roads for a day trip. From Hiroshima, there are any number of directions you might set off in, but if you’re fond of historic districts and traditional Japanese scenery, one sure winner is a trip to Takehara and Tomonoura. You can do one or the other or, if you get an early start, take in both in a single long day.

From Hiroshima city, Takehara is the closer of the two. Using mostly the Sanyo Expressway, it’s about a two-hour drive. Many people traveling to Takehara are headed to Okunoshima, the famous “rabbit island.” The ferry to Okunoshima leaves from Tadanoumi port, arriving at the island after about 15 minutes. The island’s rabbity charms are heavily oversold if you ask me. The most interesting thing about the island is the ruined remains of second world war military fortifications and facilities once used for the (top secret) production of poison gas.

You can rent a bicycle and circumnavigate most of the island in an easy hour’s ride. It’s all a bit grim, actually, and the presence of hundreds of semi-feral lagomorphs with patchy fur and eye infections doesn’t do much to improve things. Neither does the collapsing shrine on the shoreline or the single, dingily institutional “hotel.” If you have kids, though, I’m obliged to report that both of my own daughters would gleefully kick me in the shins for dissing the bunnies.

You’re better off sticking to the mainland town of Takehara itself, and especially to its historic district. This consists mainly of a single long street and a few surrounding lanes that preserve the Edo and Meiji-era residences of the town’s former merchants, primarily of salt and sake. Today, many of the buildings are used as shops, restaurants or museums, with one end of the main lane anchored by a shrine. Any of the buildings are worth a visit if only to take a close look at the famous local latticework used on windows and doors, and to poke around the former kitchens and living quarters, getting a feel for the rhythms of a way of life all but vanished.

One must-see is the Taketsuru sake brewery, located in the historic district and still producing sakes using the mostly-abandoned “kimoto-zukuri” process. The brewery is also known for being the birthplace of Masataka Taketsuru, who with his Scottish wife Rita abandoned sake (and Takehara) to launch Nikka Whisky in Hokkaido in 1934. You should also stop by Saihoji Temple, visible on a hillside behind the historic preservation area, for the view of Takehara and the Inland Sea from the platform supported on wooden beams, reminiscent of a smaller version of Kyoto’s Kiyomizudera.

One caveat. Tourism in the area is increasing year by year, but if you arrive on a weekday you may find many of the homes and businesses shuttered. The district comes to life mainly on weekends, so time your visit accordingly.

Tomonoura is farther from Hiroshima City but is in its way even more charming than the “Little Kyoto” streets of Takehara. Since serving as inspiration for Hayao Miyazaki’s movie “Ponyo” and as a filming location for portions of “The Wolverine,” the little port has become a popular inclusion on itineraries for visitors to Hiroshima Prefecture. The town is old; it features in eight poems included in a collection from the middle of the 8th century, and two of the port’s temples (Jyoganji and Ioji) were established in the Heian era. Today the town’s main interest centers on the historic harbor district, once one of the most prosperous on the Seto Inland Sea.

The small but achingly picturesque stone lighthouse often has a nearby line of visitors waiting patiently for their turn at a photograph, and the surrounding streets are easily walkable and visually interesting, with shrines and temples, souvenir shops and small restaurants scattered around with enough regularity to ensure that you’re never far from another interesting doorway to poke your head through. To keep with this month’s sake theme, a popular local souvenir is Homei-shu, an herb-laced liqueur that cures everything from warts to bad marriages, made here since at least the 17th century.

West of the port, a steep walk to the aforementioned Ioji Temple rewards the climb with a wonderful view of town and harbor. If you head around back and through the graveyard, a set of stairs leads up to a wooden platform marked by a red tower that offers an even more sweeping vista. One visitor, though, counted 583 stone steps, while another reports 614. Either way, be sure your knees are in shape before you head up.

Access: The easiest access from Hiroshima is to take a “Kaguyahime-go” highway bus from Hiroshima Station. The trip takes about an hour and a half and costs 1180 JPY. Ask for departure times at the information center on the north (shinkansen-guchi) side of the station. The bus takes you directly to Takehara Station. From there, it’s a 12-minute walk to the historic preservation area or a few minutes by cab. If you’re driving, you’ll spend most of your trip on the Sanyo Expressway. Parking is available around the historic district, but on weekends you may need to check several lots before you find an open space.

Best time to visit: Weekdays are quiet, but many businesses will be closed or on very short hours. Crowds are never oppressive, so a weekend trip is probably best.

Website: Japanese:https://www.takeharakankou.jp/ A google search will also list a number of traveler’s reports, with widely varying levels of enthusiasm.

Access: Same as above, but from Takehara Station, buy a 200 JPY ticket for an 11 minute trip to Tadanoumi Station, on the JR Kure line bound for Mihara. From there, it’s a short walk to Tadanoumi Port and the 15-minute ferry to the island. Adults 310 JPY, children 160 JPY. Be advised that the last ferry back is at about 19:30.

Additional Information: Bicycle rental is available at the Hotel Kyukamura, and it’s a good thing to do. Rabbit food can be purchased at Tadanoumi Port before you board the ferry.

Access: Most convenient access is afforded by shinkansen from Hiroshima to Fukuyama Station, approximately 40 minutes on the Nozomi. Tickets are 5150 JPY. You can also take the Sanyo Line. That trip will take about an hour and 45 minutes, with a ticket price of 1660 JPY. From Fukuyama Station, “Tomotetsu” buses leave for Tomonoura every fifteen minutes. Fare is 550 JPY to the Tomo Port bus stop.

Additional Information: English-language information is sparse, but improving steadily as more overseas tourists arrive. The visitors center near the port (and the last stop for the Tomotetsu bus before arriving at the port to turn around) is a useful source of information in several languages.