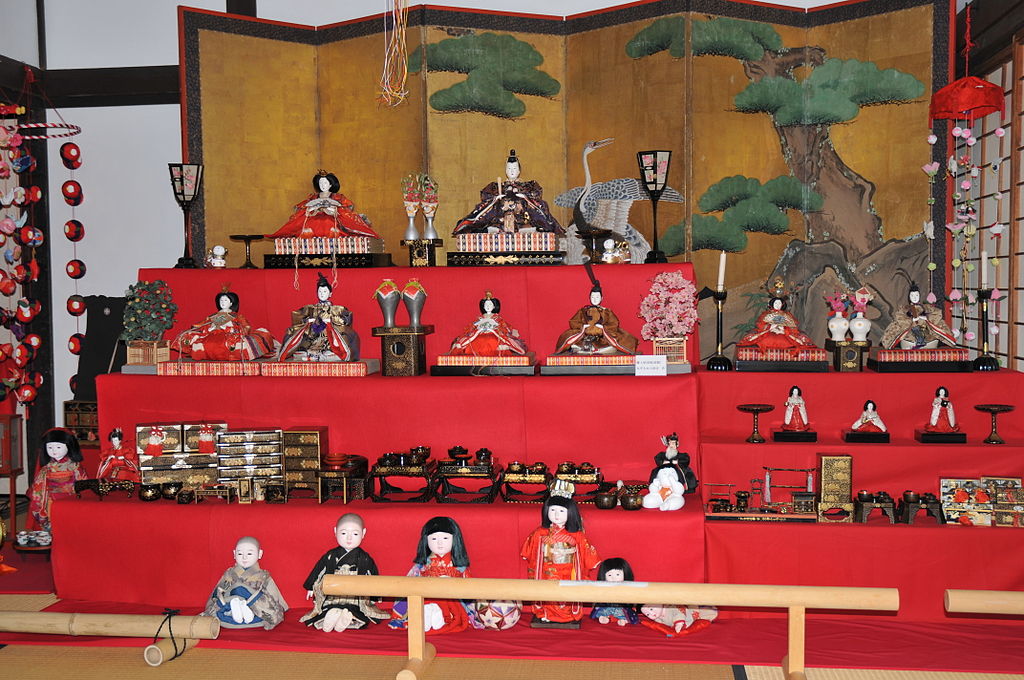 If you’re an expat living in Japan, it’s highly likely that you will experience Hinamatsuri. This special day dedicated to girls and their families takes place every March 3rd across the country when you can expect to see ceramic doll displays, special foods and sometimes even songs.

Hinamatsuri is a festival historically linked to the Kansai region. Known in English as “dolls day” or “girls day”, it’s celebrated among families with daughters who wish for health and prosperity in their offspring. Central to the celebrations are the hina dolls, which are typically made from ceramic, paper or straw and are placed on display in homes from mid-February until March 3rd.

Hinamatsuri is believed to have originated in the Kansai region during the Heian period (8-12th century) and became popular in the early 16th century. It’s linked to an ancient tradition where dolls were used to ward off evil spirits and were believed to bestow health and happiness. Modern-day celebrations typically begin mid to late February when the dolls are displayed and many families commemorate with festivities involving food in the days leading up to March 3rd. Schools often get involved, putting up doll displays and singing songs with children.

In some parts of Japan including areas of Kansai, families partake in the ancient tradition of nagashi-bina (doll floating) where paper or straw dolls are placed in rivers or waterways and left to sail away. The disappearing dolls were believed to take away potential unhappiness and misfortune.

The dolls are usually bought as a present at the birth of a baby girl by either the parents or grandparents. Some families keep the doll collections and hand them down through the generations when new females are born. During Hinamatsuri season, they are placed on a red-carpeted, tiered display. Dolls are dressed in ancient Heian period costumes and are arranged to create a traditional scene.

The exact number of tiers and positions of the dolls varies across the regions. The top-level is always occupied by the emperor (odairisama) and empress (ohinasama). In Kansai, the emperor is always on the right whereas in Kanto he is on the left.

Displays can also be found in public places throughout late February and until March 3rd. However, it is unlikely that they will be seen after this date as keeping them on display past March 4th is considered bad luck.

Hinamatsuri has come to be associated with various different Japanese food and drinks. How these are made varies slightly across regions. The most common types are:

If you want to witness Hinamatsuri publicly, Kyoto is the best place to visit as this is where the festival is said to have originated. The Kyoto National Museum hosts an annual Hinamatsuri exhibition each year in February and March. You can also see celebrations each March 3rd starting at the Shimogamo-Jinja shrine around 10:00 a.m. where you can see people in traditional Japanese dress carrying model ships filled with paper dolls to the river.