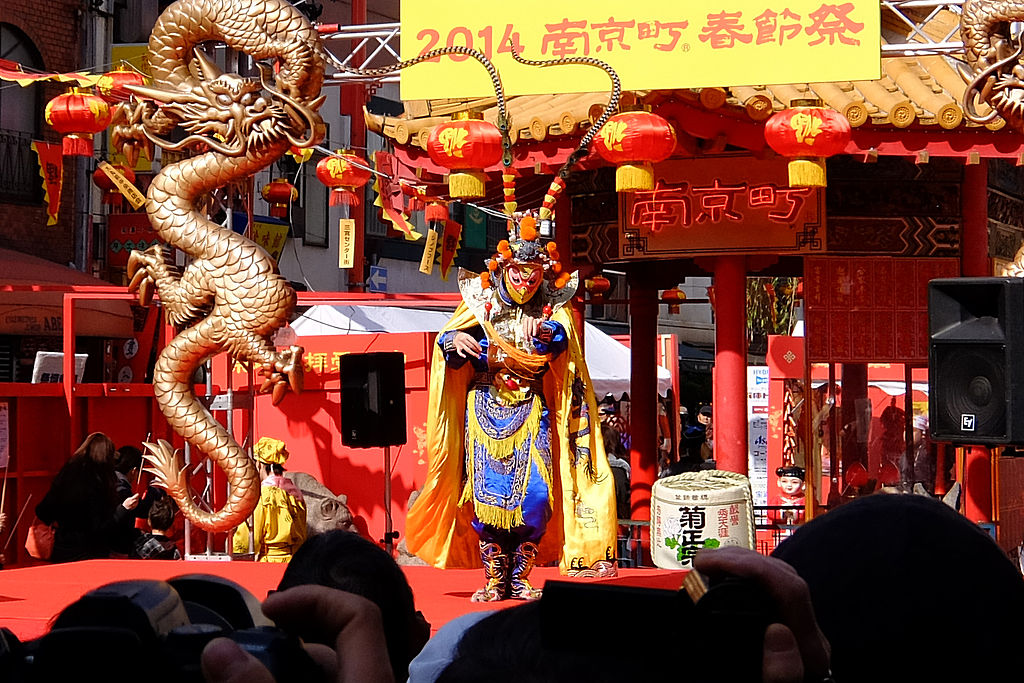 Despite its proximity to China, there are only a few Chinatowns in the whole of Japan. One of the largest and most popular is the one in Kobe, called Nankin-machi. This Chinatown is located between three gates: Chang’an Gate to East, Xi’an Gate to West, and Nanluo Gate to South. As soon as you pass through any one of these gates, you’ll feel transported to another country.

There are always visitors during weekends and on holidays, but the best time of all to visit Nankin-machi is during Chinese New Year.

What Is Chinese New Year?

Chinese New Year celebrates the lunar new year. The date once also marked the new year for Japan, but the country changed to the Gregorian calendar in 1873. However, residents of Nankin-machi have celebrated the festival since 1987. Every year, Chinese New Year falls on a different date, somewhere between the end of January and early to mid February. In 2019, it will be February 5.

Celebrations for New Year in Kobe

The days leading up to New Year create a vibrant atmosphere in Nankin-machi. The pavilion acts as the main stage, where dragon dances, face-changing acrobatics, martial arts, music, and tai chi performances are on display. Acts begin around 11 a.m. and continue until 9 p.m. You can also see many performances on the days after the New Year. On the final day, a lion dance closes the festival.

On the day itself, there is a prayer for safety at 10:30 a.m. The festival then begins with an opening ceremony at 11 a.m. and celebrations continue for the rest of the day. The most important event on the day of New Year is a parade. Participants dress up as historical figures and ride along the streets on elaborate floats. You’ll see famous faces like Yang Guifei (one of the Four Beauties of ancient China) and warlord Liu Bei. The parade takes place twice — once in the morning and once in the late afternoon.

What Else to See in Nankin-machi

While you’re in Nankin-machi, you’ll want at least an hour or two to explore the area.

With more than 100 restaurants, you’ll have the chance to try many different flavors of Chinese cuisine. As residents of Nankin-machi originate from various regions of China, you can try dishes from Shangai, Beijing, Sichuan, and more. However, you may prefer to grab a snack, like dim sum or sweets, as you walk. There are also around the same number of shops as restaurants, where you’ll find Chinese merchandise, accessories, and clothing.

In addition to food and shops, there are some specific places you’ll want to visit. These include:

If you’re seeking the best place to spend Chinese New Year in Japan, Nankin-machi in Kobe should definitely be your top choice. If you’re unable to arrive on the actual date, bear in mind that there’s still plenty to enjoy a few days before and after New Year.