Yokogawa: Where Old and New Meet in Hiroshima 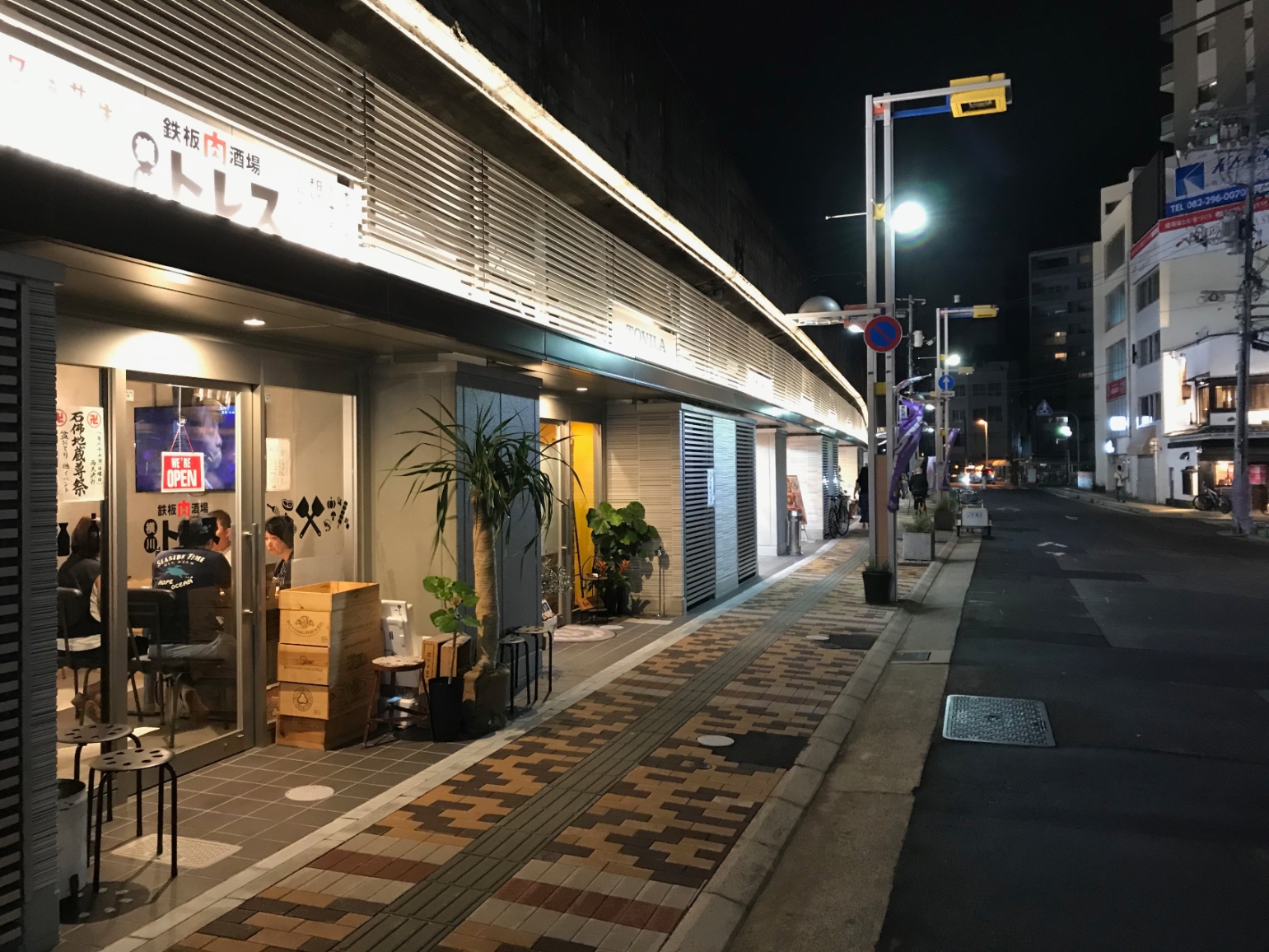 Yokogawa: Where Old and New Meet in Hiroshima

Historically, Yokogawa is the old Shitamachi and before the second world war was Hiroshima’s commercial business district. The post-war reconstruction shifted most commercial and retail activity to Naka -ku (ward) area of central Hiroshima. Today, some of the businesses in Yokogawa remain much as they were after the immediate reconstruction.

Recently the Shōtengai, or shopping district, around Yokogawa has become an intersect of old and new and a wonderful mix of Showa Era shops of all kinds; eateries, bars – and let’s not forget Yokogawa Cinema – along with alternative places that don’t fit the mainstream. The cinema, a bastion of Japanese independent film and often hosts music events,  was itself refurbished a while back. At night the air is replete with the delicious smells of food cooking and laughter floating from the eateries.

The “new” are the many refurbished spaces in the area immediately around the station, the old stores and eateries and bars below the rail line that have all had a complete facelift. The first phase of stores on the north side of the station immediately below the station platform area is renewed, reoccupied, and open for business: Amongst that Bakudanya Hiroshima Tsukemen (spicy hot or cold noodles), Ostoiria, for people with a yearning for Italian, an Izakaya, that, to be honest, wasn’t much chop. A takeout sushi place. 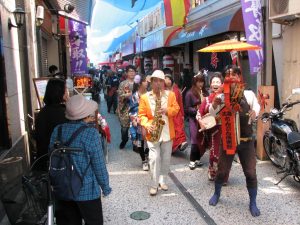 Out in the broader district surrounding the station, aside from second-hand booksellers and bric-a-brac shops, a few practical suggestions: In the main hub of the area, you can find Fresta, the local supermarket, a few bakeries, Wants, Futaba Bookstore, a newly-opened Tully’s, and a Daiso to cover those bits and pieces of your immediate needs. If you turn down the alleyway to the left of the train station and you will find yourself in a long-lost microcosm. I often take guests there looking for second-hand kimono and fabrics. If there is time, I take them to Yumeya, 夢屋, a high-quality secondhand kimono, and fabric vendor. It is a hole-in-the-wall located next to a barbershop on the north side of the station near the viaduct. You can find an old cobbler on the corner of Route 54 opposite Fuji supermarket. He’s a real craftsman, and cheap!

On the other side of the road, across from the Station is Yokogawa Hondori. There are lots of local shops as well as a few new izakaya, cafes and galleries and an Italian wine bar and deli. Don’t forget Yokogawa is home to Lopez Okonomiyaki. Further afield, near the riverside, there is a newly erected Every Supermarket that is giving Fuji supermarket and Fresta a very competitive grocery shopping pricing war. 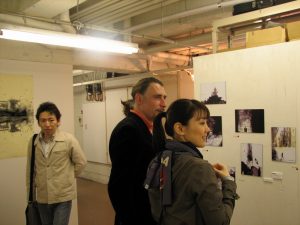 Yokogawa hosts several festivals throughout the year including the Fushigiichi Festival and the annual Yokogawa Zombie night around Halloween, which has become quite an attraction for both locals and tourists. The Yokogawa Charity Auction organized by Stephan Ballin one of Hiroshima’s resident Germans, which was started as a way of raising funds for the people of the Tohoku

Earthquake. Stephan is also the bloke who brings us the German Christmas festival downtown that has now become an annual fixture. The Art Auction yearly event has always been in late April but this year (2019) it will join forces with the Yokogawa Merchants Arts Theatre Festival to be held on Sept 21. The charity auction boasts a concert and opening party as well as the auction itself and runs an extra day (Sept 21,22).