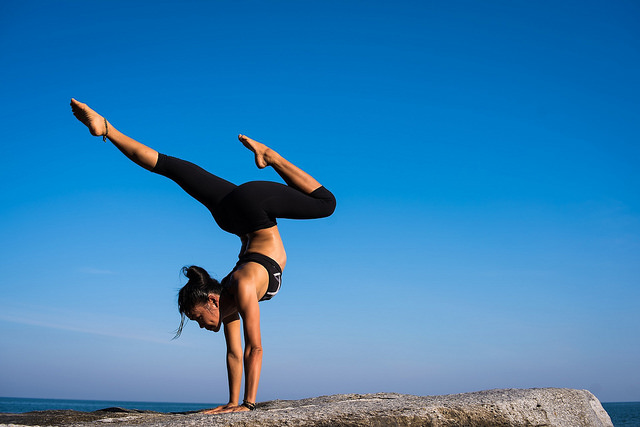 With its combination of strength, stamina and flexibility, there are very few forms of exercise that gets your body into peak physical fitness like yoga. Having originated in India, the discipline has spread throughout the world and it continues to grow in popularity, with one 2016 study showing that 20.4 million Americans practice it, up almost 20% from 2004.

If you are one of the many millions who prefer posing as a mountain to climbing one, or for whom their favorite type of dog is the downward variety, living in Tokyo should not preclude you from continuing the pastime. There are many yoga schools in the city, a few of which hold classes in English. So, whether you are just a fresh faced new ‘warrior’ or someone for whom the ‘wounded peacock’ holds no fear, you are likely to find a studio that caters for you.

Yoga Jaya is one of the most popular yoga studios in Tokyo. Classes for all skill levels are held throughout the day and many of these are taught in both English and Japanese simultaneously depending on the instructor, with drop-ins welcome (though booking in advance is advised). They regularly host yoga workshops with local and international yoga teachers of different styles and backgrounds, and they even run teacher training courses for serious yogi.

There are just three class levels to choose from at Be Yoga, Japan’s first ISHTA yoga school, which means it may not be a place for beginners to start out, but if you know your Ashtanga from your elbow, it’s well worth checking out. With its opening hours being during regular working hours, its main clientele tend to be housewives with an average age of 40-ish, but these women (and a few men) know what they are doing. Don’t expect to spend your time gazing out of their floor to ceiling windows, be prepared to work!

For those of you who like it hot, the Aoyama branch (or one of the six other locations in the city) of the Bikram Yoga school should be right up your alley. While the originator of this studio, California based Bikram Choudhury, is considered somewhat controversial, his style of yoga continues to be extremely popular. Though practicing yoga in a 40 degree Celsius (104F) room may sound like torture to some, many devotees of the style swear by its ability to aid in flexibility and improve postures with no warm-up needed. What is needed during their twice weekly English language courses, however, is drinking water, and plenty of it. Not to mention a good shower afterwards. Pre and post-natal yoga is available at Shizen Yoga

If the heat of Bikram or the advanced level of Be Yoga concerns you, then perhaps you should try out Shizen Yoga. Ideal for beginners, they offer gentle, relaxed classes focusing on meditation and recovery, making it perfect for those easing their way into yoga or using the discipline as a form of rehabilitation. They also offer classes for post and pre-natal care and as they have family passes, they are one of the few studios that actively encourages you to take your children along.

Yoga Tree prides itself on being accessible for all levels of yogi, which is reflected in the fact that there are no initial membership fees and drop ins are welcome. Being in Hiroo, amongst the embassies, there is a distinct international vibe, and they offer classes in English, Japanese and a combination of the two. They don’t adhere to a single style of yoga, however they are strong believers in the value of practicing with attention to alignment, employing a method called Blueprint Alignment that helps them place you in a class that is befitting of your needs.