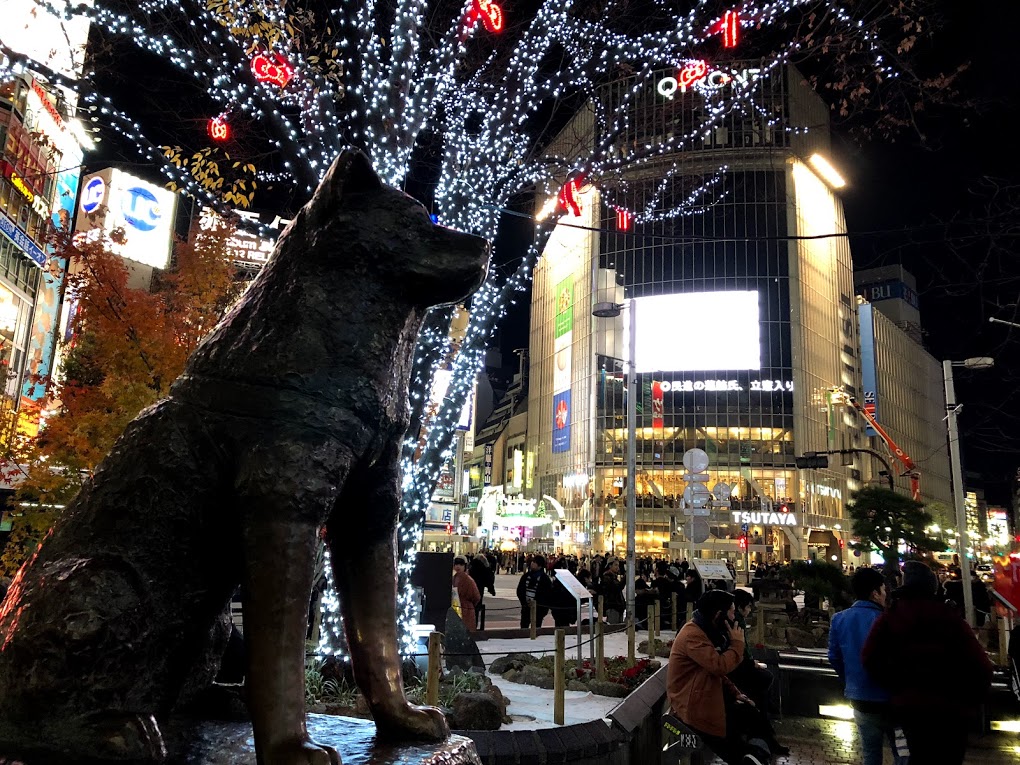 Christmas Day in Japan is just another working day for the most part.  The most interesting facet of the Christmas and holiday season in Japan is that all traces of it will be gone by morning on December 26th.  Without fail, every bell, light, and garlands; every decoration will come down and the music stops.  This disappearing act does not, however,  hold true for one of Japan’s most interesting holiday traditions; the “illumination.”

Illuminations are roughly equivalent to the western tradition of putting up Christmas lights.  Rather than putting lights up on their own houses, cities or businesses will set them up and the people come to them.  This is a very popular event for couples, and many illumination displays are set up and run from November straight until Valentine’s Day.

NOTE: With 2020 being called “The Year of Cancellations” thanks to the COVID-19 situation, the annual winter light-ups are one of the only events that are more “cancel-proof” since they take place outside and in a lot of open spaces. Of course there will be stricter than usual crowd control measures, and you’d be well advised to make sure to check the websites of the events before heading out in case stricter controls are called for in the Metropolis.

Here are some of Tokyo’s most popular places to see illumination!

The shopping center known for its high-end stores and stunning architecture will be limiting their illumination to the installation of a 4 meter tall Christmas tree and the surrounding plaza.

Omotesando-dori itself usually gets lit up between Omotesando and Harajuku/Meiji Jingu Mae stations, but this year the lighting will be more subdued with just the planter boxes along the boulevard and near the Jingumae Police Box. The southern half of Shinjuku Station including the Bus Terminal, NewWoMan, Takashimaya Times Square, East Deck and Southern Terrace, you will find a variety of different illumination displays to get you into the holiday spirit with trees and surroundings festively decorated with lights.  At some points, you will even find modern art-like objects with touch sensors that activate special audio/video shows.

The Ginza likes Christmas; no doubt about it.  A stroll down Chuo Street will reward the walker with dozens of illumination displays of various sizes which turn this already colorful section of Ginza into a festive and dazzling corner of the world.  With the return of the Mikimoto Christmas Tree you can now see 2 impressively-decorated traditional Christmas Trees by visiting the Maronnier Gate shopping center.  Christmas Illumination in the area runs from November 8 to December 25, Winter Illumination runs from December 26 to February 18.

The Yurakucho Center Building plays host to a spectacular light display every year, and being just a stone’s throw south of Yurakucho station, makes for an easy stroll with a hot beverage to enjoy a bit of quiet before or after walking about the Ginza during the winter. The Winter Illumination runs from November 8 until Valentine’s day, February 14, 2018.

This event is one of the most highly recommended of the holiday season! Running from November 15 to February 14, the Carretta Shiodome shopping center is once again hosting its annual Caretta Illumination.   This year they are offering a “Disney MovieNEX Princess Illumination “. There is also a ‘romantic’ light show every 15 minutes. You should also plan to visit the illuminations at nearby Shiodome City Center and Nihon TV, which are not as big, but are very close! 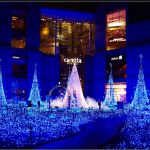 Roppongi Hills’ Christmas illuminations are always impressive. This year the centerpiece Keyakizaka “LIVE veil” Illumination, which consists of around 700,000 LEDs, instagram with Tokyo Tower in the stylish “snow and blue” lights. Other highlights will be the Christmas Tree on 66 Plaza, and the illuminations in the Mori Garden. The Roppongi Hills Christmas Market, a German Style Christmas celebration, will also be worth a look.

Tokyo Midtown’s ‘Starlight Garden’ is among the most impressive illuminations on display in Tokyo, lighting up the spacious Midtown Garden area with 500,000 golden LEDs from November 14 until December 25. This year’s feature attraction will be a three-meter tall snow globe in the Garden area. Inside the snow globe will be projections of magical winter scenes. Around the snow globe, you will be shrouded in snow-like light. Revel in winter delights that show different facets of the season.

Not to be outdone, Tokyo Dome City will illuminate us on the subject of winter from November 13 until February 26, for the 16th time with the them being “Smile”.  The area surrounding Tokyo Dome, including the amusement park, is festively and brightly lit in a cheerful golden light with a 15-meter tall tree decorated with 5,000 glittering smiley face ornaments being the centerpiece.

From November 14 until January 11 the Yebisu Garden Place will again be emblazoned with thousands of lights and fixtures in an illumination display titled “Baccarat Eternal Light” that features a massive crystal chandelier 5 meters tall  and 3 meters wide, adorned with a total of 250 lights (that is more than it sounds like!). It’s the largest chandelier in the crystal maker’s history. In addition to this, there are many Christmas trees, snowmen, and usual items so commonly seen in a holiday theme.

White winter wonderland? Check. Immense tree? Check. Carolers ‘fa-la-la-la-la-ing’? Check. From November 20 until December 25 you can find a glittering 14.5m white tree in Marunouchi’s Kitte Building (It is the biggest indoor Christmas tree in Japan). Every thirty minutes it lights up, plays music and is serenaded by carol singers and other musical events. 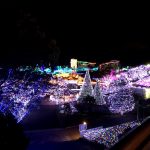 Where do you go when you want to see the entire landscape bathed in lights as far as you can squint? Quick, to the suburbs! Located about 30 minutes by express train from Shinjuku station is Yomiuri-Land, Metro Tokyo’s largest theme park spread across the rolling Tama Hills just south of the Tama River. This year from October 11 until May 6 (!)  the park will be lit up with over 5.5 million lights for “Jewellumination”. This attraction is celebrating its 11th year and they are trying their best to coat every square centimeter of the park in lights! Every attraction, building, and ride will have some form of LED array glistening in holiday splendor as you stroll through the park. Fees start at ¥2500 at the door/ ¥1500 online for an adult Night pass; lower for children based on age. Combination entrance and free-to-ride attraction tickets can be found at 7-11 stores. 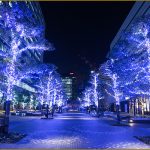 From November 12 until February 14, a lot of downtown Yokohama will be bathed in iridescence.  The area between Yokohama Station East Gate, over towards Landmark Square and Queen’s Quarter, the Cosmoworld Ferris Wheel, on down through the Akarenga Warehouse is awash in colorful lights; about 3 kilometers and several square blocks.

Around an hour outside of Tokyo and claiming to have the biggest collection of Christmas lights in the Kanto region – over 6 million LED lights – the illuminations at the Sagamiko Pleasure Forest is well worth checking out, and runs until April 4. Entrance fees are ¥1800  for adults and ¥1700 for children, Night pass(Entrance and Attraction free to ride ) is 2500 JPY and 2000 JPY for children. There are various train/bus/park pass combos that combine the entrance pass and transport fees into one price; please be sure to check the website for details.