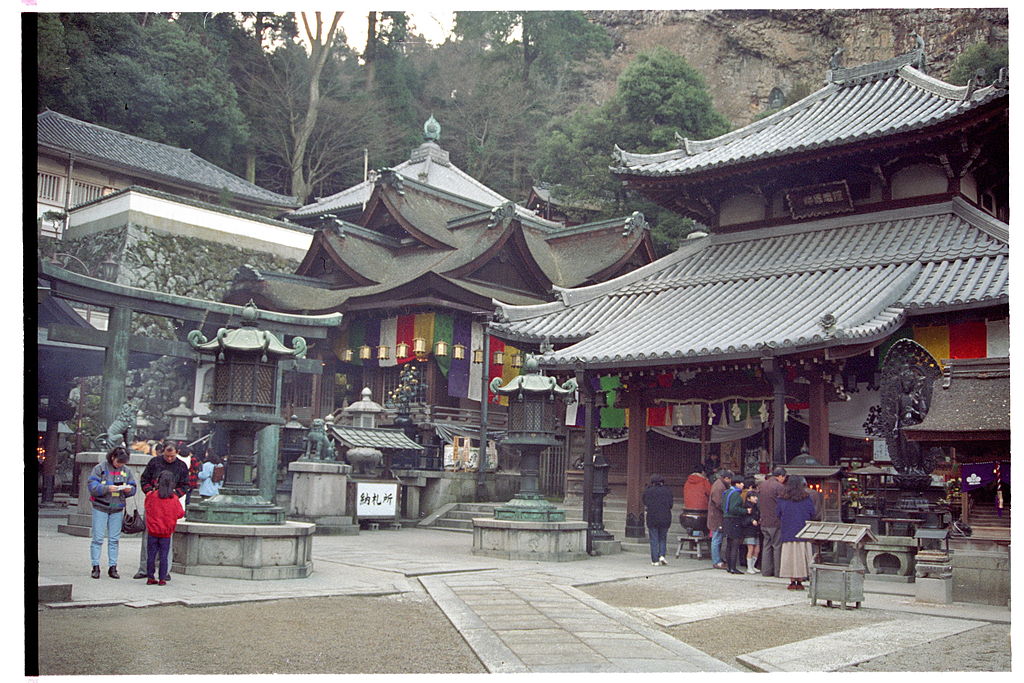 The city of Osaka is sheltered on the shores of Osaka Bay to the south and east by the Ikoma Mountains. This is great for defense, especially in olden days but in modern times the natural barrier caused more isolation than was desirable for the growing seaside population.

Enter the Osaka Electric Railway Company in 1910. The company was formed with the express intent to link Osaka to the Japanese inland city of Nara and markets beyond. The plan called for constructing a railway tunnel through Mount Ikoma, the highest of the Ikoma Mountain peaks at 642 meters.

Looming over the city, Mount Ikoma was a place of worship for the people of Osaka as far back as the 5th century when a shrine was built at the foot of the mountain. Buddhist monks lived and trained on its slopes a millennium ago and the popular Hozan-ji temple was erected in the 17th century.

The sacred mountain did not take kindly to having its innards clawed out by the hordes of workers required to dig a tunnel over 3,000 meters long. On January 26, 1913 the tunnel collapsed, burying 152 workers in the rubble. Nonetheless the tunnel, one of the longest in the world, was completed in 1914.

With the opening of the passageway through the Ikoma Mountains, Osaka and Mount Ikoma entered a new era. With the ease of public transportation, religious pilgrims flocked to the mountainside – there are now said to be over 300 religious institutions practicing on Mount Ikoma.

For others, Mount Ikoma became a recreation destination, a favorite for picnickers and sightseers. Inns sprouted below the ridgeline to accommodate the pleasure seekers and in 1918 cable cars began running to the summit. The Ikoma Cable Railway is the oldest in Japan. The Ikoma Sanjo Amusement Park opened to cater to the many families who came to Mount Ikoma. Most dramatically, Nara developed into a bedroom community for downtown Osaka workers.

All was not fun and games on Mount Ikoma, however. As the Osaka Electric Railway Company bought up other lines to evolve into the Kinetsu Corporation and become the largest Japanese rail concern outside of Japan Railways, there were still incidents with its tunnel. One train fire deep under Mount Ikoma claimed 98 casualties, including the loss of 23 passengers. Another fire injured 40 people.

The worst disaster occurred on March 31, 1948 when a brake failure sent one train barreling into the rear of another. Forty-nine people were killed and another 282 injured. The original tunnel was closed in 1964 when a new Nara Line was built out of Osaka. The new tunnel sports dual lines to better avoid those early disasters.

Even newer tunnels and lines have been constructed through the Ikoma Mountains in the past half-century but one fact cannot be altered even by the increased connectivity – the mountains still serve as a cultural wall between the traditions of the Nara Prefecture and the Osaka Prefecture.