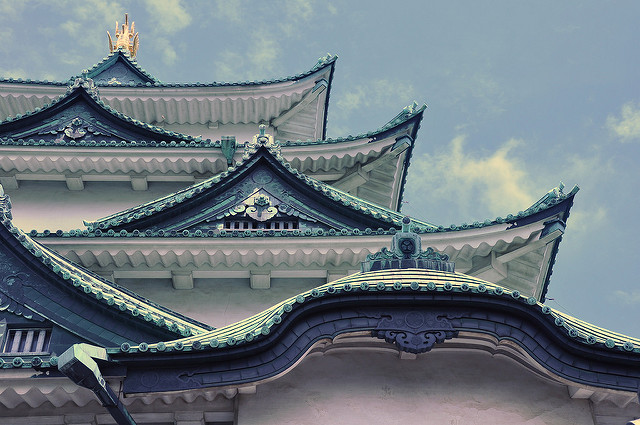 You may have noticed, that people are starting to get excited about Golden Week. Of course, people always get excited around Golden Week, when public holidays combine to make an extended block of time off, but this year it’s even better! With Emperor Akihito abdicating this year, another holiday has been added, meaning that 2019’s Golden Week is a whopping ten days, and in a country where taking more than three consecutive days off work is generally frowned upon, that’s a pretty big deal. So, with all this free time on your hands, the only question is what to do with yourself! Here are a few of our suggestions, just to get you going.

[This is Part Two of our recommendations. For Part One, click here]

Weather permitting, and if you are up for another day trip, why not check out Mikawa Bay? Sakushima is a delightful little island, and when we say little – with just an area of 173 hectares (around three times the size of Tokyo Disneyland), and a total coastline of approximately 11 km – we mean little. But it packs quite a lot of beauty in that small and compact area. This old fishing island features quaint little temples and shrines, and the remains of ancient villages with traditional houses;  some refurbished into restaurants where you can enjoy the local delicacy of ‘fugu’, or blowfish (in season). While the island itself is beautiful enough, perhaps the biggest draw to Sakushima is its artwork. All around the island is a series of modern art installations and sculptures that were commissioned t as part of the ArtPlan21project in 2001, bringing to mind the island of Naoshima in the Inland Sea. While the art on Sakushima is by lesser-known artists, they are still thought-provoking, charming and, thanks to their interactivity, quite a lot of fun. It’s recommended to rent bicycles for getting around them all.

If there is a downside to Sakushima, it is the limited access. It is advised to go by car (you can park at the Isshiki Port), as bus times from Nishio station to the ferry port at Isshiki are infrequent at best.

On this day in 1947, the new postwar constitution was put into effect. But did you know that Aichi was once the home to one of the greatest power holders in Japan’s history? If you want to see where real power came from, hop on a Meitetsu train and head for Okazaki Castle. Okazaki-jo is the birthplace of the aforementioned Tokugawa Ieyasu, who united the country, and for 250 years his family shaped Japan into what it was to become. Though the castle on the Oto River is a 20th-century recreation, it is still picturesque. Inside is an interesting museum, and from the top, you can see a great view of the surrounding area.

Greenery Day is dedicated to the environment and nature of Japan. In the city, you can visit one of Nagoya’s many great parks. But if you want to do something a little different, head to Togokusan Fruit Park.

Fruit picking is a popular family activity in Japan, and Togokusan Fruit Park is a very convenient place to try this great outdoor, family-friendly activity.  Located about an hour from Nagoya Station in Moriyama Ku, the park features 15 orchards of various local fruits, a “World Orchard” of tropical fruits, and a fruit house for educational activities. In addition to the straight-fruit related, you can find a lovely Japanese garden, massive fields of full of seasonal flowers of the season, and of course the standard assortment of restaurants and gift shops.

As is quite apparent, Children’s day is one for the kids, making it a perfect time to go to LEGOLAND. Legoland is a theme park tailored to families with young children (aged 2 through 12), and this Golden Week they are celebrating their second anniversary. Attractions include rides and roller coasters, but considerable emphasis is placed on suitability for younger children; meaning they tend towards tepid rather than towards the extremes sought by other parks. Legoland is fun for the whole family with rides, Lego® models to play and build, and interactive, adventurous attractions themed on the Lego block world. 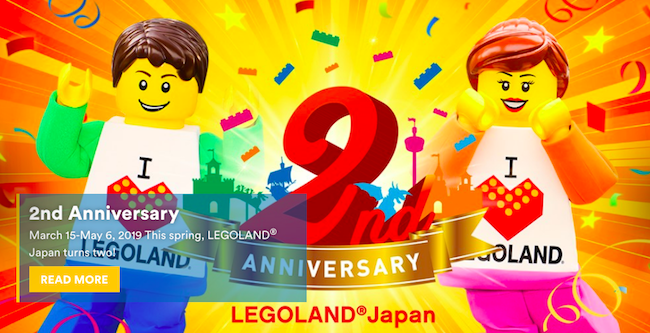 Legoland’s various areas and favorite rides are based on Lego lines one such example is the Dragon Coaster, which is loosely based on the Knights’ Kingdom Lego set. Another popular ride is the driving school, where after watching a road safety video, children drive electric cars around a realistic course encountering traffic lights, roundabouts, and other drivers. In the end, they all earn their very own LEGOLAND® Driving License. In Miniland you can see famous points from 10 locations, including amazing scenery and city skylines from coast to coast across Japan. All built out of LEGO® bricks!

It may come as something of a surprise, but there is nothing more traditional to do during Golden Week than to visit the cinema. In fact, the holiday’s nomenclature is directly linked to the silver screen, having been coined in 1951 by the managing director of Daiei Film Co ltd to reflect the ticket sales boom during this period following the holiday’s introduction in 1948. Most theaters are open for business so pick something, find a cinema and go!

[This is Part Two of our recommendations. For Part One, click here]