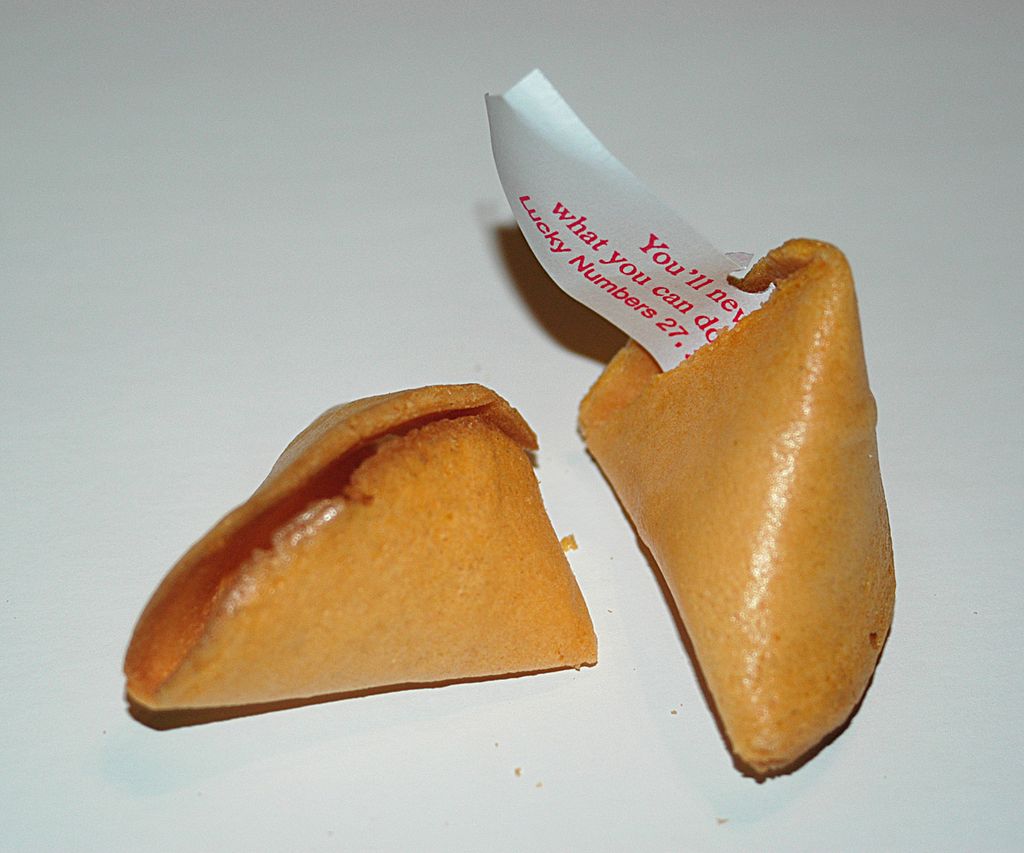 The Chinese fortune cookie is one odd little pastry. Start with the fact that it is not a thing in China; that the Chinese do not serve fortune cookies after meals. Most of the three billion fortune cookies broken up each year are consumed in Chinese restaurants in the United States. Then throw into the fortune cookie’s convoluted existence that it was invented not in China or America but in Japan.

Like many traditions, the origin of the fortune cookie is a shade murky. The Chinese have celebrated special occasions for many hundreds of years by passing around Moon Cakes crafted from Lotus Nut Paste and when the country was occupied by Mongols in the 13th century these cakes would often contain subversive messages. That seems like quite a leap to the practice of delivering small wafer-like deserts with happy prophecies inside them to diners in the West but that is the Chinese claim to invention.

A more tangible claim to Japanese creation comes from a discovery made in a family bakery near a Kyoto shrine in the 1990s. It was an old hand-made cracker shaped much like a modern fortune cookie and inside was an actual “omikuji,” or fortune slip. Further research by Yasuko Nakamachi, who spent six years digging into the Japanese roots of the fortune cookie while at Kanagawa University in Tokyo, uncovered an image of a man crafting fortune cookies in the Kyoto bakery in 1878. The batter is poured into molds and paper is folded into the confection while the emerging cracker is still toasty warm.

The family used 23 fortunes in its cookies and baked the treats for three generations before abandoning the practice when too many people were found to be devouring the goodies without knowing there was paper inside. How the fortune cookie then appeared in Chinese restaurants in America in less clear. It was always assumed, naturally, that the first wave of Chinese immigration to the United States in the 1860s to work on West Coast railroads brought the cookies from home. That not being the case, the real truth is buried under layers of stories passed down through families.

It appears that a few Japanese bakeries churned out fortune cookies in Los Angeles in the early 1900s. Going back even further, to the 1890s, there is evidence that visitors to the Japanese Tea Garden in San Francisco enjoyed fortune cookies from a local bakery called Benkyodo. Whatever the real story, Chinese restauranteurs, well aware of the American love of desserts and seeking a simple capper to their own menus, usurped the fortune cookie and made it their own by the 1930s.

The Japanese role in the fortune cookie has receded from view. So too has China’s role. Most of the fortune cookies today, about four million every day, roll off the assembly line at Wonton Food’s Fortune Cookie Factory – in Queens, New York City. And they are no longer rolled by hand in the style of their Japanese forebearers. The fortune cookie baking process has been fully automated since the 1980s.

Photo by User Lorax on en.wikipedia [GFDL or CC-BY-SA-3.0], via Wikimedia Commons