Getting To Know You – Nagoya Station Area of Meieki 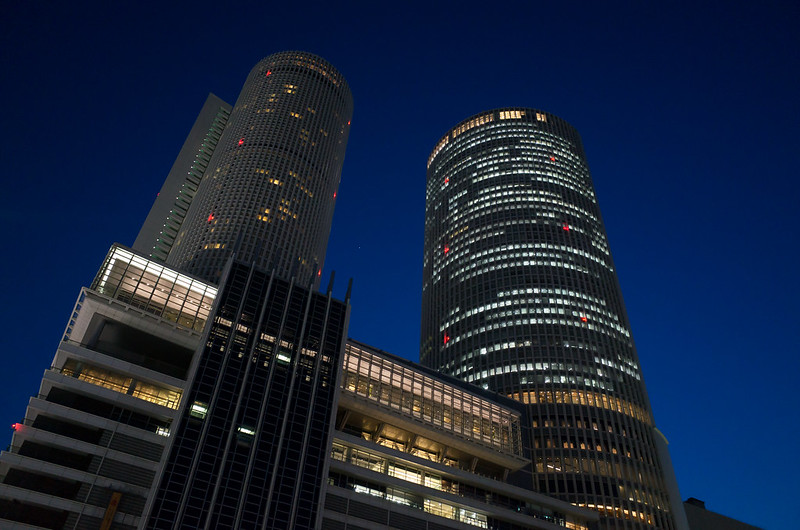 Getting To Know You – Nagoya Station Area of Meieki

For years, though the city center in name, the area around Nagoya Station was considered to a poor relation to the shopping district of Sakae. However, over the past decade there has been dramatic investment in the Meieki (a Japanese abbreviation of ‘Nagoya Station’) area, and today it is an area of dramatic high-rise glamour, with a little touch of seediness (especially around the station’s south exit) thrown in for good measure. There are plenty of things to see and do in Meieki, particularly when it comes to eating, drinking and being merry. Below are some of our favorites and recommendations.

Just five minutes’ walk from Meieki, Yanagibashi Chuo Ichiba fish market has been peddling its wares to businesses of all sorts around the Tokai region since 1910, though it has been claimed that some stalls date further back into the Edo era. It is an entertaining place to wander on any morning, and each Friday and Saturday there is a tour that you can take around the market that will show you exactly what’s what. The guide of the tour is Mr Ando, the president of the market’s Marunaka Shokuhin Center and local celebrity, and lasts for two hours. On the tour, you will see the ins and outs of the market, how the fish is prepared, displayed and sold, receive advice on how to keep foods in good condition and see the professional ways of cooking. The tour, however, is in Japanese only.

All around Nagoya, perhaps related to the city’s military history, you can find izakaya called ‘Kabuto’ (helmet). Some are connected, some aren’t, but this is the best one. The food is a mix up of standard izakaya fare, with yakitori, sashimi, and nabe hot pots. But they also have some quite interesting stuff such as horse meat and ‘raw’ chicken. 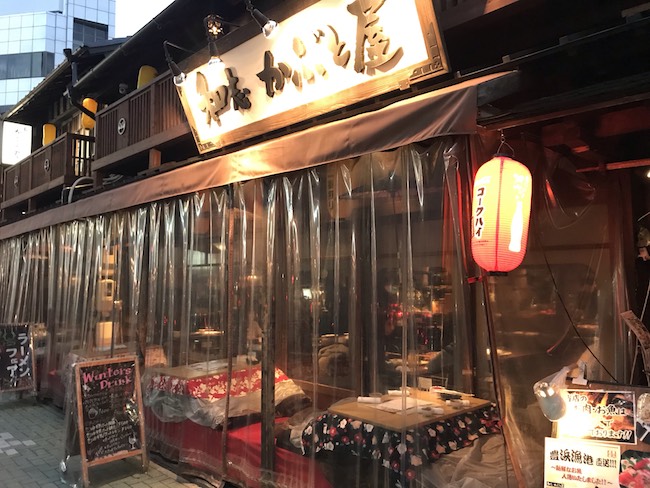 The best thing about Kabuto is that some tables hang out into the street, which is excellent for people watching, especially in winter as the tables double up as a kotatsu. They also have English language menus, which makes things a little easier.

There are a fair number of Expat Bars in the Meieki area, and if you’re looking for lively and bustling, you are perhaps best served by The Hub Pub, the chain of British pubs that can be found all over Japan including two branches in Meieki. However, if you want to get away from the ‘nampa’ (pick-up) scene and into a proper boozer, then you should definitely head to Pub Arco near Noritake Garden. 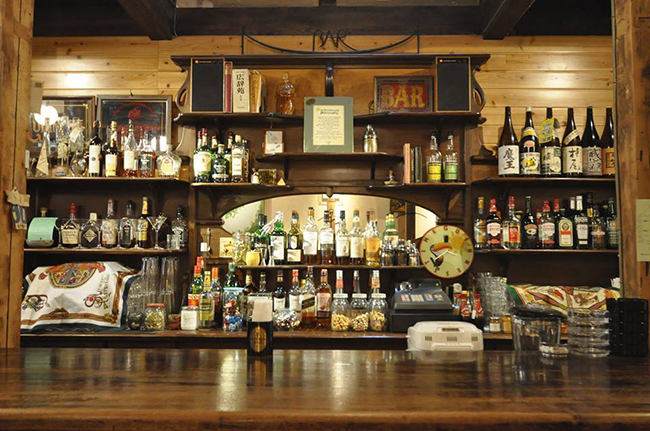 Owner Yoshi-san spent quite a bit of time in the Emerald Isle and the dark wood decor, his excellent English ability and the emphasis placed on sitting at the bar to chat with other locals reflect this. Arco isn’t the most raucous of pubs in town, but it is the best place to enjoy a beer or one of his many, many different whiskeys. Yoshi-san also knocks up some fantastic classic cocktails as well as serving some of the best fish and chips in the city.

From the more established Meitetsu and Passe stores to the luxury brands of Midland Square to the brand new Gate Tower and Kitte buildings, Meieki is absolutely spoilt for department stores. However, Takashiyama within the JR Central Towers continues to be the one that most Nagoyans return to.

The immense 68,000-square-meter store provides an extensive range of goods including luxury brands, cosmetics, jewelry, and high-quality foods. It also connects to the Gate Tower Mall as well as the “Panorama Salon”, which offers a jaw-dropping view of the station area from the 51st floor.

While there is a fair bit of competition in this area, many foreigners who have spent a good amount of time in Nagoya will tell you The Corner does the best burgers in the city. Styling itself as a New York-style Saloon, The Corner is a small, cozy and perennially-popular spot. Their 100 percent beef burgers are homemade, as is the smoked cheese that tops their famous The Corner Burger. There is a wide selection to choose from, some of which – like the blue cheese and maple syrup Black and Blue Burger – you are unlikely to find elsewhere in the city. They also have a decent craft beer range and an English menu.

Nana-chan is a fashion icon of somewhat creepy proportions. Standing at 610 cm tall, the mannequin has been a fixture of the Meitetsu shopping parade since she arrived in 1973 and is regularly dressed up in different costumes to celebrate the changing seasons, a new fashion style or upcoming events. Nana-chan is a much-beloved member of the Meieki community, as well as being a regular meeting point for locals.

Just across the street from Nana-Chan is the Mode Gakuen Spiral Towers. Home to three vocational colleges (one of which focuses on fashion, hence the name), the Spiral Towers was built in 2008 and stands at 170 m, making it Nagoya’s ninth-tallest building. The spiral design was created in the hope that it would promote an environment for fostering creativity within the schools, reflecting the enthusiasm of the students, twisting and rising up into the sky, then soaring into the real world.