Educational Museums in Tokyo That Your Kids (and You) Will Love 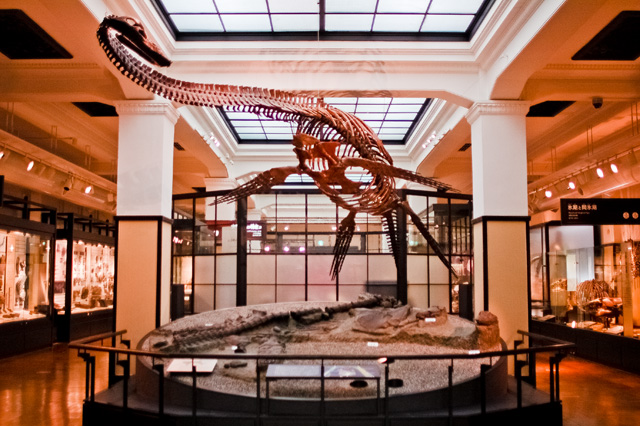 Educational Museums in Tokyo That Your Kids (and You) Will Love

There is something about science that can really capture a child’s imagination. Whether it is the natural world, robotics or outer space, getting to grips with our surroundings can be spellbinding for young fertile minds.

However, in an age of iPads, YouTube and easily accessible cartoons, it can be difficult to turn little ones on to these fascinating subjects. This is why the various museums around the city are such godsends for parents wanting to find something educational for their children to enjoy, particularly during the upcoming summer holidays.

National Museum for Nature and Science

Celebrating its 140 year anniversary this year, the recently refurbished National Museum for Nature and Science, or Kahaku as it is also known, is a great way for visitors to get to grips with the nature and science (obviously) of Japan. Permanent exhibitions include an exploration of Japan’s prehistoric flora and fauna with a fully recreated plesiosaur skeleton and Japans oldest fossil; the development of animal and plant life throughout the ages; the historical voyage of the Japanese people; and the Theater 360, a movie theater in spherical 3D, in which the viewer is surrounded on all sides by a seamless sphere of video and sound.

It’s a large museum that takes two to three hours to get around, so you may want to take advantage of the restaurants and coffee shops if you start flagging. Due to fires, floods, earthquakes, and warfare, much of Tokyo’s historic architecture has been wiped out, but at the Edo-Tokyo Open-air Architectural Museum (also called Tatemonoen) you can tour over 30 historical homes and businesses in their original condition. More like a village than a museum, it enables visitors to enter and explore a wide variety of buildings of different styles, periods, and purposes, from upper-class homes to pre-war shops, public baths, and Western-style buildings of the Meiji period.

It is an excellent, hands-on experience for the whole family. Bear in mind that, as the museum spans seven hectares, there is quite a lot of walking involved. A museum set up by Tokyo’s gas company doesn’t sound too enthralling on the face of it, but this is a great interactive experience for children to enjoy.  There are plenty of physical activities at the Gas Science Museum, with various pumps and tunnels making sure that kids are always running, crawling and pumping their way around the facility.

It’s a wonderful venue for both educational activities and physical play, and there are very few other places at which your children will raise a hot air balloon, operate a massive gas-powered toy wok, or get their hands on a flame thrower (though it’s much safer than that sounds). Dealing with various topics from mechanics, CO2 and global warming to robotics, the Science Museum Tokyo is more fitting for older kids (teens and tweens) as, while they still may enjoy the activities, younger children may find it tough to grasp the concepts involved. The exhibits begin with a look at the technology of bicycles followed by electricity, motors, and motor vehicles where children can use a car, motorcycle, or truck simulator.

As you move up the levels of the five-story museum you continue into galleries on space, the universe, and the future before finishing on life sciences, the body, optics, computers and DNA and the human genome. All in all, it really packs things in, and the easily-approachable museum staff will try to help explain the exhibits in English if required. Like the Gas Science Museum, the idea of a museum created by the Tokyo Metropolitan waterworks doesn’t exactly leap out and grab you, but the Tokyo Water Science Museum is another great interactive museum that children love. There is water play, interactive digital games that teach kids how water enters and leaves our bodies as well as an Aqua laboratory. There is also a water theater and forest space to help children learn about forest conservation and the journey of water and how it gets from the forest to your tap.

On top of all of that, there is also a tour of the Ariake water facility, though this may be of less interest to younger children.