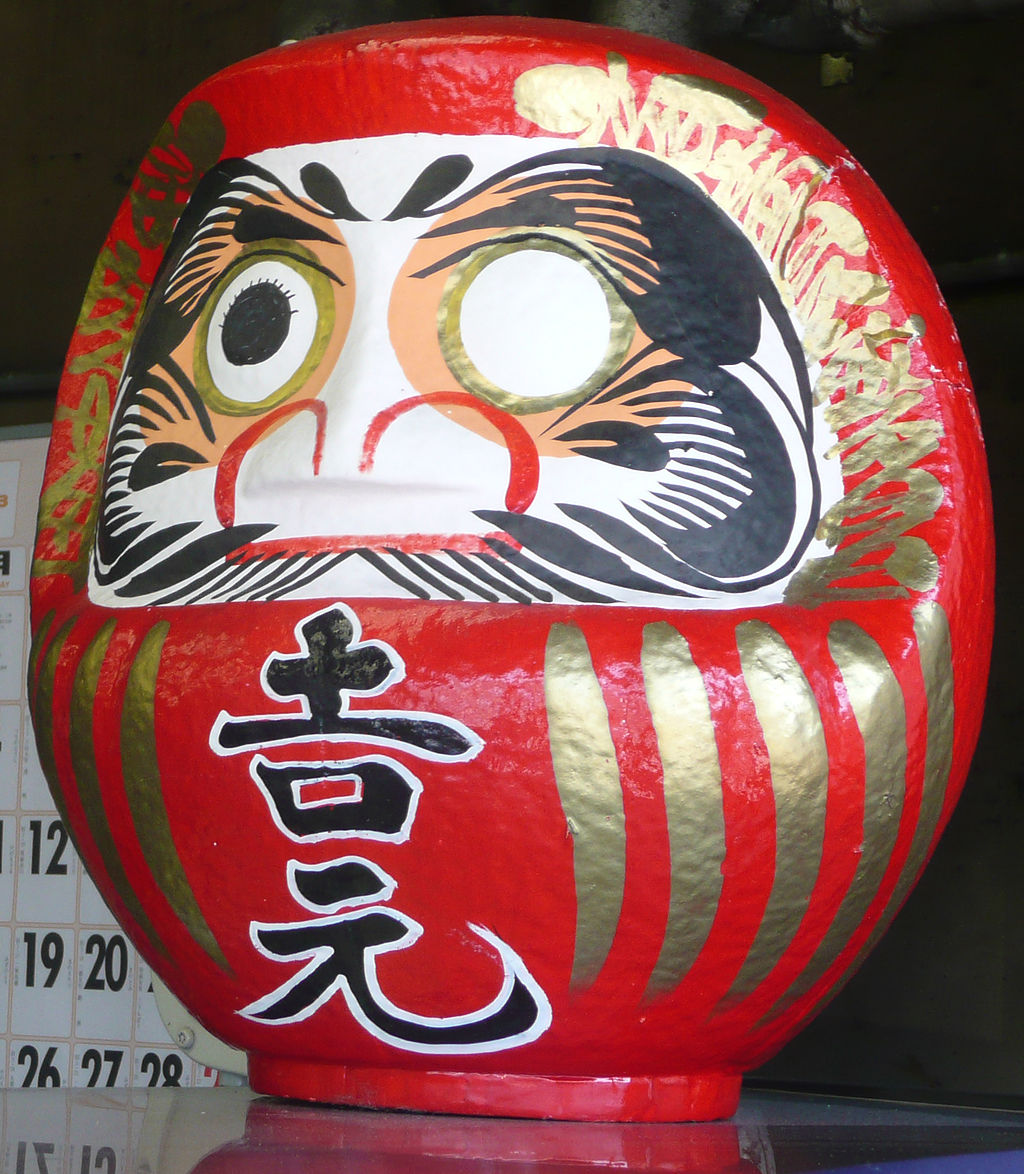 If you’ve spent some time in Japan, you’ve probably come across more than a few of those small, round, brightly colored dolls that sit on shelves and stare at you from one or two white eyes. A bit unsettling at first, these legless, armless, “daruma” dolls are quite charming when their significance is considered. daruma dolls, also known as dharma dolls, are modeled after the founder of Zen Buddhism, and they have become coveted talismans of good luck in Japanese households. In addition to being good luck charms, the dolls also serve as reminders to remain steadfast and determined in pursuit of your goals. Their round, hollow design allows for these dolls to rock back upright if they happen to be knocked over; a physical embodiment of the famous proverb, “fall down seven times, stand up eight.”

Like many Japanese traditions involving good fortune, daruma dolls have their own exclusive, annual, celebratory event. In the early months of each year, daruma festivals are held in multiple cities across Japan, where people can buy their dolls for the new year. Traditionally, the dolls are sold with two white eyes, and once purchased, one of the eyes is painted black, and a wish or goal is inscribed on the backside of the doll. Until the goal is attained, the unfinished doll sits as a patient reminder to stay focused on the mission you set out to complete. Once that goal has been accomplished, at some point in the following year, the owner of the doll can finally complete the figure by filling in the second eye. Many Japanese households keep the dolls in their family shrines so that their goals and wishes can be reflected on daily.

The Mihara Shinmei-ichi Daruma Festival, in Hiroshima, is one of the largest festivals in Japan celebrating this tradition. For three days in February, the area surrounding Mihara station is crowded with 500 food stands and daruma doll shops, and the festival comes alive with activity. Thousands of people peruse the market stalls, trying out some notoriously-tasty Japanese festival food while they search for their perfect daruma doll. Besides the traditional doll styles, visitors can also purchase some modern variations in different shapes, colors, and even characters. Overlooking the main gate of the festival is the nation’s biggest daruma doll, weighing in at over 200 kilograms, that is kept on display throughout the event.

If you’re looking for something to do around Hiroshima in February, the Mihara Shinmei-ichi festival is an exciting option. The event is free to attend and offers fun activities to enjoy, such as karaoke competitions, haunted houses, and a market selling plants and shrubs in addition to the food and daruma dolls. Head over to the area north of Mihara station between February 12-14 and celebrate this traditional symbol of good luck and achieving your goals!