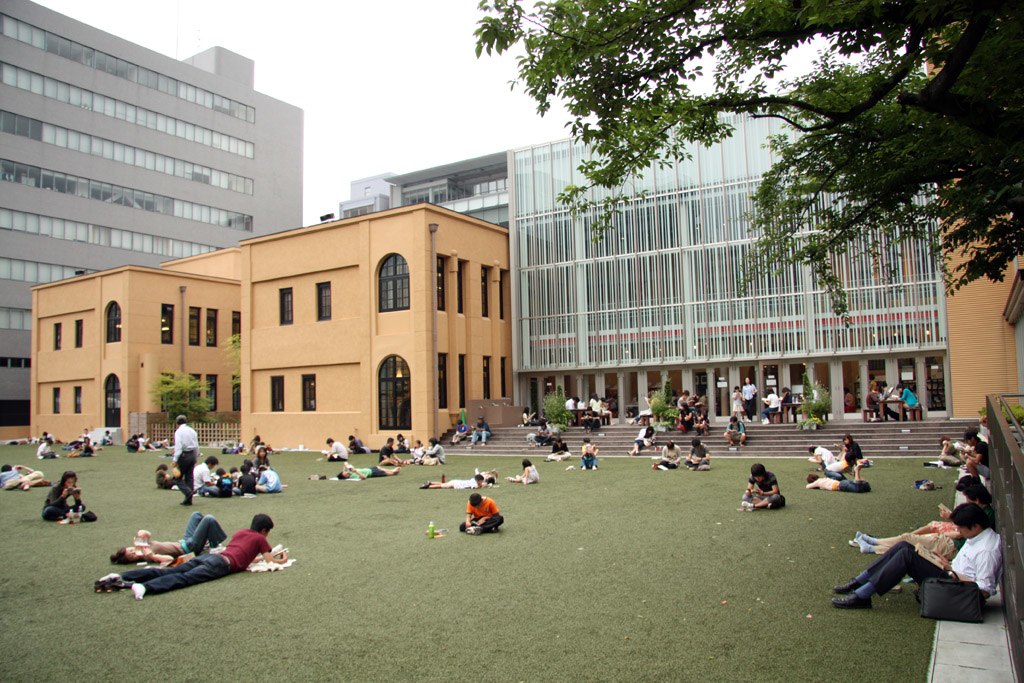 There’s no better place in the country for fans of manga than the Kyoto International Manga Museum. Visitors have the chance to browse a massive collection of manga that spans three floors, visit exhibitions, and read manga on the museum lawn (weather permitting). The building was formerly an elementary school, and some items from the school remain.

Although it is called a museum, the main part of the Kyoto International Manga Museum is more like a library. The museum aims to collect and preserve a wide range of manga for cultural and research purposes. There are a total of around 300,000 items in the collection, including 50,000 volumes of manga dating from the 1970s to the early 2000s. Other items include caricatures, magazines, and post-war rental books.

In addition to reading, you can learn about manga in the exhibition rooms. A permanent exhibition called “What Is Manga?” looks at the role manga has played in Japanese society over the decades. The exhibition also demonstrates how manga has changed, displays the different tools used to create manga, and examines the impact that manga has had internationally. At any given time, there are also various temporary exhibitions that display manga, anime, and related items from multiple artists.

A traditional type of street entertainment, kamishibai uses pictures to tell a story. It was particularly popular between the 1930s and 1950s — in other words, it predates manga. However, the two art forms are related. Many famous manga artists started out practicing kamishibai. There are kamishibai performances at the museum twice a day on weekdays and three times a day on weekends, with each show lasting half an hour. Between shows, you can see apprentices training.

You can make the most of your visit by attending the museum when an event is taking place. Many of the events are focused on spreading manga to a global audience and feature talks, conferences, and lectures with artists from around the world. Others give you more hands-on experience, such as manga drawing and cosplay events. For the drawing workshops, you will need to understand Japanese or bring an interpreter along with you.

The perfect way to remember your visit is to have your portrait drawn. It’s also an excellent opportunity to see the creation of manga in action. There are several resident artists, all of whom have their own style. You can choose the style you like most for your portrait. The artists can even create portraits of other people — just bring along a few photos for the artist to use.

Before you leave Kyoto International Manga Museum, be sure to head over to the café. Even if you’re not hungry, it’s worth a visit, as it has illustrations and signatures of famous artists adorning the walls.