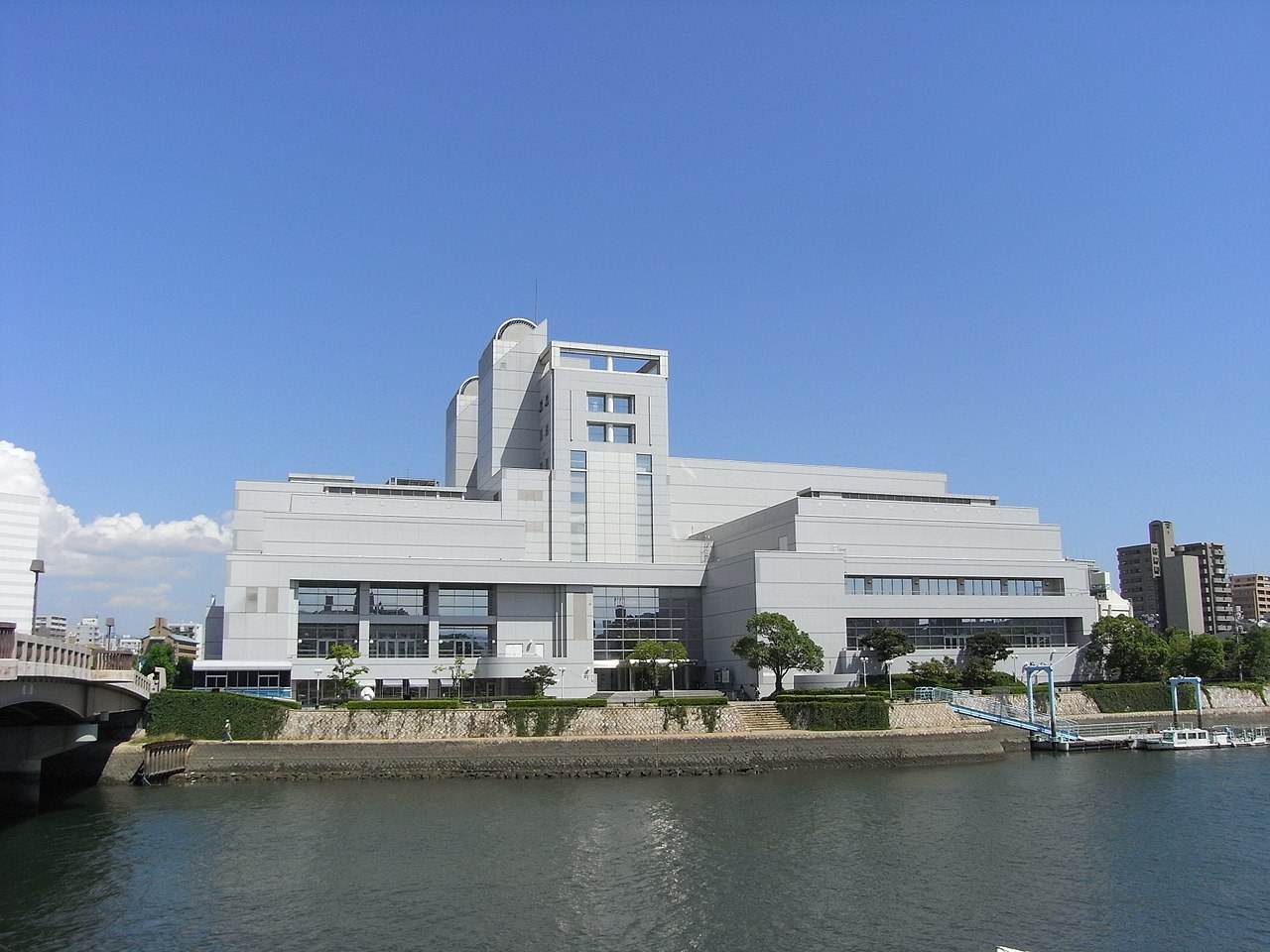 Both of my daughters have attended and enjoyed this wonderful local film festival for their entire lives. If you’re living in Hiroshima, or are lucky enough to be passing through town between the August 23 and 27, you have to make time in your schedule to drop by, if only for an hour or so.

The Festival, launched in 1985 on a biennial basis, was shifted to even numbered years in 1990, which means that in those years, following the grim anniversaries of the bombing of Hiroshima and Nagasaki, we enjoy cartoons. That sounds flippant, perhaps, but in fact Hiroshima was selected by Association International du Film d’Animation precisely because the city is an inspirational example of international solidarity and cooperation through the medium of art.

The face of the festival is a somewhat troubling mascot named Lappy, some sort of a sea lion or aardvark with an alcoholic’s nose. But my kids love him. Maybe you will too. What I love is the chance to see some genuinely outstanding animation brought to the festival by filmmakers from around the globe. There are children’s sessions, of course, with features running from cute to whimsical, but there are also some very challenging pieces shown here.

In 2018, the festival headlines short films from Yoji Kuri, at 90 years of age one of the truly Grand Old Men of Japanese animation. His darkly comic, often bizarre animated films helped set the tone for generations of animators to follow, both inside and outside of Japan.

However, lest you think this is another predominantly Japanese event masquerading under the “international” tag, this year’s festival also prominently features a selection of films from the Belgian Raoul Servais, another 90-year-old legend, and the Dutch Oscar winner Michael Dudok de Wit. There will also be an introduction to the animation of Estonia, and a “Best of the World” section. Jurors for this year’s competition come from Canada, Estonia, Russia and Switzerland, in addition to Japan.

Each of the first four days of the Festival features a competition, with 75 carefully chosen films to be screened in addition to the special exhibitions mentioned above. On Thursday, August 23, for instance, the first day’s competition begins at 17:30. After an opening ceremony, 19 films will be shown, ranging in length from “The Battle of Romano,” a two and a half minute Swiss entry, to the 13 minute “Strange Case” from Poland. Multiple jurored prizes will be awarded, the top two for a million yen each, along with a 100,000 yen “Audience Prize” for an animation selected by Festival viewers. The best part is that the competition segments are scheduled so that they never conflict with the Festival’s other offerings, allowing attendees to pick and choose from an array of options without having to forgo the main event.

I’ve only scraped the surface here. With loads of features to watch, and events ranging from lectures to a flip-book contest, from hands-on computer animation tutorials to the chance to bring a character to life through voice-acting, the Festival has something to occupy anyone who visits. The films are subtitled in Japanese and English, with opportunities to speak with their creators after the showings. Truly one of Hiroshima’s best ongoing events.

Cost: Children 12 and under are admitted free. Otherwise, ticket prices range from 600 yen for a single-program student ticket purchased in advance to 12,000 yen for an adult all-programs-all-days pass purchased at the door. Check the website’s “Ticket and Access” section for further information.

Access: The red Number 24 bus from the local (south) side of Hiroshima Station runs approximately every fifteen minutes and makes a stop across the street from Aster Plaza, shortly after turning south from Peace Park. Any taxi driver in town will know Aster Plaza as well. Again, check the website for alternate routes and a map to the venue.