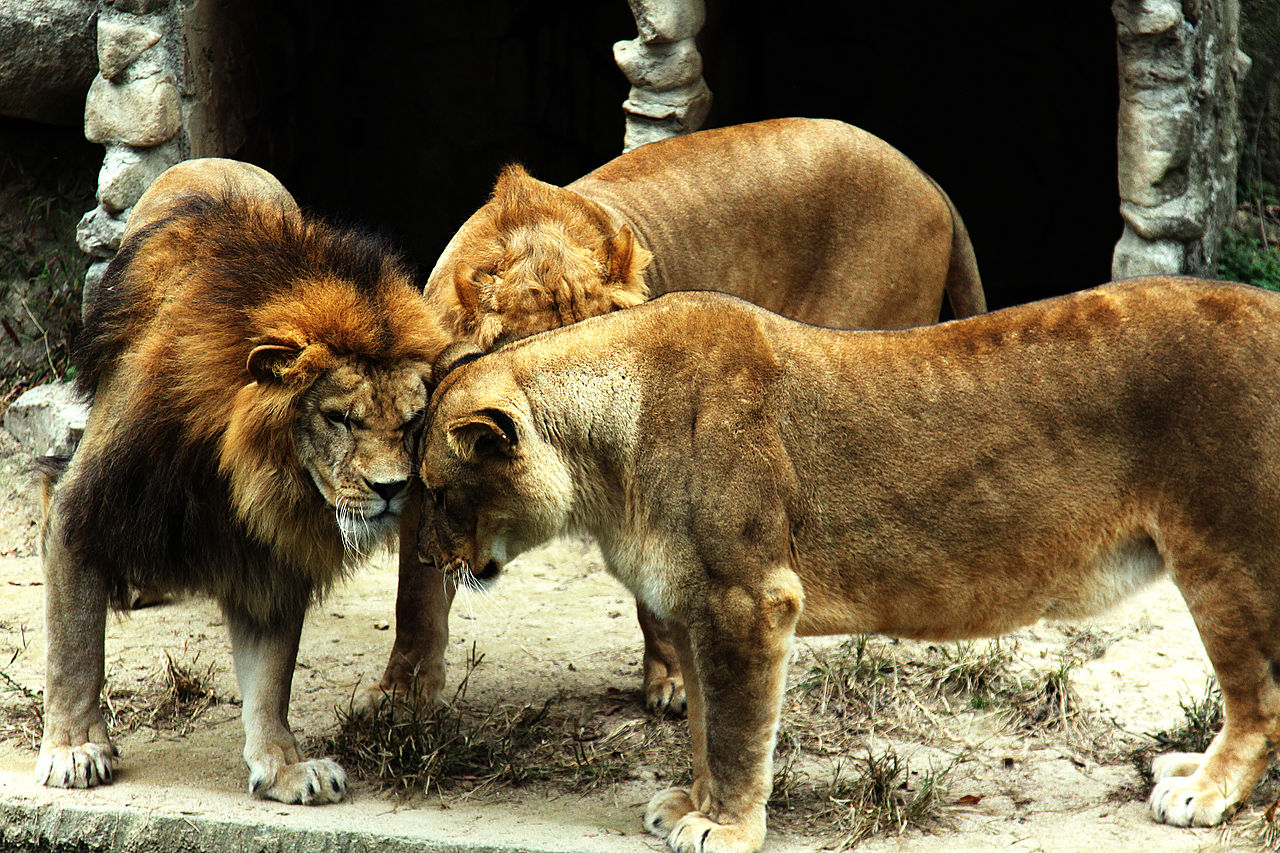 If you’re just visiting Hiroshima, or here for a few months, you can probably give this a miss and look for other ways to spend your weekend. But for diehard zoo aficionados or families with children, Asa Zoo makes for a good day out.

Several online reviews for the zoo say it’s small, but I suspect some of these folks missed a turn or two. It’s not San Diego, but at 25.6 hectares for the animal exhibits (and roughly twice that if you include park and playground space), the 160 or so species (represented by some 1500 individual animals) on display here are more than enough to satisfy most visitors. And as a bonus, even smaller children can see them all in a single visit.

As you enter the zoo, the first thing you’ll see (and smell) is the large olive baboon enclosure, an artificial mountain where dozens of the apes clamber up and down and over one another, mothers carrying babies and larger males occasionally having noisy quarrels. One of the main draws here is the tunnel that leads through the mountain’s interior, offering a closer look at the baboons through thick glass and even the chance to play tug-of-war using a heavy steel chain. Be warned: baboon wins.

If you continue to the right, you’ll find an information center where you can learn a little more about many of the animals you’ll be seeing. There is also another tug-of-war game, this one simulated, that lets you pit your might against animals from a sheep to an African elephant.

As for the elephants themselves (and their improbable closest living relative, the tiny rock hyrax), you’ll need to wander down the long path past the savannah terrace, where zebra and ostriches join a group of giraffes. A viewing platform puts you at eye level with the giraffes, a big hit with some kids.

There’s lots more to see, and you should definitely ask for a map when you buy your ticket. I wasn’t kidding when I said that some people probably miss parts of the zoo, and the otters are worth seeing. The petting zoo is very popular, with pony rides, a stream to play in, pigs, sheep and goats to pet and guinea pigs and rabbits that can be held. There’s also a reptile and nocturnal animal house, which can be great fun when the animals are cooperative. I’m especially fond of the slow loris. This is a good place to see the local giant salamander, too. When you finally spot the thing it really is, er, giant. The crocodile, on the other hand, is a pygmy crocodile, and has been sitting in the same corner with his (or her) mouth open on so many visits that I’ve begun to wonder whether he’s stuffed.

If you need a break, or want to stop for lunch, you have several options. There are two small restaurants, one in the petting zoo area and another at the zoo’s center, by a carp-filled pond. There are also many places where you’re free to sit down with a picnic lunch you’ve brought in yourself. A couple of playgrounds round out the possibilities for any child who needs a breather between wild encounters, and for those who want to stretch their legs the walking paths extend across an area nearly half again the size of the main animal exhibits.

In summer (check the website for precise dates), the zoo holds its “Night Safari.” This is great fun, and of course considerably cooler than a daytime trip would be in July or August. Some of the animals have already turned in, but many only seem to be more active in the evening, and being in the zoo after dark offers the thrilling feeling of having broken in, even with all the other visitors around.

Exit Hiroshima St. from the South Exit and go down the stairs.

Look for animal photos on pillars as you pass through the underground passage.

Find the stairs for Platform B.

From the No.9 bus stop, take the Asahigaoka bound bus (Hiroshima Dentetsu Company).

Get off at the Dobutsu-koen (zoo) bus stop.

From Hiroshima Station (train and bus）

Take a JR train going to Shin-Hakushima and transfer to the Astramline. Get off at Kamiyasu. From the Kamiyasu stop, take the bus bound for Asahigaoka or Imuro and get off at Asa Dobutsu-koen (zoo). 45 minutes total.

By car from downtown Hiroshima

Take Route 54 along the Astramline and turn right at the Kamiyasu crossing just after Kamiyasu Station. A 40‐minute drive. Parking lot fee is 450 JPY for private cars.

Admission: 510 JPY for adults, 170 JPY for Seniors and children high school age and under.