Hatsumode in Nagoya – Shrines to Visit for New Years 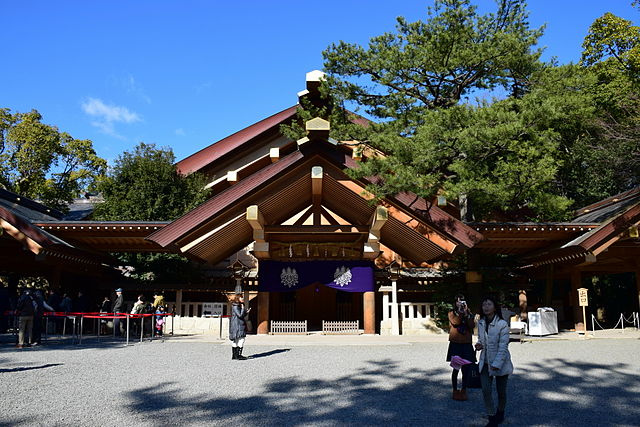 Hatsumode in Nagoya – Shrines to Visit for New Years

Oshogatsu, or New Year, is the most important holiday in Japan. Businesses shut down from January 1 to January 3, and families gather to spend time together.  The New Year Lottery numbers have been announced, New Year cards have been exchanged, and most places around Japan start looking like ghost towns. Sometime during those first three days, most people all over the country will enjoy a visit to the shrine to pray for prosperity, purchase good luck charms, and write their hopes and dreams on wooden plaques to hang for good fortune in the new year.

Here are a few impressive shrines for you to see in the New Year: 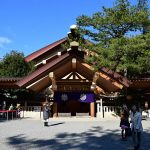 Atsuta Jingu was originally founded about 1900 years ago, when the sacred sword Kusanagi-no-tsurugi, one of the Imperial symbols, was enshrined. The shrine has a peaceful feel (although not in the New Year period when people line the paths to pray) and boasts many old and beautiful sacred trees. Going there by train is preferable to by car as there is not much parking. The shrine is accessible via Jingu Nishi Station on the Meijo (purple) subway line or Jingu-Mae on the Meitetsu line.

This shrine in the countryside of Kuwana was established over 1500 years ago.  The shrine’s symbol is the horse, as is reflected in the festival that happens there every May in which horseback riders wearing samurai armor jump horses over a small cliff.  This horse festival is its most famous activity, but it is still a popular destination for New Years’ as well, that wouldn’t be overly crowded if you wanted to avoid the throngs.

Be prepared to climb stairs, though, as there are many. Traveling there by car is preferable, although the nearest train station would be Kuwana on the JR or Kintetsu Line. This shrine is located between Nagoya and Ise – not that I’m suggesting that you try going to all three shrines listed here in one day.

One of Japan’s most important shrines and cultural assets, Ise Shrine, known as “Jingu,” has a history of about 2000 years. Established to worship the goddess Amaterasu-omikami, whose tears are said to have made up Japan’s many islands.

The inner sanctum (Naiku) is purportedly the home of the sacred mirror, meaning that two of the three sacred artifacts (the mirror at Ise and the sword at Atsuta) are close to home for those living in Nagoya. You can’t see the sacred artifact itself. Still, you can feel the shrine’s spirituality in the holy forest, which was traditionally harvested for the cypress used to fortify the shrine in ceremonies.

Osu Kannon Temple was moved to its current location by the very late and very great Tokugawa Ieyasu in 1612. The main temple on the site today was reconstructed in 1970. Osu Kannon’s library contains over 15,000 Buddhist texts, including the oldest know hand-written copy of the “Kojiki,” a historical chronicle of early Japanese history.

This temple is probably the easiest to visit on our list, but that makes it no less worth the trip.  Ringing the bell will require at least an hour in line, and there are plenty of food stalls available; in short, this is a popular place, even if less so than Ise or Atsuta Shrines.