Hatsumode in Kobe – Shrines to Visit for New Years 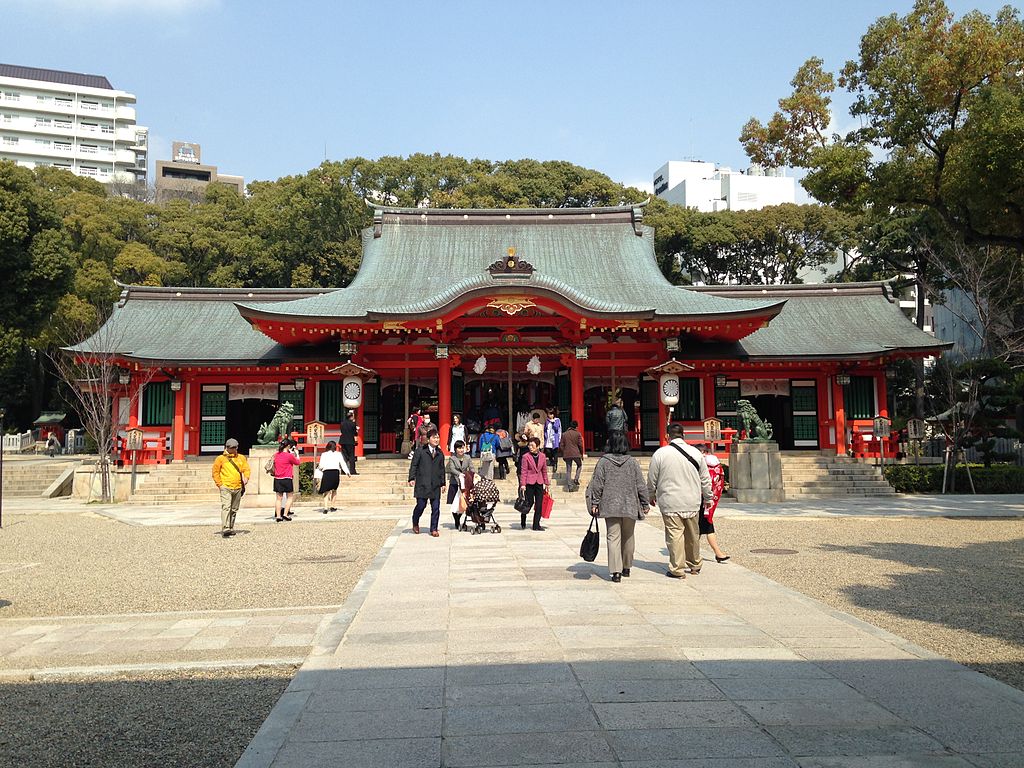 Hatsumode in Kobe – Shrines to Visit for New Years

Japan only started celebrating the New Year on January 1st in 1873, when it adopted the West’s Gregorian calendar. Traditionally, the Japanese New Year was set to the Chinese calendar. As this is a lunisolar calendar, New Year falls on a different date each year. Now, though, New Year in Japan is always January 1st, and most of the country shuts down for several days before and after the occasion.

The New Year celebration involves eating traditional food such as rice cakes and buckwheat noodles. At midnight, Buddhist temples ring their bells 108 times (107 before midnight and once in the new year) to represent the 108 worldly desires. People also send postcards to friends and relatives. However, the most important activity for many is the first Shinto shrine visit of the New Year. This is called hatsumōde.

Worshippers take this pilgrimage to a shrine to pray for good luck in the year. They also use the opportunity to buy good luck amulets — to shift fortunes in their favor — and bring their old charms to be burned. Some shrines attract millions of visitors during the first three days of the New Year, which results in long lines of people waiting to enter.

There are a few top shrines to consider visiting in and around Kobe to experience the tradition for yourself. 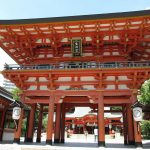 Ikuta Shrine is located in the busy Sannomiya district, right in the heart of Kobe. Erected in the 3rd century AD for the Empress Jingu, it may be one of Japan’s oldest shrines.

Although it’s small, Ikuta Shrine is one of the most popular places in the city for amulets. In particular, the shrine is a guardian of health, taking its name from the Chinese character meaning “life.” As good health is at the top of many wish lists for the coming year, Ikuta Shrine is a top destination for hatsumōde. There is also a small duck pond at Ikuta Shrine — and since some ducks mate for life, it is a particularly popular hatsumōde for couples. 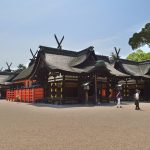 Sumiyoshi Grand Shrine is the principal shrine honoring the Sumiyoshi Sanjin — the sea and sailing gods. The shrine is worthwhile visiting at any time of year to see the unique architectural features. However, it is best known for the crowds that pour into the Sumiyoshi Ward of Osaka for hatsumōde.

An estimated two million worshippers climb the steps to Sumiyoshi Taisha on the first couple of days of every New Year. This is anything but a solemn occasion: vendors and food stands surround the shrine, and there’s plenty of entertainment for those waiting in line.

Hirota Shrine in Nishinomiya City is another place of worship built to honor Empress Jingu, one of three. It is also a “grand shrine” — the only one in Hyogo Prefecture. Hirota Shrine is best known for azalea bushes that bloom in the spring. It is here that the Hanshin Tigers players come to pray for victory and health before every baseball season.

However, Hirota Shrine also sees visitors at the very beginning of the year. The devoted come on New Year’s Day to pick up fortunes written on strips of paper. These are called omikuji and foretell either great blessings or great curses awaiting the recipient.

If you’d rather visit a temple than a shrine, Sumadera Temple is a great option. Near the outskirts of the city, it’s away from the crowds. The temple dates back to the late 9th century. As well as a religious place, it is a memorial for the Gempei War between the Minamoto and Taira samurai clans. Within the temple complex is a treasure hall filled with artifacts from this period.

Sumadera Temple is a superb place to spend New Year for the nature that surrounds the complex. There are Kobe Bay views and a Gempei garden, where you can continue learning about this period in Japanese history.

Another temple to consider is Mayasan Tenjo-Ji Temple. Located on Mount Maya, its name means “temple over the heavens.” The original temple was completed in 646, but it burned to the ground in 1975. The new temple sits slightly higher up the mountain. It’s a peaceful place to go for hatsumōde without the crowds you’ll experience at other shrines and temples.

Tosen Shrine is dedicated to Sukunahikona, the deity associated with hot springs. The best day to visit for hatsumōde is January 2nd. On this day, the shrine holds a small festival to bless the waters of the nearby Arima Spa. You can even bathe at the onsen during your visit.

Alternatively, you could visit your favorite temple or shrine in Kobe. Virtually all of them have something for hatsumōde.