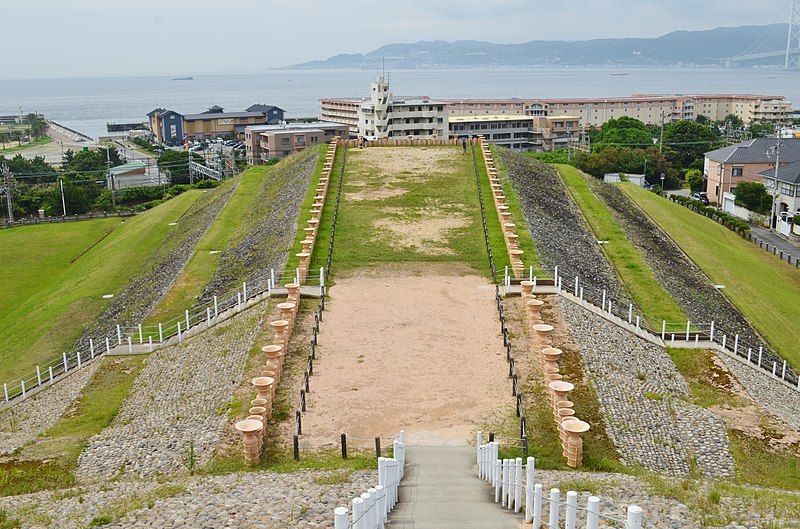 In the Christian world this is the time of the year for All Souls’ Day when the memories of the deceased are commemorated. Many religions celebrate the departed at other times. Monuments to the dead are some of the world’s most revered tourist attractions, the Taj Mahal in India and the Egyptian pyramids of Giza among them.

Japan has its own ancient burial tombs, known as kofun, or “ancient graves.” Kofun refers to the ruling class in the country from the 3rd to the 7th century when mounds were built as tombs for assorted emperors, empresses, and other movers and shakers of the era. Entering this century, scientists had identified 161,650 kofun tomb sites around the country.

Kofuns are believed to be unique to Japan, although the practice may have originated in Korea. The burial mounds would begin by placing a coffin, often made of stone, on the ground and walls would be built up to create the burial chamber. The soil excavated to create the mound would not be replaced so the pit could fill with water and form a protective moat for the deceased.

Japanese burial mounds were built in the shape of a keyhole with one flat-sided end and one rounded end. The burial chamber would be in the circular end and the square end would be where ceremonies would take place during the burial. Swords and other mementos were often placed in the tumulus. This mound shape resembles a keyhole when viewed from above but is not recognizable as such from ground level. The ancients would not tend these kofun mounds and nature would retake the grounds so that many burial tombs could well look like any patch of forest. Except for the largest of the kofuns.

Japan’s supreme keyhole-shaped burial mound is on the cusp of Sakai, an ancient city in Osaka Prefecture. A cluster of 50 burial mounds for the revered emperor Nintoku is said to be the largest area of any tomb on the planet. With an estimated 2,000 laborers toiling every day for 16 years, the mound grew to 35 meters high and 486 meters long.

The Goshikizuka Kofun, “five colored tomb”, is the largest keyhole burial tomb in Hyogo Prefecture. While not half the size of the Nintoku structure, it is nonetheless an impressive feat of ancient architecture, rising 18 meters tall and stretching 194 meters across. The interred residents are believed to have been an important local clan in the 4th century that held sway over the present Akashi Kaikyo region.

In the 1960s, a renovation was undertaken to preserve the 1600-year old relic. The sides of the mound are covered in river stones called fukiishi in what is thought to have been a common building practice. While visitors can not examine the interior of the burial tomb, flights of concrete steps lead to the terraces and flattened top of the Goshikizuka Kofun, which serves up photo-worthy views of the Akashi Kaikyo Bridge, Kobe Bay and the surrounding cityscape.

By Saigen Jiro (Own work) [CC0], via Wikimedia Commons