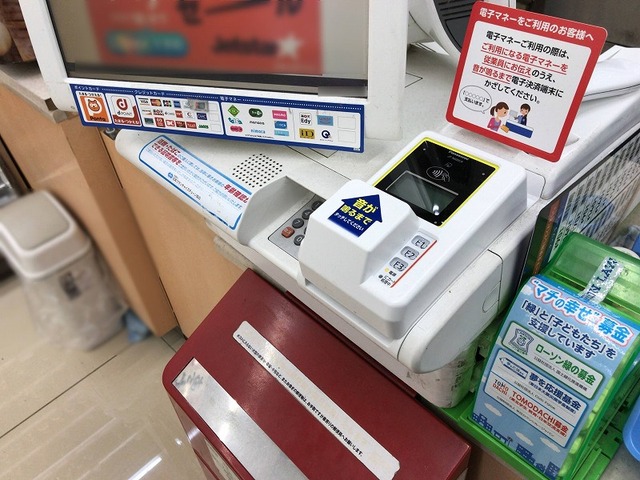 Almost 20 years ago in order to prepare for my first trip to Japan I was advised by my travel agent as well as my cousin who resided here already that I needed to bring plenty of cash and traveler’s cheques (remember those?) with me because Japan doesn’t do credit cards or ATMs for foreigners. But in 2019, not only are there cash machines in every convenience store, but many stores and restaurants take credit and debit cards as payment and e-money like transport passes and Apple Pay are also becoming almost universal as well. Plus now there seems to be a “_ Pay” barcode mobile payment scheme popping up all over the place in Japan, emulating how transactions work in places like China.

This is all because the perfect storm of Rugby World Cup 2019 and Tokyo Olympics 2020 that will bring the world to our neck of the woods expecting their credit cards to work seamlessly… But the major reason is due to the national consumption tax levied on almost all purchases set to raise from 8 to 10% in October. In order to combat some of the shock it will place on many households, the government has proposed a rebating system that will automatically roll back the tax rate to between 5 to 8% depending on the product being sold and the amount of goods purchased in a set period by the consumer. In order to track these purchases, one will need to use an electronic payment scheme; a credit or debit card, e-money like Suica or Edy, or barcode payment app like LINE Pay or R Pay to even Japan Post’s Yu Pay. This scheme applies to foreign residents who hold long term visas 1 year and longer, but not short-term visa holders and visitors.

In an effort to get a feel of this new “cashless society”, I went about my daily routine for a week without using cash as much as possible. This includes my commute from Setagaya Ward to Kokubunji in Tokyo for work, as well as leisure time with my partner, 3 kids and a dog.

A Week of Cashless Life

Day 1: Commuting is easy since I use Mobile Suica and Apple Pay. In fact, I keep two virtual Suica cards: One on my Apple Watch for actually using public transport (this way I don’t need to even dig my phone out of my bag or pocket) and one on my iPhone (used for buying things at the store or vending machines.) Stopped at McDonald’s by work for coffee and a McMuffin and paid with Suica there too. For lunch I went to Lawson and used LINE Pay’s QR code because they’re offering cash back. During the PM commute, I stopped at the grocery store and used my Seven Bank debit card, as usual.

Day 2 Same as above with commuting. Went to 7-Eleven for a lunch bento and used my Seven Bank Card’s Nanaco e-money function there because there was a 30% points back deal on my bento and a reduced price for the juice I bought. I went to Lawson 100 (a chain of ¥100 stores operated by the convenience store chain) and picked up some knick-knacks. Used Line Pay Barcode there.

Day 3 I needed to recharge my Suica train pass and used the Seven Bank ATM to withdraw cash from the bank then load it onto the virtual Suica right at the machine. I could’ve just used the app to do this with a few taps but I wanted to see how the new ATMs deal with Mobile Suica. I also used Apple Pay at the vending machine at my job to buy a canned coffee.

Day 4 Was a carbon copy of the last few days mostly, but I also needed to get a new cable for my phone charger. Using Line Pay at Bic Camera, I took care of that errand. 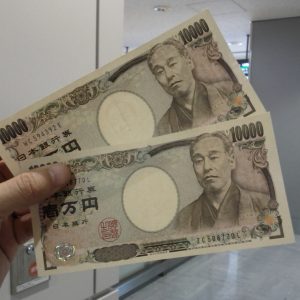 Day 5 Was the same as the above days at work, but afterwards I was invited to drink with a few buddies in Shinjuku. We wound up in Yama-chan. I told my friends about this experiment and when the bill came, I paid using my debit card and they gave me their portions in cash. This exposes the first crack in the system; had we been in my native America, we could split the check at the table and pay separately. Also it’s trivial to use something like Venmo or CashApp to send and receive funds from friends. LINE has this ability but depends on everyone being a LINE Pay user first.

Days 6 & 7 The weekend saw me spending time with my family at home mostly but we decided to go to the theater to see a movie. Toho Cinema’s app allows the use of Apple Pay to purchase tickets so I used that. The kids wanted Saizeria and that’s when I ran into another roadblock. The location near us is cash-only, so out came the yens. The next day went smoothly with gas station, DIY shop and Costco purchases all being done with cards. However my lunchtime plan hit the cash-only wall again at the local ramen shop and the discount grocery store, Gyomu Super.

You can get by day-to-day without cash in most cases in Tokyo. Most of us here in the Metropolis have access to large chain stores and restaurants. Where it breaks down is the mom & pop shops and places that cater to a local crowd that tends to make small purchases in cash. This will all need to change in a hurry if the government wants to enact the tax hike and rebate system by autumn. Of course we’ll be following up on this as it unfolds here, so stay tuned for future updates.