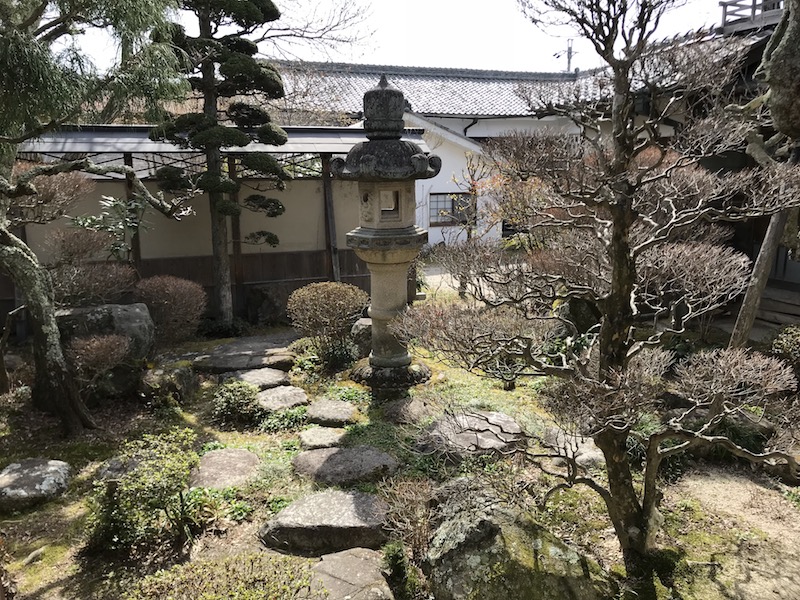 For many visitors to Japan, getting a taste of the country’s proud and storied history sits high on the checklist. To this end, most head to Gion in Kyoto, or Takayama in Gifu, however, once there it is easy to be disappointed. Rather than the quaint, sleepy towns that people envisage, these are – understandably – tourist traps, rammed with people, and every other ‘traditional’ building is a souvenir shop. For those of you who wish to avoid such disappointment, you should instead head to Iwamura.

While today Iwamura is a sleepy village in the foothills that surround Ena City, it was not always thus. Far from it, in fact, because Iwamura was at one time home to one of the most impregnable castles in all of Japan.

Iwamura Castle was founded in 1185 by Kato Kagekado, a vassal to Minamoto no Yoritomo, the first shogun of the Kamakura shogunate. With its location on top of a steep, treacherous hill that was often shrouded in fog – earning it the nickname “Kirigajo”, or “the misty castle” – Iwamura Castle stood undefeated as it became the fief of the Toyoma clan from the 13th to 16 century, with the clan later becoming retainers of the notorious warlord Oda Nobunaga. This reputation as an impenetrable stronghold came to an end in 1572 during the Siege of Iwamura. Though Lady Otsuya, the aunt of Nobunaga who had taken command of the castle after the leader of the castle’s garrison died in the siege’s early days, fought on valiantly against the onslaught off Takeda Shingen’s superlative armies, she was eventually forced to sue for peace to halt further bloodshed, with part of the deal being her marriage to Akiyama Nobumoto, to whom the victorious Shingen entrusted the rule of the castle. However, peace did not last long, as in 1575 Nobunaga sought revenge for the fall of Iwamura, and recaptured the castle, promising to spare Nobutomo and his aunt Lady Otsuya in return for their surrender. However, Nobunaga is not well known for his mercy, and reneged on his promise, executing the pair by hanging upside down – a punishment usually reserved for traitors.

Iwamura Castle, unfortunately, fell victim to the reforms that came during the Meiji Restoration and was dismantled in 1873. However, the castle remains still stand today, and the climb up the hill to them, by way of ancient, tumbledown temples, serves as a reminder as to how impressive – and impenetrable – it had once been. At the top of the hill, you can walk among the footprint of the foundations and look out across the sprawling countryside, imagining the view that Lady Otsuya once commanded herself in those days of battle. 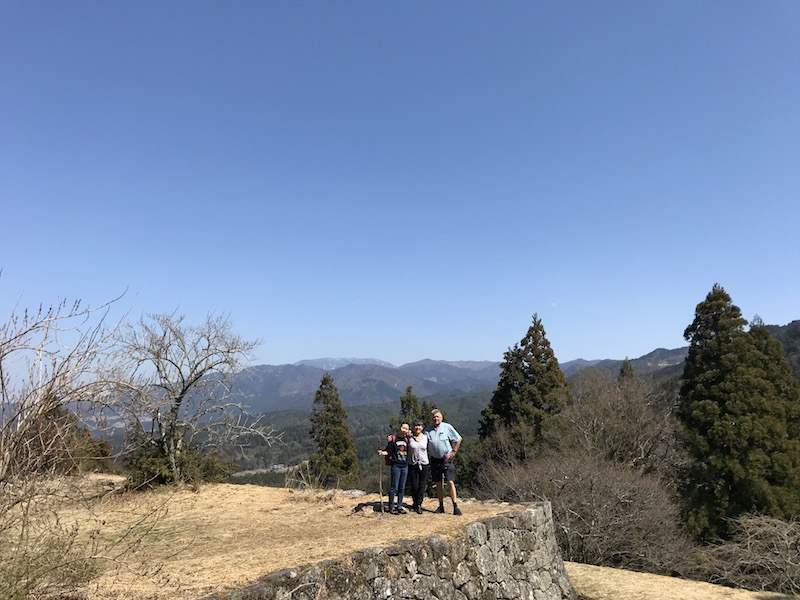 As impressive as they are, Iwamura also has a lot more to recommend it than the castle remains. The village itself is postcard-perfect in its depiction of rustic Japanese architecture, with old buildings of wood and paper packed side-by-side along narrow streets. Here and there you will find shops and restaurants and a few carefully preserved buildings into which you can explore, but most are still working homes. On the face of each building, you will find the name of the woman of the house, a remnant of the time when this castle town was ruled by a fearless female samurai. 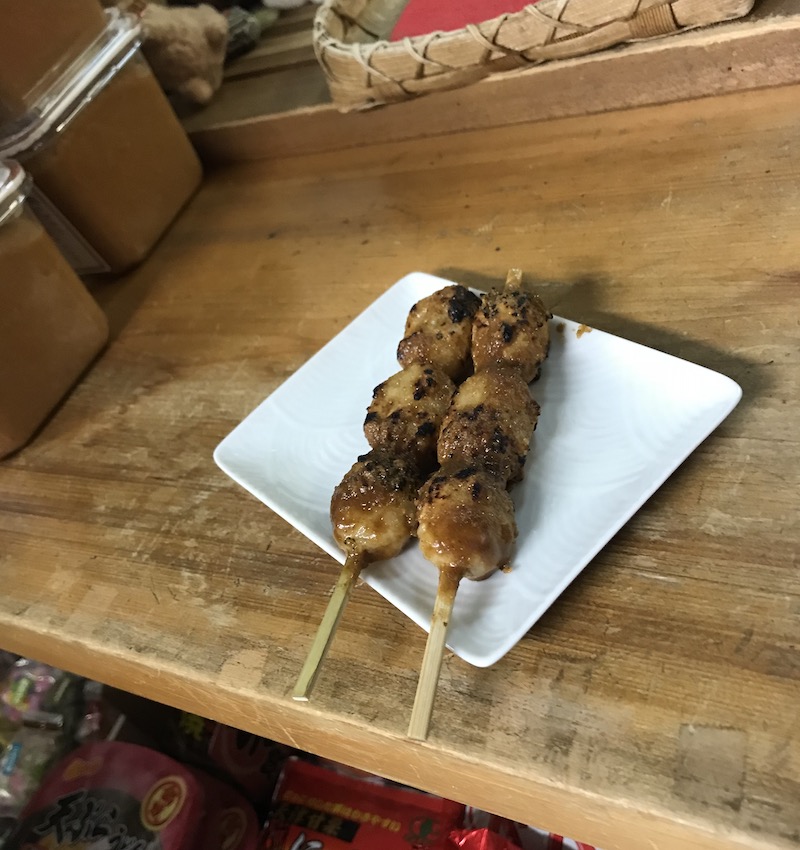 After a pleasant meander around the village, perhaps indulging in some delicious goheimochi – a specialty of the area – you can indulge in a lovely afternoon riding around the local countryside. Bicycles – both regular and motor-assisted – are available to rent from near the train station, and there is no better way to spend your time than winding around the country paths and roads through the rice paddies, discovering ancient shrines and temples hidden within the foothills. 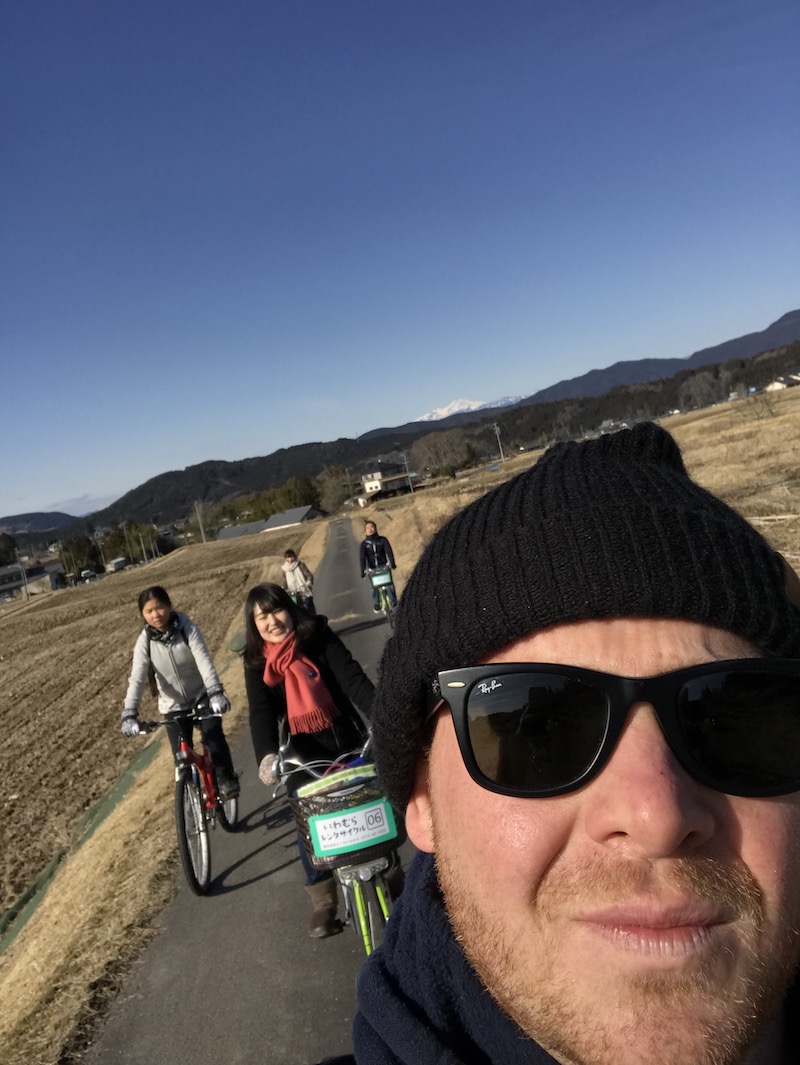 After your excursion, head back into the old town to pay a visit to Iwamura Brewery, where you can take a tour of the factory and sample a range of their delicious sake. You should certainly try their Onano-Jyosyu [Lady of the Castle], their flagship tipple. 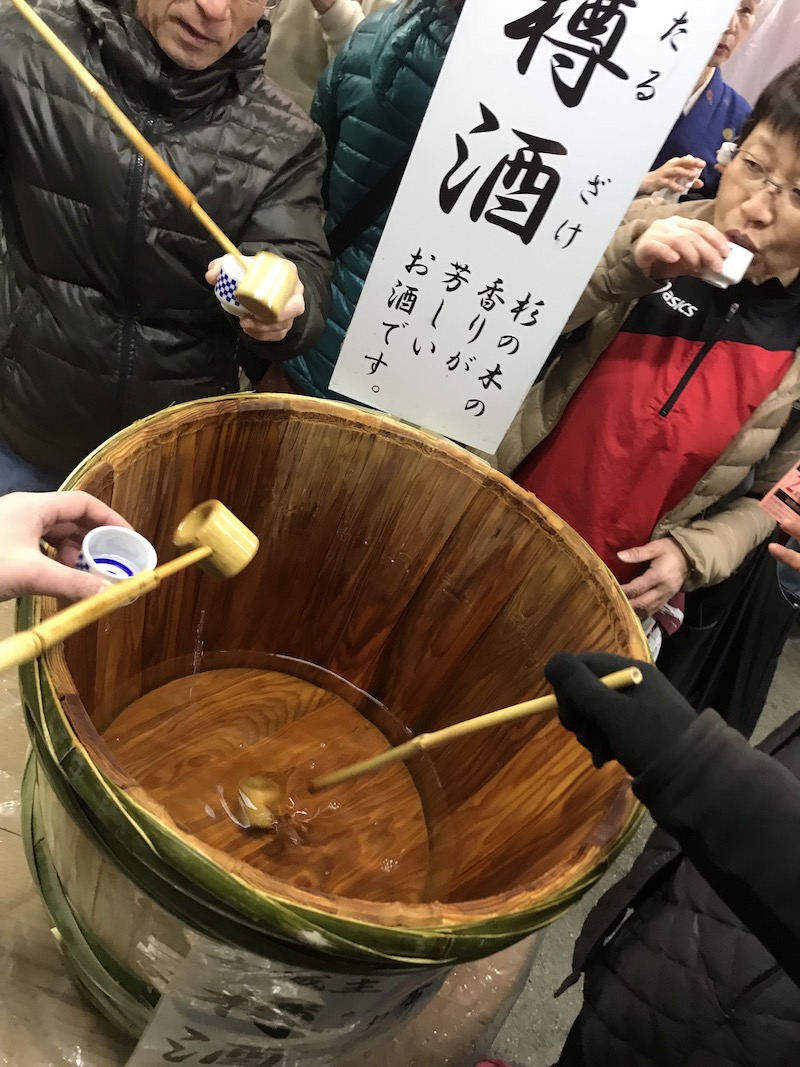 If you wish to extend your stay – recommended, especially during the sake festival in February and the town festival in March/April, when the whole town is lit up with lanterns and bands perform into the night – you should check out Guesthouse Yanagiya, a community-built hostel, renovated from one of the old, traditional buildings to make a guest house with all mod-cons that retains its classic, rustic feel. 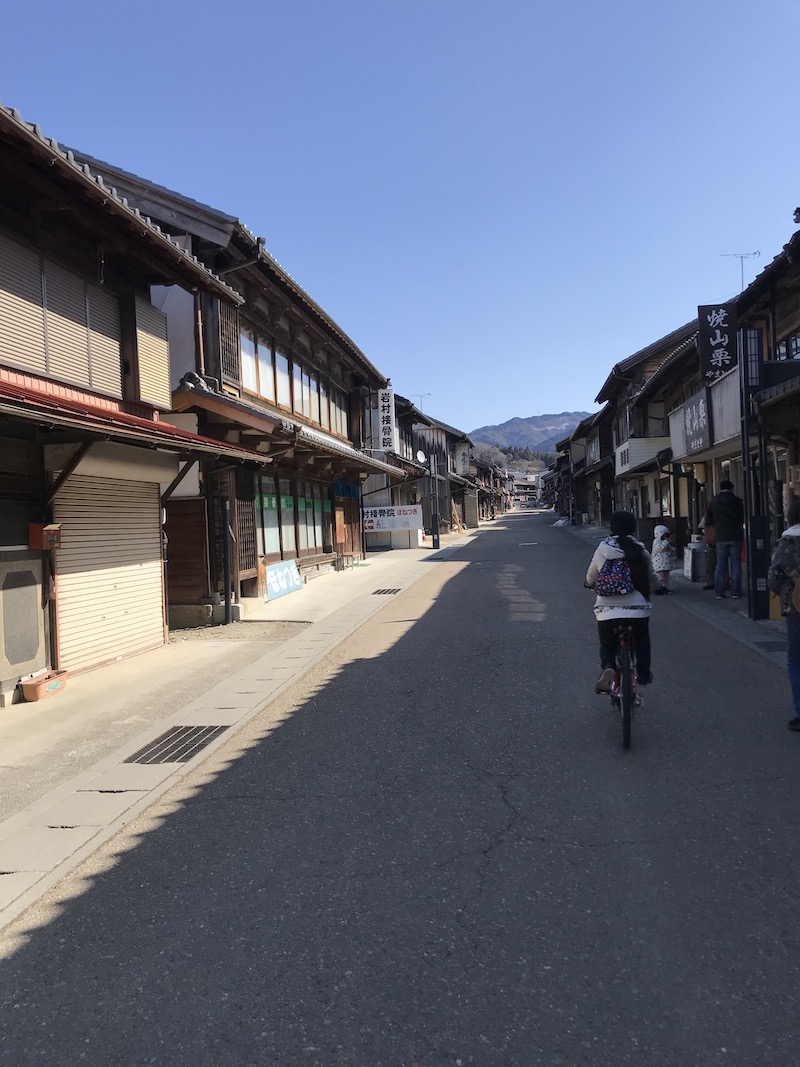 There are a handful of restaurants should you wish to dine in the area, but for something a little different, pop down to Tono Izakaya, a fantastic Showa-era style restaurant with all manner of period paraphernalia dotted around the place and, as luck would have it, an English menu. 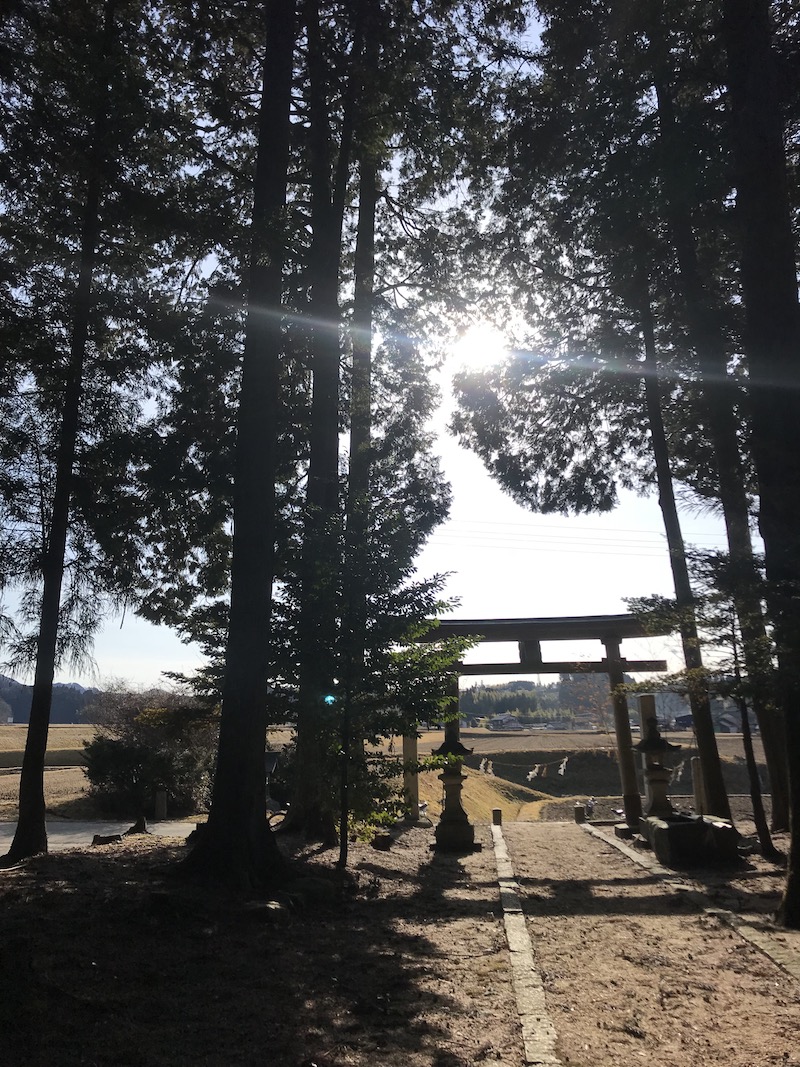 Iwamura is accessible from Nagoya by JR train to Ena City. From there, transfer to the Akechi line (you have to leave Ena Station, turn left to a connected line) on which runs old, single carriage trains at a relaxing pace through the beautiful countryside. That journey alone could be considered worth making the trip to Iwamura, the view is so spellbinding.