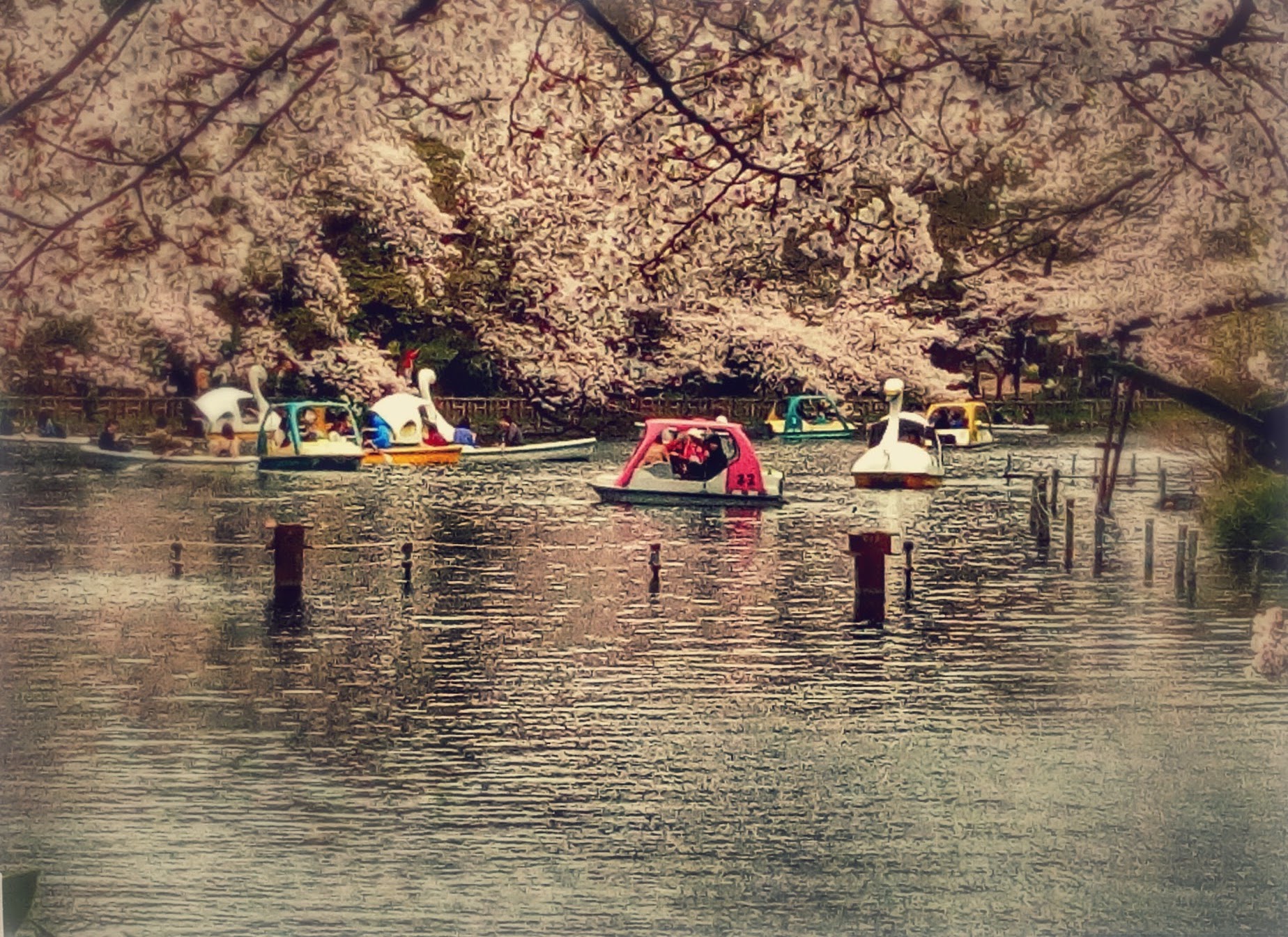 The weather will soon begin to get warmer, the days longer, and it’ll be time again for “hanami.” If you’re new to Japan and Japanese culture, hanami literally means “flower viewing,” but not just any flower will do. We’re talking about Japan’s symbol of all things cute, beautiful, and like the flora itself, fleeting; cherry blossoms. Basically Hanami is a picnic, though with the flowers, and often lights and music, it is more like a picnic at a festival.  If you can get yourself a spot, some gear and some friends with which to enjoy it all with, you are golden.  Here is a list of things to bring and some basic rules, followed by the top five hanami spots in Tokyo!

Must have Hanami Gear

Finding a spot can be challenging, especially in the most popular areas, or seemingly anywhere at “peak blossom.”  Arriving early, literally with the birds at 5am, will help ensure you get something.  The ONLY surefire way to get a spot is arrive early, spread your picnic sheet(s) and sit on them until your guests arrive. Leaving a sheet and a note is tempting, but risky.

Make sure picnics are OK

If you are invited, you MUST bring something everyone else can enjoy

This goes for pretty much anytime you’re a guest in attendance at a Japanese party, but especially for hanami and other group activites. If possible, inquire as to what’s needed (beer, wine, snacks are OK… But I’ve been called a hero for simply bringing paper towels, chopsticks, napkins and paper cups!)

In big popular areas you may find garbage areas set up for you (make sure to check the signage as there are recycling rules in place!) However many hanami areas don’t have trash cans and despite what you may see drunken college students do, DO NOT leave your garbage behind. Just like elsewhere in Japan, expect to take your garbage home with you!

Don’t mess with the trees!

I know the flowers are nice but DON’T break off a branch to take home, it is not appreciated and could mean a property damage violation and some time dealing with the Tokyo Metropolitan Police for your souvenir.

Take your shoes off

A picnic sheet on the ground here is considered an inside area and shoes are not to be worn on top of them. Try to wear shoes that are easy to slip into and out of!

You know what I mean here! Just be cool… you can be cool right? Don’t get “fall down” drunk, belligerent, loud and/or combative. Behave as if you’re relaxing with friends and we will too! Located just to the east of the bustling Shinjuku district and station of the same name, these imperial gardens, which were once meant for the royalty, were completed in 1906 and destroyed in 1945, during the later stages of World War II. Now under the auspices of the National Environment Ministry, the public can enjoy Hanami in style. This one is located just across the Sumida River from Asakusa, home of Sensōji Temple, and about 15 minutes from the new Tokyo Sky Tree. It’s a great place to begin or end a tour of the attractions in that area during springtime.  You can find more information on the Sumida Area, including maps, at the “Visit Sumida Tourism Office” website (English!). My personal favorite, the Meguro River cherry blossoms never fails to impress. About 800 cherry trees line the river for almost 4kms between Gotanda and Shibuya. There are lots of fancy shops and hidden eateries around to enjoy in between gazing at pink trees so take plenty of time and bring your walking shoes. If you want to experience Hanami the Tokyo way, (read: crowds everywhere) then your best bet is to head to Ueno. It goes without saying that you should get there early, but my recommendation is to go later in the afternoon towards sunset if the forecast will be warm. This is because Ueno park has a great “yozakura 夜桜” or night-cherry-blossom-viewing display that’s really nice! This one is a bit of a surprise but no doubt gorgeous as it lies just across the outer lake surrounding the Imperial Palace Grounds and the Japan Budokan. It earned 2012’s top spot for hanami due to its central location; people were able to relax under the blossoms after a hard day at work! If you work nearby, perhaps you should check it out too. Venturing outside the 23 Wards and into the west Tokyo ‘burbs on the JR Chuo or Keio Inokashira to Kichijoji Station already affords you entry into one of the area’s coolest neighborhoods for shopping, dining and people watching; Kichijoji. But in the beginning of spring, Inokashira Park on the area’s southern end turns into an explosion of pinks and white, as the majority of the the trees around the main lake are of the Japanese Cherry variety. With the banks of the lake sporting 250 of the trees in bloom, why not rent one of the paddle boats and catch the view from the middle of the lake?